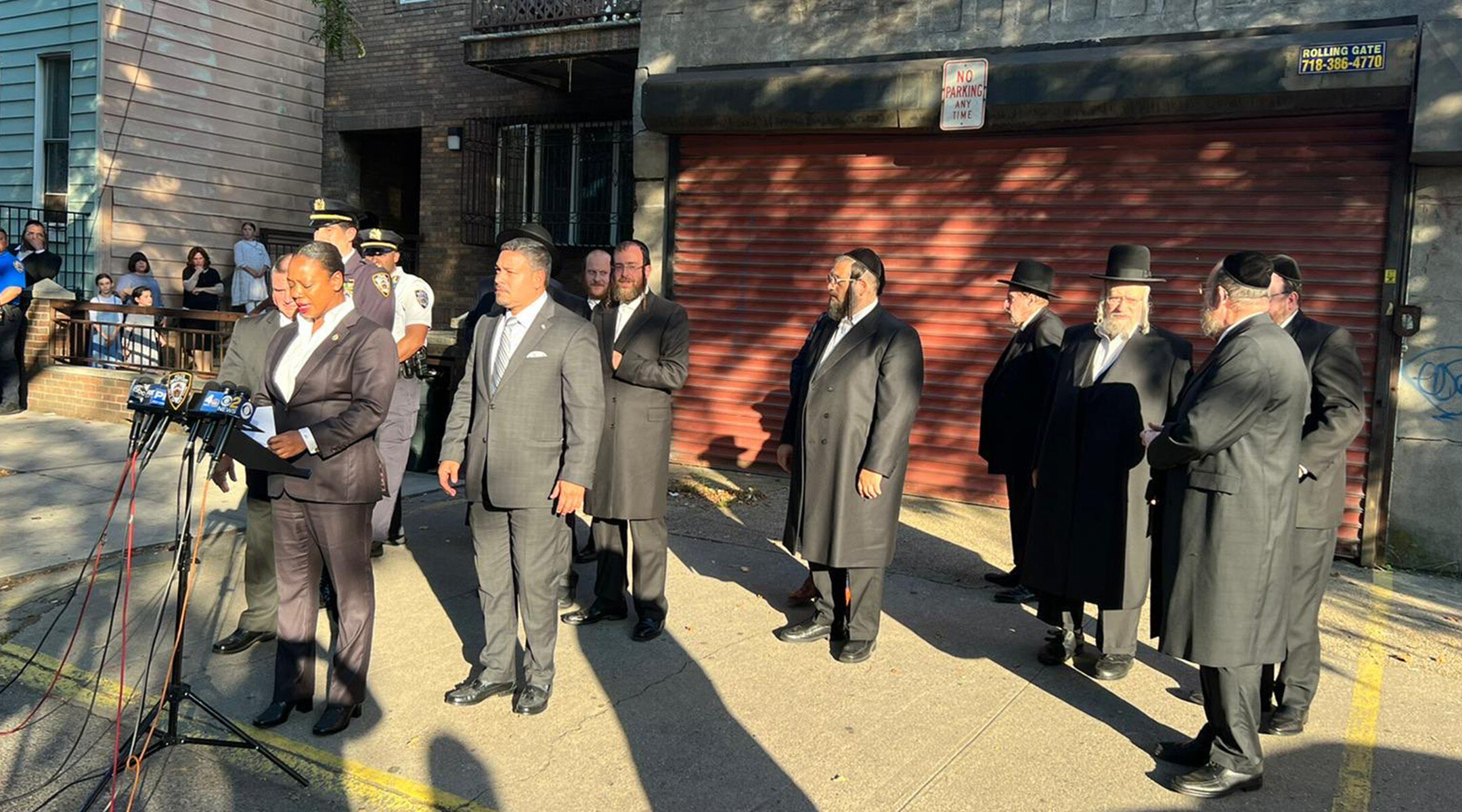 (New York Jewish Week) — NYPD Commissioner Keechant Sewell said in a press conference on Monday evening that the police will increase patrols near synagogues in Williamsburg, Brooklyn, due to an increase in antisemitic attacks happening throughout the neighborhood.

“In the wake of these senseless attacks, we deployed round-the-clock house of worship cars to routinely visit synagogues,” Sewell said at the press conference on Lynch Street in Brooklyn — the same location where a suspect allegedly slapped a 27-year-old man dressed in traditional Orthodox clothing on Aug. 22.

“We increased patrols to visit sensitive locations,” she said.

On Aug. 21, in two separate incidents, a 72-year-old and a 64-year-old Jewish man were sprayed in the face with a fire extinguisher in Williamsburg. All three victims of these attacks are recovering, according to police.

“It is believed these victims were targeted because they are Jewish,” Sewell said. “No one deserves to be the victim of such senseless hateful violence.”

When asked Tuesday for specifics regarding synagogue security, an NYPD spokesperson told the New York Jewish Week that they do not “discuss specific security deployments.”

Stern told the New York Jewish Week that sometimes a police presence is “hard to see on the streets.”

“We are going to see if they really are more visible,” Stern added. “The fact that [the commissioner] came down and gave us that level of attention, it means that they’re taking it seriously.”

“The police are doing their job,” Indig said. “They lock people up, then a few hours later, the guy is back on the street. If the system is broken, what can the police do?”

He added that while a heavy police presence in front of synagogues is a start, it might not be enough. “There were three hate crimes last week, nothing was in front of a synagogue,” Indig said. “Is this going to help if it’s happening two blocks away from the synagogue? Probably not.”

Sewell said on Monday that arrests by the Hate Crimes Task Force are up more than 100% this year, with arrests for attacks on Jewish New Yorkers up by 45% — including the alleged perpetrators of the attacks in Williamsburg last week.

Carrington Maddox, a 31-year-old male, was charged last Thursday with assault, aggravated harassment and menacing as a hate crime for the slapping incident. A 14-year-old boy was charged on Monday for the fire extinguisher incidents.

Sewell added that the NYPD is also increasing Neighborhood Coordination Officers (NCOS), which are officers who serve as liaisons between the police and the community.

“Your police will always be here for all New Yorkers,” she said.