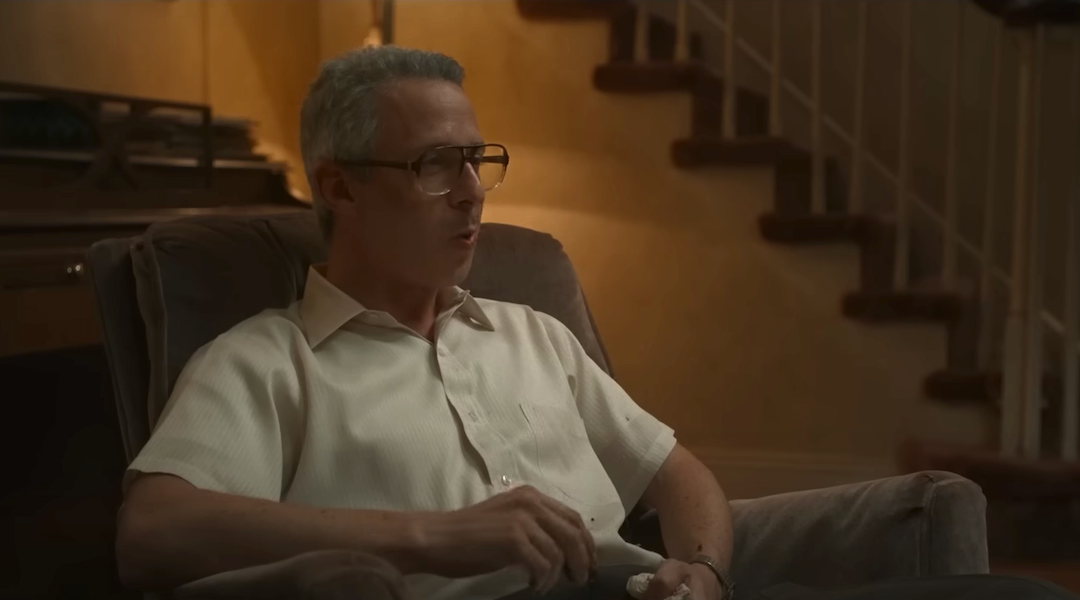 (JTA) — How often do viewers get to see Anthony Hopkins use the word “mensch”?

The two-time Oscar winner (who is not Jewish) plays a Jewish immigrant who escaped the Holocaust in acclaimed director James Gray’s autobiographical upcoming film “Armageddon Time.” A trailer was released on Tuesday.

The pair play Irving and Esther Graff, a Jewish couple raising two sons in Queens in the 1980s, at the beginning of the Reagan era. Politics and race are central themes, and the Graffs’ son Paul, played by Banks Repeta, is shown in the trailer being forbidden by his mother from seeing his friend Johnny, played by Jaylin Webb, who is Black.

Another scene shows Paul confiding in his grandfather (Hopkins) about the way he feels when kids at his new school say “bad words against the Black kids.” Hopkins’ character encourages Paul to stand up for his friend.

Strong’s character uses another choice (see: profane) Yiddish word in one scene, to describe Reagan, who is shown winning the 1980 presidential election.

Gray — whose well-known films include “We Own the Night,” “The Immigrant” and “Ad Astra” — grew up in Flushing, Queens, to Ukrainian-Jewish immigrant parents. His first feature “Little Odessa” is set in Brighton Beach, a Brooklyn neighborhood with a large population of Jewish immigrants from the former Soviet Union.

The film, which hits theaters Nov. 11, has earned rave reviews at international festivals, including Cannes in May. Some see it as an early Oscar favorite.

Strong’s father is Jewish and Hathaway is married to a Jewish husband, but none of the stars identify as Jewish. The castings come at a time when many are questioning whether non-Jews should play Jewish characters on-screen.