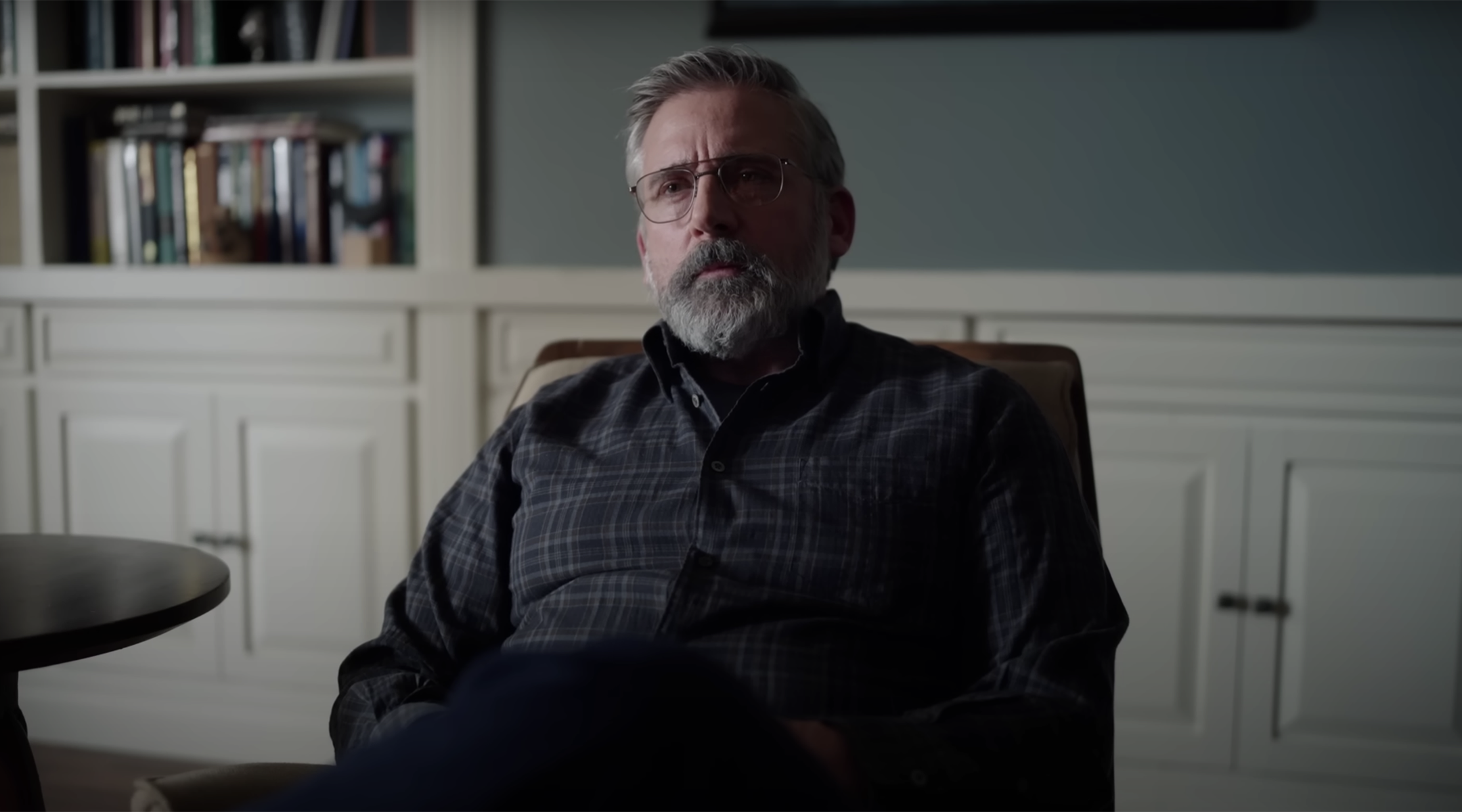 (JTA) — The flames of the “Jewface” debate have been fanned for years, but the conversation hit a new level of prominence last fall.

Kathryn Hahn’s casting as the outspokenly Jewish comedy pioneer Joan Rivers in a TV series (which was eventually dropped) and photos of Bradley Cooper wearing a prosthetic nose to play Jewish conductor Leonard Bernstein in what should be a blockbuster film have added fuel to the discourse over whether non-Jewish actors should be cast as Jewish characters.

The latest who could get caught in the crosshairs? Steve Carell.

The non-Jewish actor plays a Jewish therapist in the upcoming psychological thriller “The Patient,” which premieres Aug. 30 on Hulu. In the 10-episode series, Carell’s therapist character, named Alan Strauss, is kidnapped by a serial killer named Sam Fortner, played by Domhnall Gleeson. Sam seeks out Strauss to cure him of his desires to commit violence.

The show was created by Joe Weisberg and Joel Fields, the producers of the hit drama “The Americans” who both grew up in Jewish homes. On a virtual panel on Tuesday during the Television Critics Association summer press tour, the pair defended their casting decision.

Here’s what Weisberg had to say, via Variety:

When we came up with the original idea, the character wasn’t originally Jewish. And then you start, as you always do, looking for ways to add specificity and depth. And we came up with that idea pretty quickly. But it allowed us to tap into things from our own lives … [it] added just certain dimensions and it became really a lot more fun to write in a certain way after that. I’d say that was number one. And casting Steve, who is not Jewish, I think our feeling has always been, as television writers, that we’re kind of in an area where people are pretending to be other people. That’s what everyone does all the time. And that’s just our main outlook on it. But we understand some people feel differently about it and that is also fine, too. But that’s where we were coming from.

And here’s what Fields, whose father was a rabbi, had to add:

The Jewish themes are very personal and important to each of us. My dad was a rabbi, so I grew up in that world. Joe grew up with a Jewish family, as well. So we were able to tap into something very personal for us. And, ultimately, I think a big part of our belief as storytellers is that what we’re doing is trying to amplify our common humanity. And that’s something Steve does brilliantly in this part and Domhnall does brilliantly in his part. And we hope that’s ultimately what people take away from the specifics that are in the show.

As our friends at Kveller point out, Weisberg was raised in Chicago by Bernard Weisberg, a civil rights attorney and judge, and Lois Weisberg, the city’s first commissioner of cultural affairs — once dubbed “perhaps the most significant architect (or savior) of cultural Chicago the city ever has known.” And Fields’ father, Harvey J. Fields, was a Reform rabbi who led the Holy Blossom Temple in Toronto before settling in Beverly Hills as the rabbi of the Wilshire Boulevard Temple in Los Angeles until 2003.