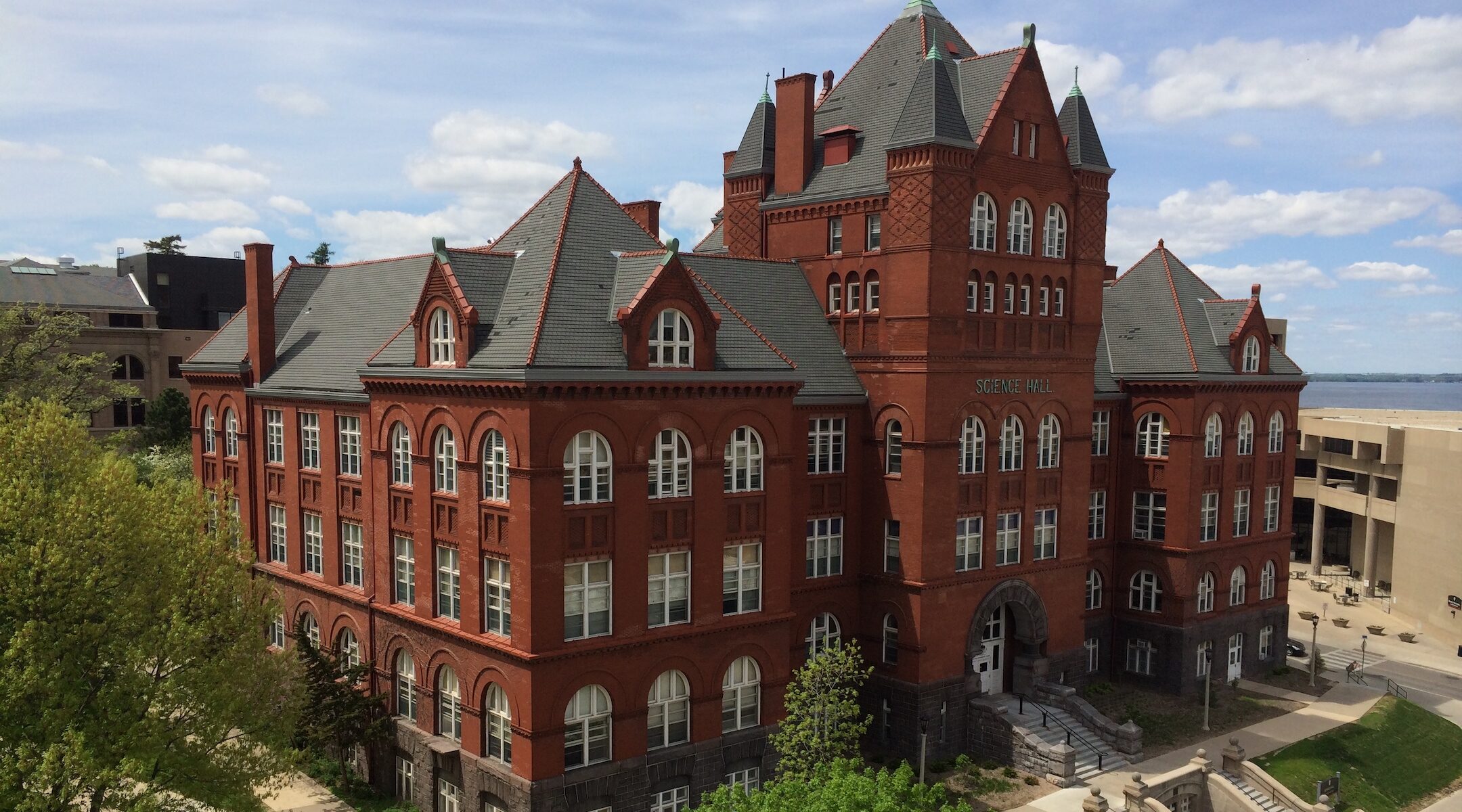 The Science Hall building at the University of Wisconsin-Madison, 2014. (John Kees via Creative Commons)
Advertisement

(JTA) – Administrators at the University of Wisconsin-Madison issued an apology to the school’s Jewish students after graffiti targeting what perpetrators called “Zionist” student groups was spotted in multiple locations around campus on the first day of the semester this week.

University officials called the graffiti antisemitic and said they did not know who had drawn it. According to local reports and images shared by the American Jewish Committee, the graffiti at one location included phrases like “Zionism is Racism” and “Zionism is Genocide,” and referenced unnamed “Zionist” organizations at the university that “have blood on their hands.”

“To those Jewish students and others affected, we are sorry for the impact this had on your first day of class at UW,” Reesor and Charleston continued. “We truly strive to create a campus where every student feels they belong, and this kind of messaging harms that goal and aspiration.”

The university has more than 4,000 Jewish students, according to UW Hillel. The university’s Hillel Foundation president, Greg Steinberger, told Madison.com that the messages were “a frightening and painful way to start the year,” and that Jewish students “were targeted for their interests and they were singled out by an intentional and hateful act designed to cause harm.” He called on administrators to further investigate the identities of those responsible.

Steinberger did not respond to a Jewish Telegraphic Agency request for comment. In their statement, the UW administrators said that while the graffiti was protected under campus free speech, “Just because something isn’t prohibited doesn’t make it a good idea.”

One Jewish student group wrote their Instagram handle next to some of the graffiti, labeling themselves “proud and pro-Israel.”

Campus debates over Israel and antisemitism have spilled over into the realm of Jewish student groups in recent years, with pro-Palestinian activists at Tufts University and in the greater Boston area targeting even socially liberal Jewish groups, as well as universities that host pro-Israel groups, as examples of “Zionist” organizations that should be ostracized. Other recent campus controversies have involved student government efforts to deny recognition to pro-Israel groups at Duke University and divest from Israel at Ohio State University; legal watchdog groups got involved in both cases to apply pressure to campus administrators.