Yeshiva U can block LGBTQ club for time being, Supreme Court says 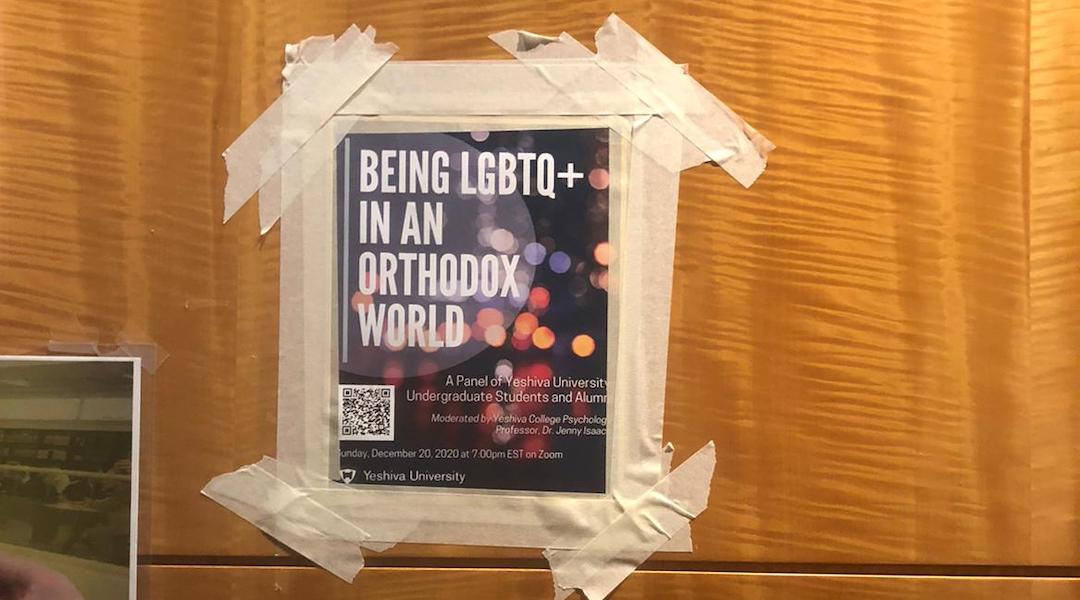 (JTA) — Yeshiva University can block an LGBTQ student club while litigation pends on its right to do so, the U.S. Supreme Court decreed late Friday.

The decision, handed out late Friday, does not represent a judgment about whether the Modern Orthodox institution can prohibit the YU Pride Alliance permanently, as it is seeking to do. Still, it is a setback for LGBTQ students and advocates who had felt momentum was on their side after a New York court ruled that the university must recognize the club and a state appeals court said the university’s appeal was no cause for delay.

Justice Sonya Sotomayor, part of the court’s liberal minority, indicated in her opinion on the university’s request for an emergency ruling that the full court could take up the lawsuit in its next session. That would bode poorly for the students and others who have been seeking for years to form an official LGBTQ club at the university, as the court’s conservative majority has shown that it is inclined to side with petitioners alleging that their religious freedom has been infringed upon.

The state-level rulings had been victories for the Pride Alliance and setbacks for the university, where administrators argue that having to recognize the LGBTQ student group would violate the First Amendment rights of the institution. Gay sex is forbidden by nearly all Orthodox interpretations of Jewish law, although attitudes toward individuals who identify as queer have eased somewhat in many Modern Orthodox settings in recent years.

“As a deeply religious Jewish university, Yeshiva cannot comply with that order because doing so would violate its sincere religious beliefs about how to form its undergraduate students in Torah values,” the school wrote in the court request.

The group’s proponents say the school’s efforts to block the club are harmful to students.

“We are thinking about the students at Y.U. who have to go to class on Monday in a school that has painted them as an immediate threat,” Rachel Fried, executive director of the group Jewish Queer Youth, which has been supporting the Y.U. students, said in a statement. “The university has declared these students’ search for recognition and self-worth as a ‘religious violation’ causing ‘irreparable harm.’ No one deserves to feel unsafe at their own school. These brave students need our support now more than ever.”

Yeshiva University’s case could be complicated by the fact that it removed religion from its charter, essentially the text that gives it permission to operate in New York State, in 1967 in an effort to secure more state funding. Some in the Yeshiva University community, reflecting on the simmering tensions around the Pride Alliance, want the school to add its religious mission back to its charter.

In a statement responding to Sotomayor’s emergency ruling, Yeshiva’s president, Rabbi Ari Berman, emphasized the school’s religious character — and what he said was its eagerness to create an inclusive climate.

“We are pleased with Justice Sotomayor’s ruling which protects our religious liberty and identity as a leading faith-based academic institution,” Berman said in the statement, distributed by Becket Law, the firm that represents the university as well as others in religious freedom cases. “But make no mistake, we will continue to strive to create an environment that welcomes all students, including those of our LGBTQ community.”