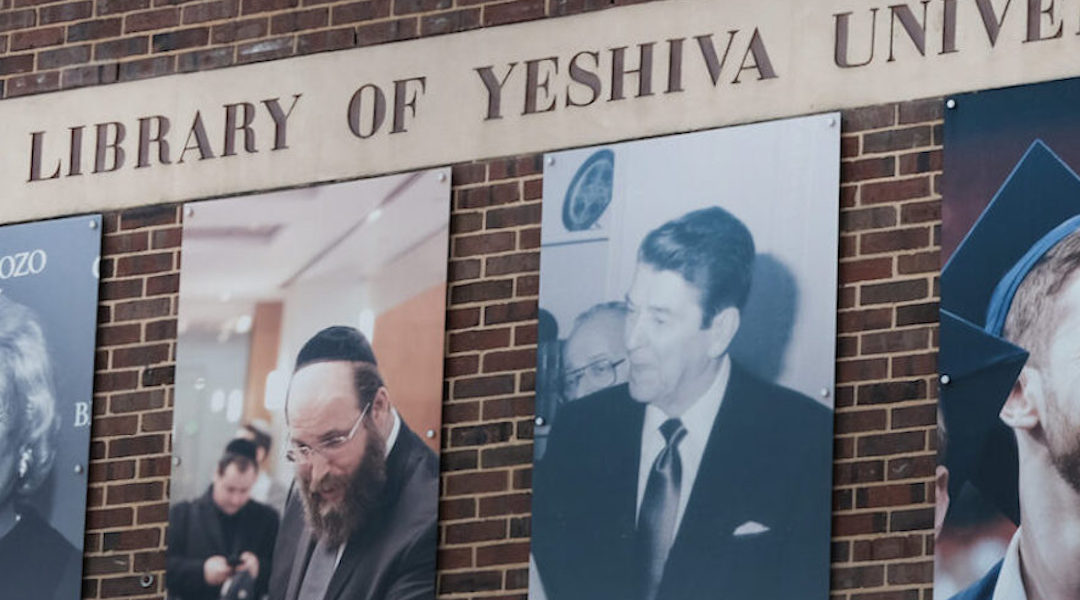 (New York Jewish Week) — A nonprofit group that has been supporting LGBTQ students at Yeshiva University will give $500 grants to any student group affected by the Modern Orthodox school’s decision to suspend clubs instead of recognizing the YU Pride Alliance.

Jewish Queer Youth will raise money to continue offering support to the roughly 130 student groups affected by the university’s decision if clubs are not permitted to operate soon, the YU Commentator, the student newspaper, reported late Monday.

“If YU is going to turn this crisis on the queer students, then the leading organization serving queer Orthodox youth can stand up and say: We have all of your backs and none of you will suffer because of how YU is treating its queer students,” Rachael Fried, the executive director of JQY said in a press statement.

The announcement is the latest twist in a saga that has gripped the Yeshiva University community and drawn national attention. The university has declined to formally recognize the YU Pride Alliance, a move that would afford the LGBTQ student group access to funding and the right to meet on campus, saying that the group violates the school’s “Torah values.” (While attitudes toward individuals who identify as queer have eased somewhat in many Modern Orthodox settings in recent years, gay sex is forbidden by nearly all Orthodox interpretations of Jewish law.)

Over the last 10 days, a U.S. Supreme Court justice temporarily said the school could block the club while appealing a New York state court decision ruling that it must be recognized. Just days later, the Supreme Court said the school had to treat the YU Pride Alliance equitably with other student groups while its appeal moves through the regular litigation process — but the ruling left many on both sides of the issue expecting that the case would return to the court and that the conservative majority would be sympathetic to the university’s arguments.

Two days later, the university announced the suspension of all clubs and also filed new papers in its ongoing case.

According to the YU Commentator report, multiple student groups have already canceled activities because of the suspension. The university also told the newspaper late Saturday that it expects the suspension to end relatively quickly.

“We anticipate a quick conclusion in the courts and the start of clubs soon,” a spokesperson told the Commentator.

The student newspaper is independent from the university and is not affected by the university’s decision. Neither is the school’s basketball team, which is a varsity sport and went to the NCAA tournament after a historic winning streak last year. The Maccabees held their first practice of the year on Monday, according to a social media post by a producer of the school’s sports broadcasting.

On Sept. 14, when YU indicated it would continue on with the appeals process after it was denied a stay, an open letter was sent around the YU community affirming its support for its LGBTQ students and urging the administration and community to do teshuvah (repentance). The letter, addressed to the leadership of Yeshiva University, has garnered well over 1,000 signatures from students, alumni and faculty as of Tuesday morning.

“As students, alumni, and faculty of YU, we were pained to see our beloved school take a stand against its own students in public,” the letter states. “As Jews, we were distressed to see Torah values deployed to deny fellow Jews safety and support within our community. LGBTQ+ Jews are our family members, friends, neighbors, rabbis, teachers, and students.”