(JTA) — When Rosh Hashanah begins on Sunday night, Temple Beth Shalom in San Juan, Puerto Rico, plans to be holding services — whether or not power has been restored after Hurricane Fiona devastated the island Sept. 18, leaving devastation in its wake.

“Thank God the temple has solar panels,” said Salatiel Corcos, the synagogue’s past-president. “They’re not in very good shape because they were damaged, but we will have services on Sunday night.”

Striking Puerto Rico on Sept. 20, 2017, Maria killed about 3,000 people in its wake, left an estimated $90 billion in damages and sparked an exodus of residents to the U.S. mainland, including some of the island’s 2,500 or so Jews. It took nearly a year to restore electricity amid a fiscal crisis exacerbated by a magnitude-6.4 earthquake in January 2020 and a collapse of public finances. 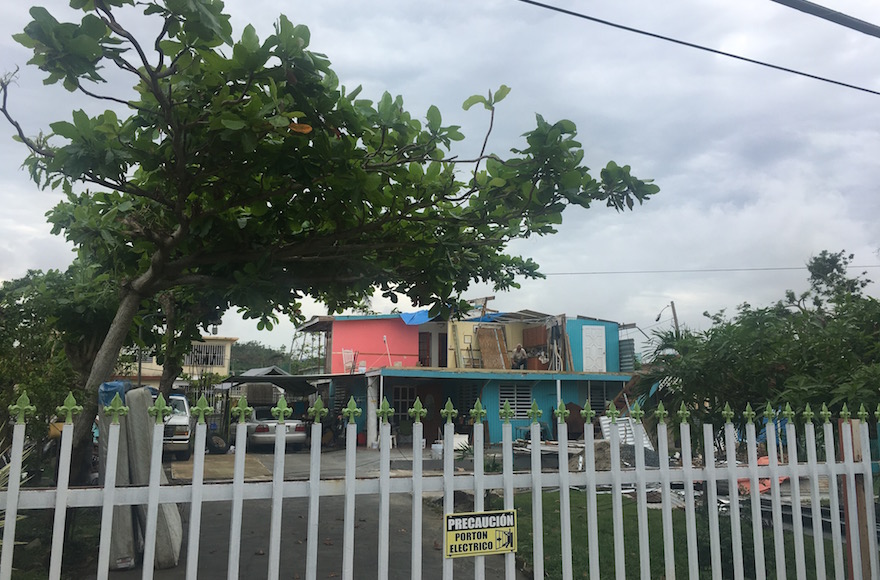 The second story of this house in Loiza was destroyed by Hurricane Maria in 2017. (Josefin Dolsten)

By comparison, Hurricane Fiona — which struck southwestern Puerto Rico Sept. 18 as a Category 1 storm — has been less destructive. It killed eight people on the island, largely sparing the San Juan metropolitan area.

Yet extensive flooding has washed away countless roads, bridges and buildings in Arecibo, Caguas, Ponce and Mayagüez — destroying the island’s coffee, sugar and banana crops and potentially setting back the fragile Puerto Rican economy for years to come. Making matters worse, the U.S. commonwealth is in the midst of a brutal heat wave and extreme humidity that’s pushing the daytime heat index to between 105 and 109 degrees.

“This wasn’t as bad as Maria, but 75% of the island is still without electricity, and more than half are without water,” said Corcos, who runs a construction firm in the San Juan suburb of Guaynabo. “I don’t have power, water or internet, so I’m using my cellphone as a hotspot and have a generator that runs on gasoline. Since we’re an island, very few gas stations are open and lots of people are running out of diesel fuel.”

“In the worst-case scenario, we will have to go to rivers or creeks to look for fresh water,” said Corcos, 33, who like 60% of Temple Beth Shalom’s members is a convert to Judaism rather than a Jew by birth. “Probably we’ll do that again. I know people who are getting drinking water from creeks, but it’s not very safe because it might be contaminated, so you have to boil it. Most of the houses have gas stoves, but when the gas runs out, it’s going to be a big problem.”

Jewish groups from the mainland and beyond are contributing personnel, supplies and money to a relief effort that is swelling as Fiona’s consequences become more apparent to those outside of Puerto Rico. On the ground, too, local Jews have been working to share resources with Puerto Ricans more affected by Fiona’s wrath, both because of geography and poverty. 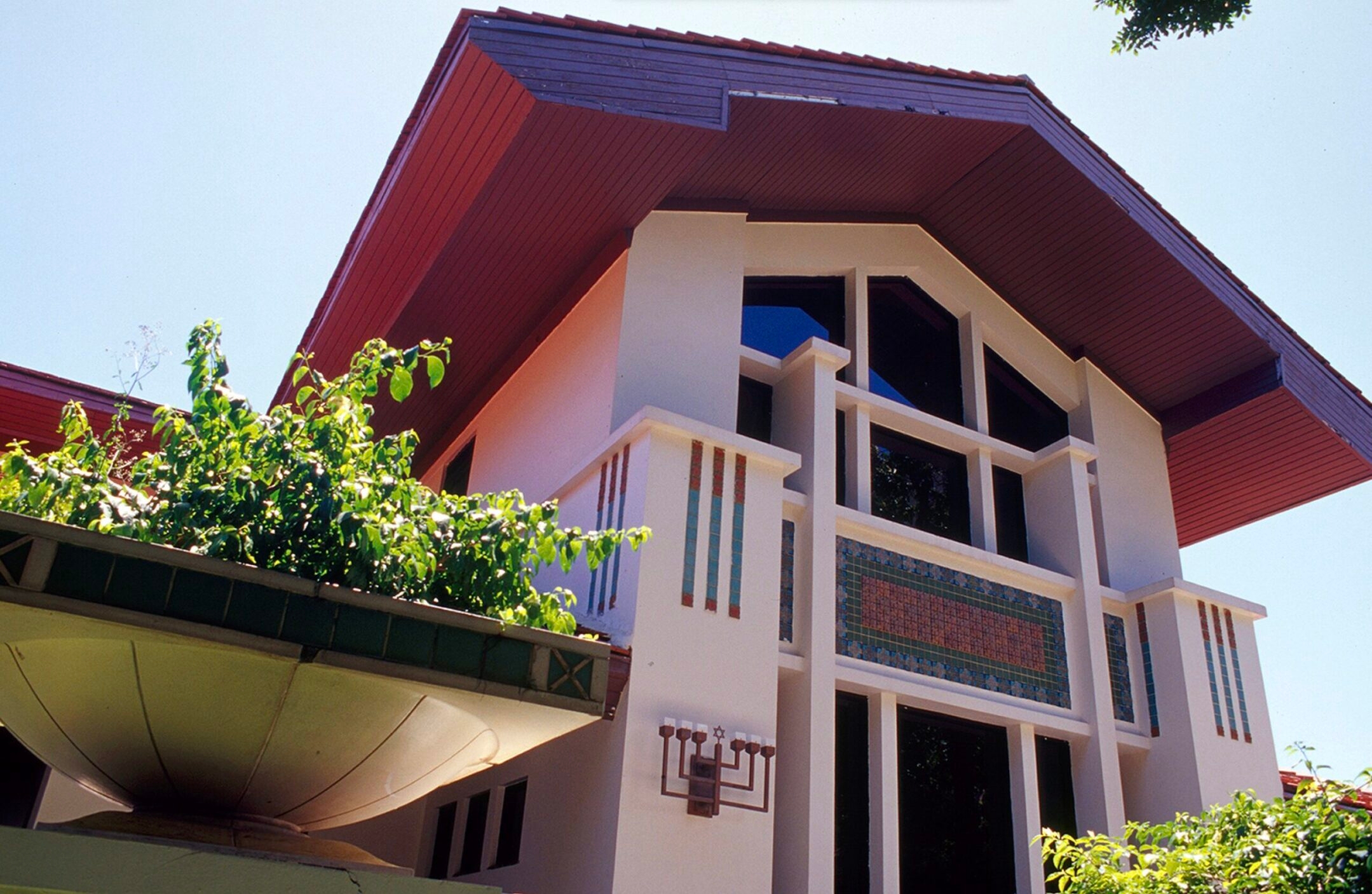 “We were lucky because we still have enough diesel for several days. We are using donated funds to help six communities in Loiza,” said Mandelbaum, who said Shaare Zedek expects between 150 and 200 worshippers for Rosh Hashanah services this weekend.

Established in 1952, Shaare Zedek is the oldest of Puerto Rico’s three synagogues. Most of its members are native Spanish-speakers who emigrated from Cuba after Fidel Castro came to power in 1959, though Mandelbaum — a lawyer by profession — is from Argentina.

“We’re OK and our synagogue suffered no physical damage,” Mandelbaum said. “The only problem we face right now is that many of our members are without electricity. We do have a generator that’s running as we speak, but we don’t have any idea when the grid will be back online.”

Anita Wagner, who along with her husband Sammy is a longtime member of Shaare Zedek, left for Miami a few days after Fiona’s landfall, having already planned to spend the High Holidays with their children in South Florida.

“Puerto Rico’s electrical grid is very fragile, so we of course we knew there would be no power,” said Wagner, 77. “Anybody who can afford it now has a generator. We are fine, but the problem is in the mountains and the countryside, because all the rivers flooded their banks — and we were having rains for the week before the hurricane so the sand was saturated. That’s why so many bridges collapsed.”

The Wagners, who fled Cuba in 1962 and built up a successful chain of 33 department stores in Puerto Rico, plan to return to the island in time for Yom Kippur. 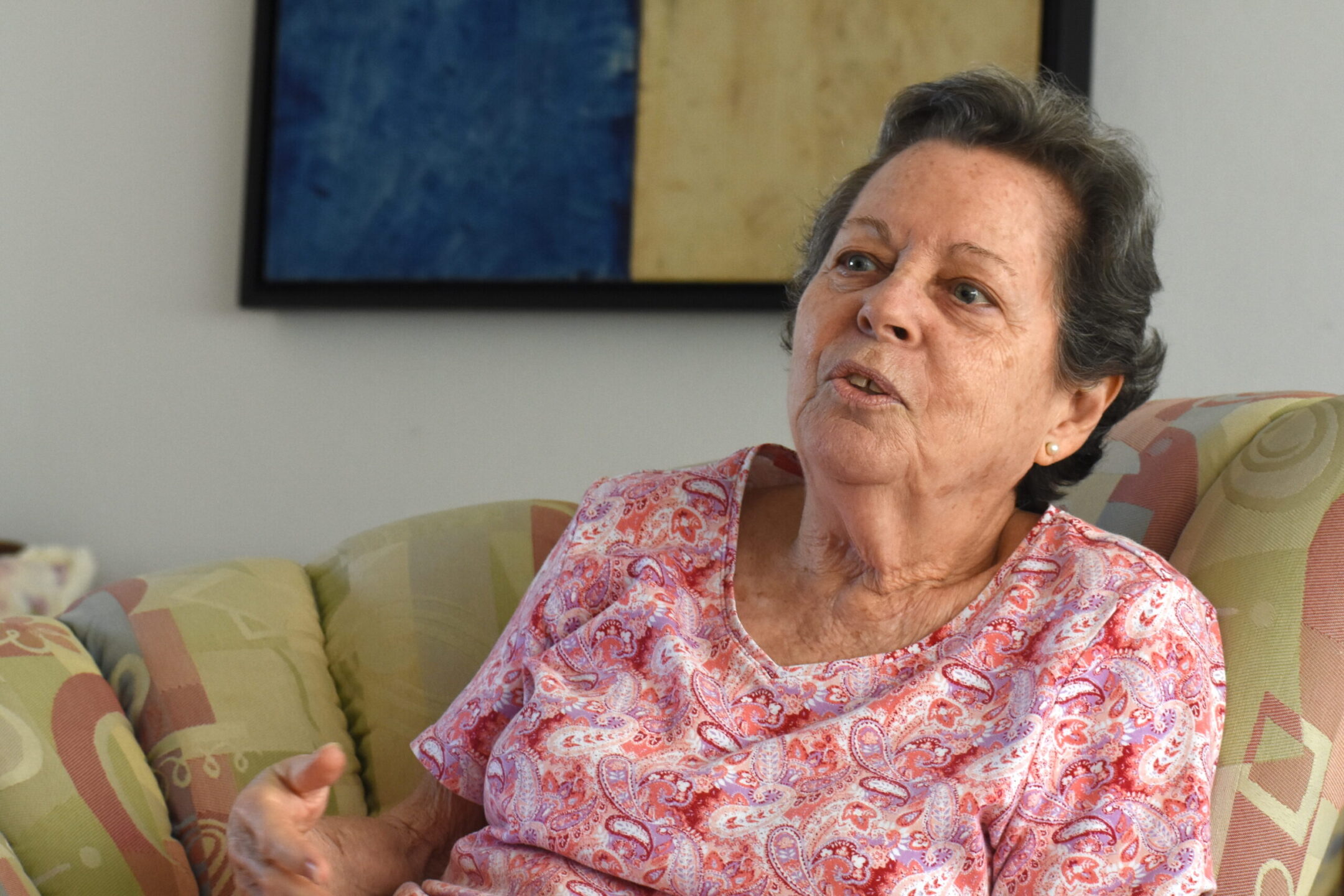 Puerto Rican Jewish community leader Anita Wagner, interviewed at the San Juan apartment she shares with her husband, Sammy. Both were born in Cuba and emigrated to Puerto Rico in the early 1960s. (Photo by Larry Luxner)

“A lot of people have left before, after Maria and then the earthquake. Some have come back, but I don’t think it’s enough to make up for those who left — especially the younger people,” she said. “Everybody’s praying for a quick recovery. That’s all we can do.”

Rabbi Mendel Zarchi, who has run Chabad-Lubavitch of Puerto Rico since 1999, offered a similar perspective.

“As we speak, the electricity is still off, so that’s five days and counting. And those without electricity have no water because the water pumps depend on electricity,” said Zarchi, the island’s only full-time rabbi. “Yet all this is minor for us, relative to the great impact on those who only just started recovering from the historical earthquakes that decimated southwestern Puerto Rico for over a year.”

Some 120 families now belong to Chabad — which has a 12,000-square-foot synagogue complex in suburban Isla Verde — thanks to an influx of U.S. mainland Jews attracted to Puerto Rico by recently passed tax incentives that encourage investment on the island.

In fact, Chabad now maintains a small satellite shul in the coastal resort of Dorado, west of San Juan — marking the first-ever Jewish presence outside the capital city in Puerto Rico’s history.

“In these challenging times, it’s even more meaningful when we get together and reflect on the blessings granted to us. As a community, through good and bad, we always need to lean on each other,” Zarchi said, noting the devastation that Fiona has already visited upon Puerto Rico. “We wish this was not the case. However, we don’t get to choose what comes our way.”