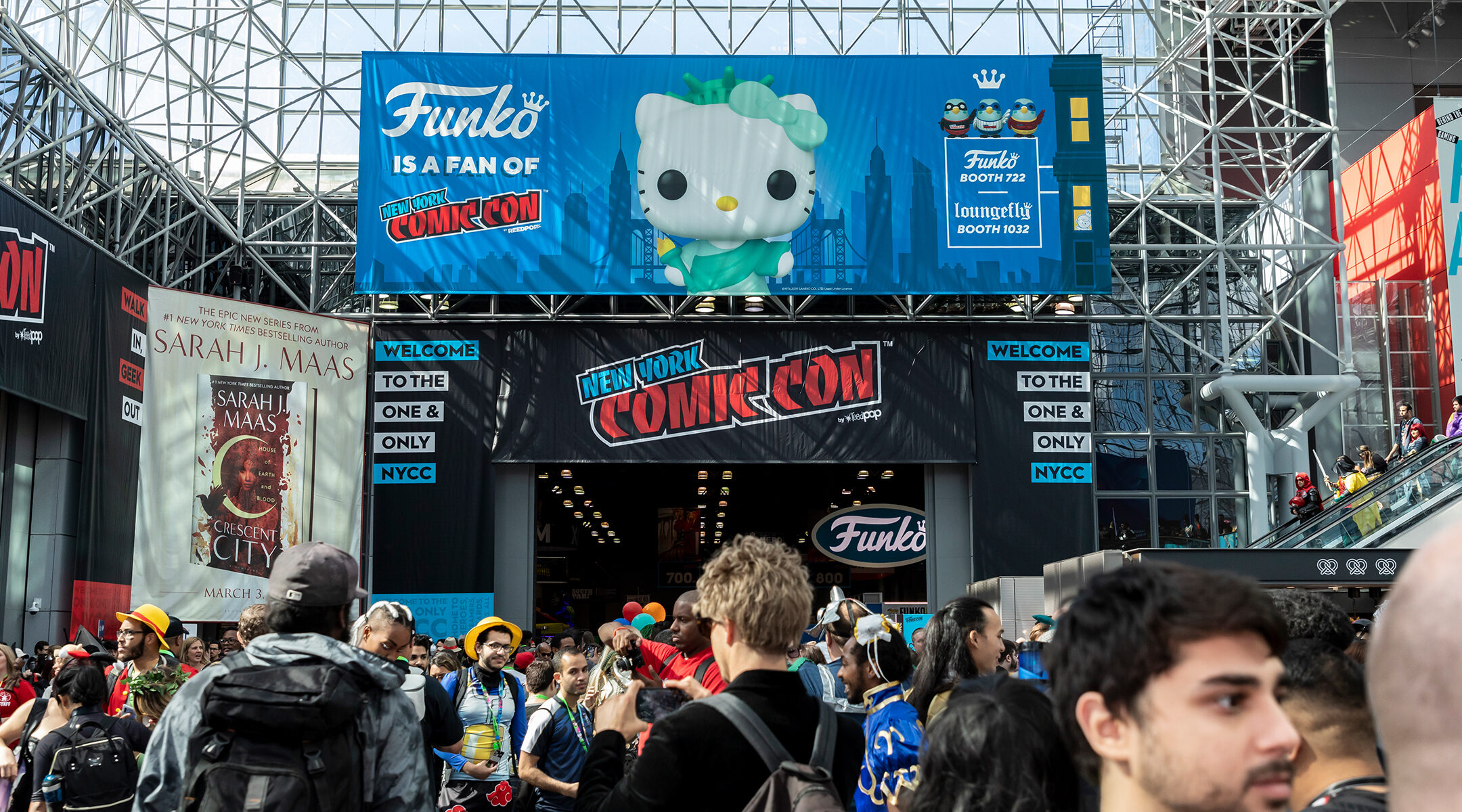 (New York Jewish Week) — New York Comic Con is one of the biggest pop culture events of the year, where fans come to celebrate their love of comic books, graphic novels, anime and video games — and the movies and television shows based on them.

Stars like Oscar Isaac and Drew Barrymore show up to reveal new projects, while fans dress as their favorite characters.

The event, which runs Oct. 6-9 at the Jacob Javits Center, is also an occasion for dozens of panels, ranging from star-studded reveals of new projects to serious examinations of trends in the industry. Some panels will talk about diversity in the comic world; this year’s lineup includes separate discussions of Muslim, Asian and Latino representation in comic books.

There will not be any discussion of Jewish representation in the field, however. The New York Jewish Week has learned that at least two panels with a focus on Jewish representation in comic books and the entertainment industry were rejected by New York Comic Con’s parent company, ReedPop, despite the success of similar panels at previous conventions and in earlier years.

For the proponents of these panels and some Jewish fans, it is a notable oversight for an industry whose pioneers included a number of Jews, especially at a time when the pop culture industry in general is focusing on diversity in its portrayals and among its creators.

I’m back, back in the NYCC groove ✌🏽🖤 Day 1 of #NYCC 2022 is HERE. There’s so much waiting for you, from comic creators to Show Features to panels to exhibitors to interactive activations. Buy tickets now and join the magic: https://t.co/CHxxKu0VFe pic.twitter.com/uLzoL3h2Yc

Michal Schick, who is one of three Orthodox women who host the podcast “Nice Jewish Fangirls,” told the New York Jewish Week that her panel about discussing Jewish representation was rejected by New York Comic Con after holding successful panels at the event from 2017-2019, pre-pandemic.

“We filled the room,” Schick said. “It was a 200-person room. I think we were the only Jewish thing on the schedule then, too.”

After taking a break due to COVID, Schick said she was hoping to do another panel this year discussing how the entertainment industry can tell “respectful and exciting Jewish stories.”

“I understand it’s a very difficult thing to schedule panels at a convention,” Schick said. “I think this is more likely just a lack of care than an intentional exclusion.”

Arnon Z. Shorr, a filmmaker and author who was featured in a panel called “The New Face of Jewish Comics” at San Diego Comic Con in July, told the New York Jewish Week that the same panel was rejected from this year’s New York Comic Con.

He added that the panel focused on Jewish representation in ways “that break past a lot of the tropes that we get in popular media.”

“A lot of the people who came up to me after the panel said that this was really vital,” Shorr said. “The sense that I got was that there was a hunger for exploring Jewish identity as it’s expressed through comics in the way that we explore so many other identities these days.” 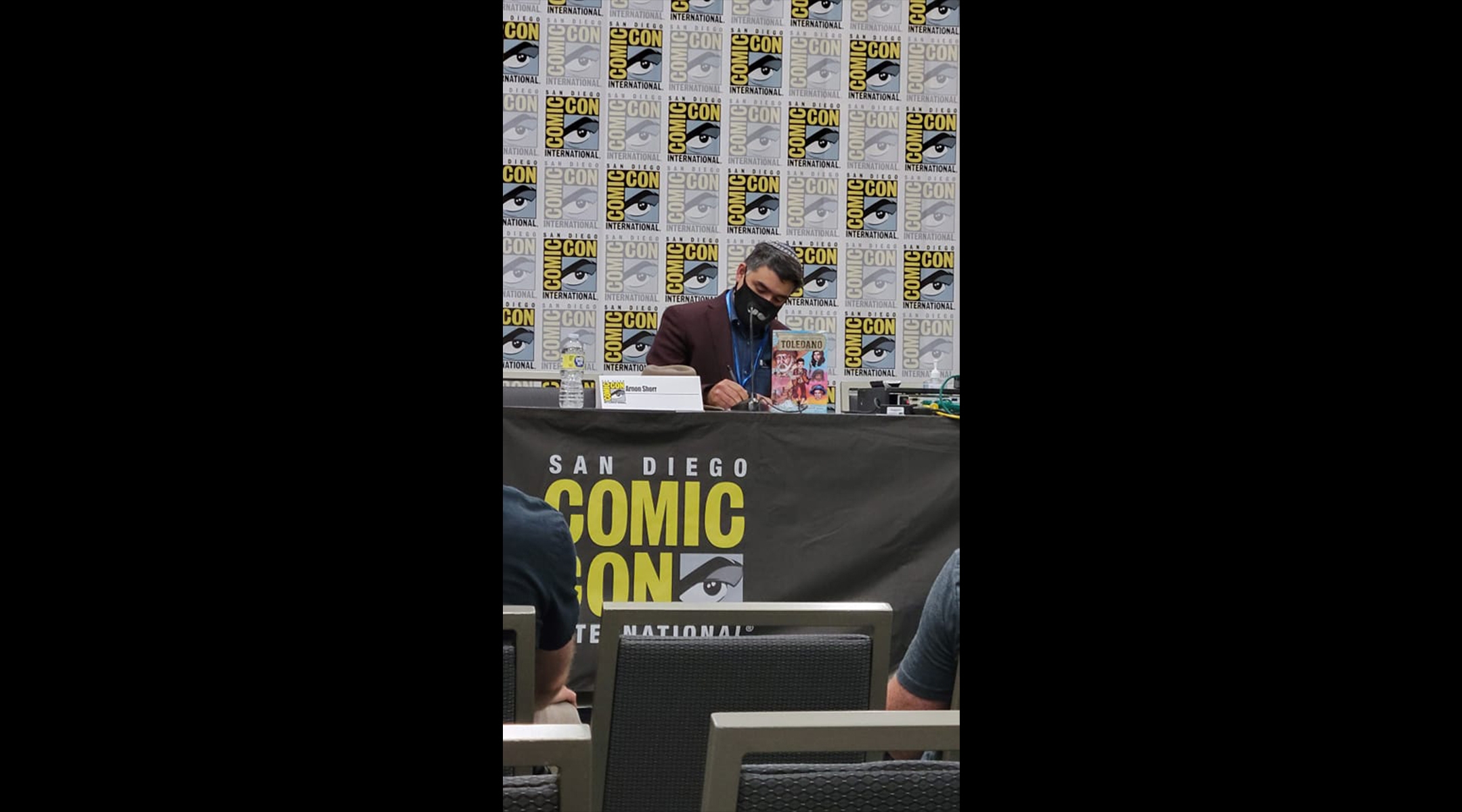 At San Diego Comic Con, which is run by a different company than the New York show, Shorr said there were several panels on Jewish themes, ranging from art in the Holocaust to Jewish graphic novels.

Shorr, who also works for the prominent comics company Source Point Press, said he used the industry connection to put up another fight for the panel at New York Comic Con.

Source Point Press “specifically hired me to build out a new imprint for Jewish comics and content,” Shorr said. “They really wanted to see this panel happen, but it got to a point where it was just too late to find a way to squeeze it in.”

He explained that comic books are entering a “golden age” when it comes to popular Jewish stories. For example, Isaac stars as a Jewish superhero in the Disney+ series “Moon Knight;” the DC Comics character Willow is its first explicitly Jewish character in four decades and Brooklynite Daniel Kalban’s American Dreams series introduced a Jewish superhero who battles evil in early 1900s New York.

“We’re seeing a greater quantity and a greater diversity of Jewish stories on screen,” Shorr said. “Because we’re on the cusp of this new golden age of Jewish narrative, it just feels like New York Comic Con missed an opportunity to be part of the start of this era.”

One of the most important ways to gain access to panels, meet-and-greets, movie premieres and other events at NYCC is through their reservation system, which is an online portal that opens up on a specific day.

Reservations often sell out within the hour, so if you’re not at your computer when the system opens, you don’t get access to many of the great shows that NYCC offers.

This year, NYCC put its initial reservations day on Rosh Hashanah, which was a huge blow to the many Jewish attendees of the event.

Andrea Levine, a Jewish comics fan from Queens who regularly attends the NYCC, told the New York Jewish Week that she feels the company “is doing something wrong” when it comes to Jewish representation.

“Just the fact that they opened up the reservation system on Rosh Hashanah, that by itself shows that they’re not putting any thought into what they’re doing,” Levine said. 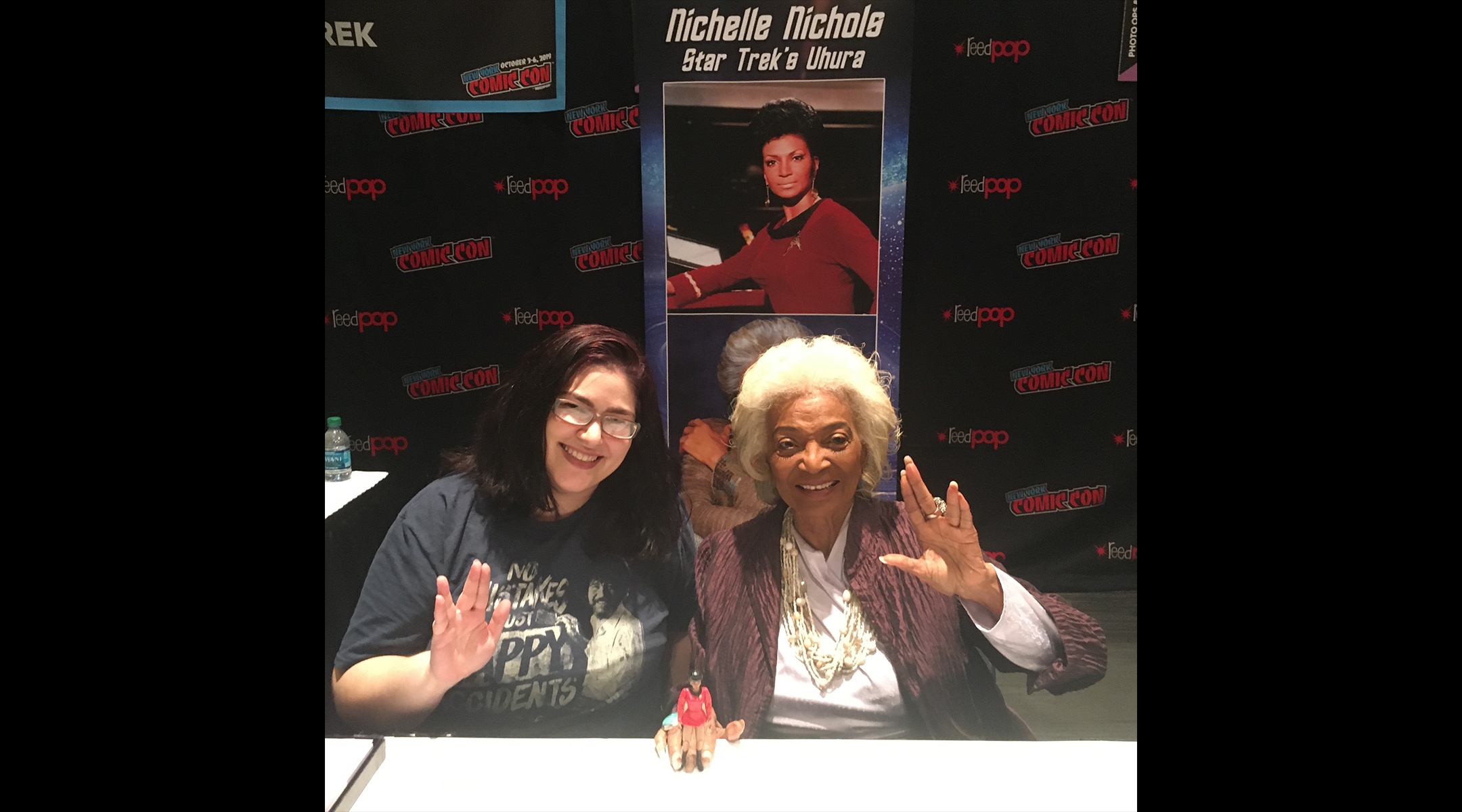 She said that she was surprised that NYCC wasn’t aware that “there’s going to be a lot of Jews that come to Comic Con,” as New York is the home of the largest Jewish population outside of Israel.

“I don’t feel like it’s blatant but I also don’t think it’s that casual,” Levine said. “I don’t know what it is, but something just feels off.”

A NYCC spokesperson told the New York Jewish Week in a statement that “the original date of reservations coinciding with Rosh Hashanah was an oversight by our team.”

“We apologize for the inconvenience that it caused to fans,” the spokesperson said.

The NYCC spokesperson added that they helped fans who reached out to the company and made reservations on their behalf while they were observing the holiday.

The statement listed a panel about a new graphic novel called “Stan Lee’s Alliances: Orphans,” which has “a predominantly Jewish creative team.”  NYCC also has the Harvey Awards, which are named for the Jewish founder of MAD magazine, Harvey Kurtzman.

The statement also showed off its assortment of Jewish actors and creators, listing “Goosebumps” author R.L. Stein and Drew Barrymore, whose decision to become a Jew by choice was widely covered in 2012.

“Our Jewish community is incredibly important to us and we are always listening to their feedback on how we can make NYCC a more inclusive event for all,” the spokesperson said.

Shorr said that what he is working on and what he hopes to see more of from the panels at New York Comic Con are “overtly and necessarily Jewish stories.

“Not stories where you have a superhero who happens to be Jewish, but if you take that Jewishness away, nothing actually changes in the story,” Shorr said. “The stories that we are going to be telling are stories where the Jewishness of the characters and the themes are integral to the tale.”

He added that discussing Jewish representation as its own topic is important because “it doesn’t get included in most conversations about diversity.”

“There are more Jewish stories that are not just about angsty secular New Yorkers who have a therapist or stories about opaque Hasidic types with side curls and black hats,” Shorr said.

Schick made note that Jewish people are not necessarily excluded as creators in the comic book world, but said that they are involved “peripherally or in superficial ways.”

“A lot of Jews are nerds,” Schick said. “People are hungry to not just see themselves, but talk about themselves. That space is rightfully being provided to other groups. I think we should get that, too.”