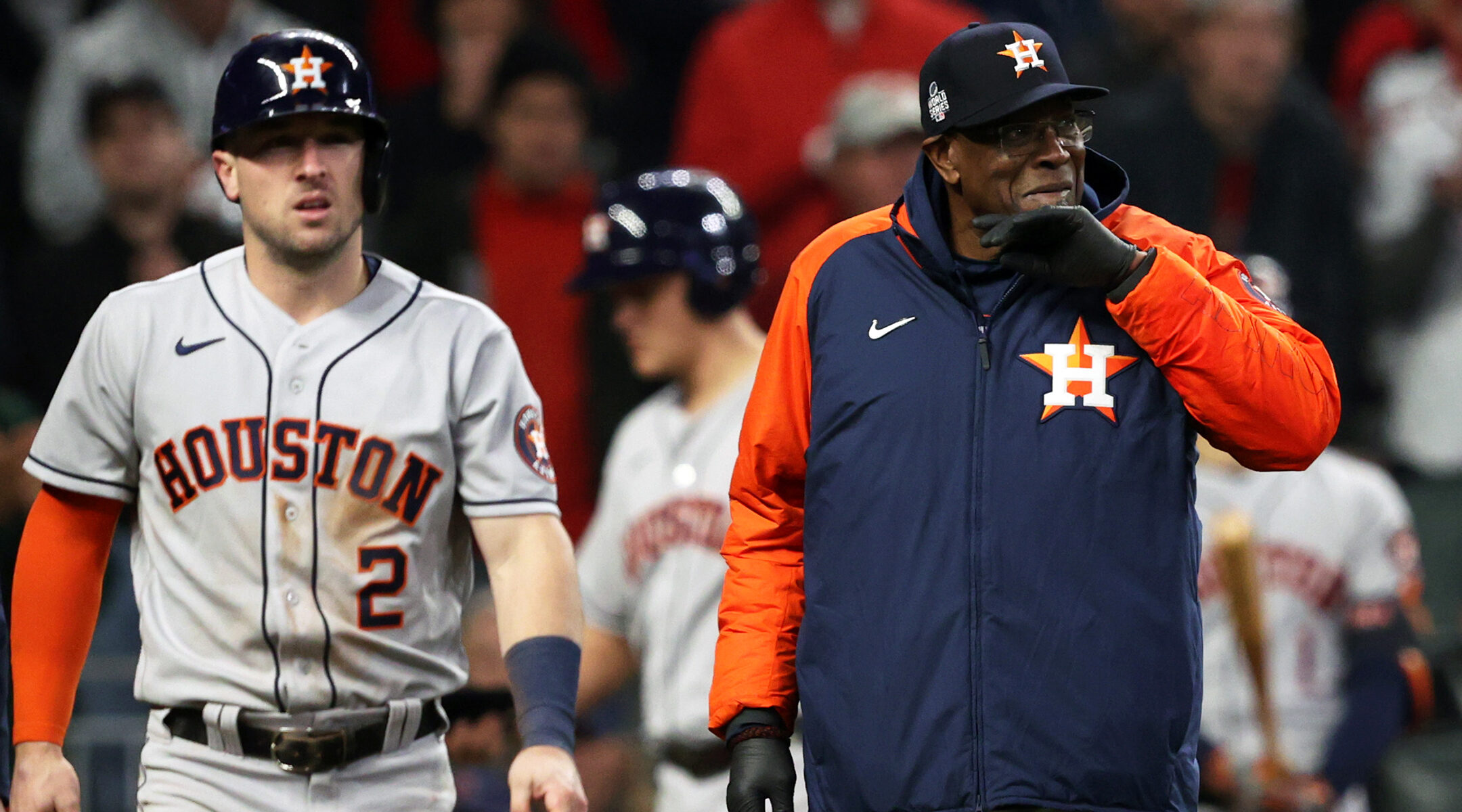 Alex Bregman shown with his manager Dusty Baker during a game against the Philadelphia Phillies at Minute Maid Park in Houston, Oct. 5, 2022. (Tim Warner/Getty Images)
Advertisement

(Jewish Herald-Voice, Houston via JTA) — If the Astros make it to the World Series later this month, fans can thank team manager Dusty Baker — along with a fresh baked challah and several quarts of matzah ball soup.

“He said he wanted to do something really nice for Alex and he bought a substantial amount of food,” Ziggy Gruber told the JHV. “I thought that was quite noble of him.

“Dusty eats here all the time and said it is one of his favorite places.”

According to Gruber, the Astros manager walked out with enough to feed the entire team.

“He got a round challah, 3 pounds of pastrami, some corned beef, rye bread, potato salad, cole slaw, smoked fish, nova, bagels and — of course — a bunch of matzah ball soup,” Gruber said.

“Oh, and he also loaded up on dessert, with all kinds of rugelach and cookies,” he added.

Later in the day, talking to reporters, Baker said that he also gave some soup to ailing pitcher Luis Garcia.

The Astros will begin defense of their American League Championship with a playoff series at home Tuesday, Oct. 11, against either the Seattle Mariners or Toronto Blue Jays.

Bregman, who did play on Yom Kippur, enters the postseason with 23 home runs and 93 runs batted in. The two-time all-star and World Series champion had a bar mitzvah in 2007 at Congregation Albert in Albuquerque, New Mexico.

As to how the extra boost of matzo ball soup will help Houston’s quest for another World Series championship, Gruber didn’t hold back.

“We know they are going all the way — there is no doubt,” Gruber said. “And, if we end up playing one of the New York teams or Los Angeles, it will be good for business.

“I’ve operated delis in New York and Los Angeles, but I’ve been here 23 years and will be wearing Astros colors for sure.”

A version of this article originally appeared in the Jewish Herald Voice (Houston) and is republished with permission.