Stanford University apologizes for discriminating against Jewish applicants in the 1950s 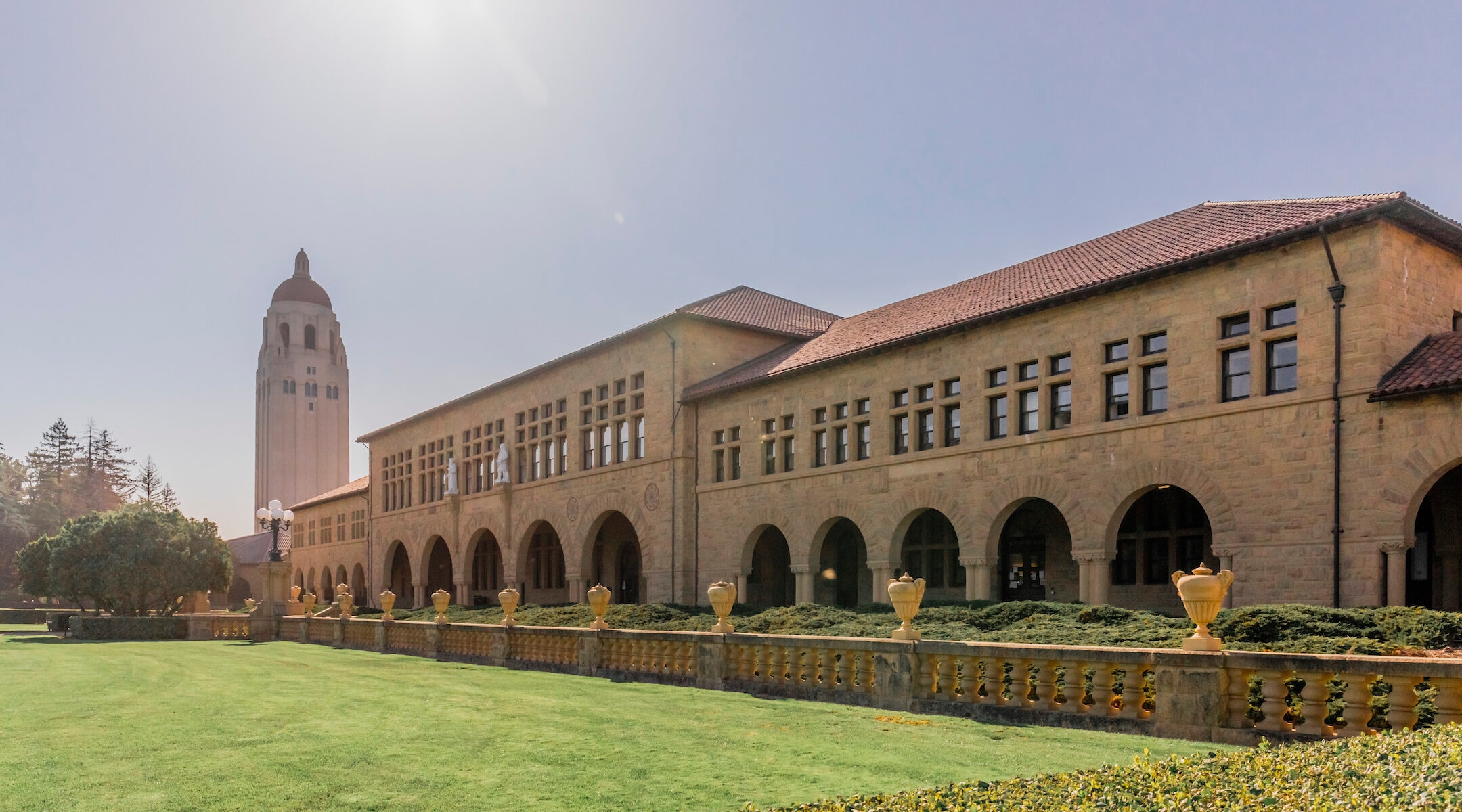 A general view of the buildings of the main quadrangle and Hoover Tower on the campus of Stanford University, Oct. 2, 2021. (David Madison/Getty Images)
Advertisement

(JTA) — An official investigation by Stanford University released Wednesday confirmed longstanding suspicions that university administrators acted to limit Jewish enrollment in the 1950s while publicly denying that they were doing so.

In tandem with the release of the report, Stanford’s president, Marc Tessier-Lavigne, apologized to the Jewish community on behalf of the university.

“This ugly component of Stanford’s history, confirmed by this new report, is saddening and deeply troubling,” Tessier-Lavigne wrote. “As a university, we must acknowledge it and confront it as a part of our history, as repellent as it is, and seek to do better.”

Tessier-Lavigne also wrote that Stanford will work to ensure that it is welcoming to Jewish students today by increasing anti-bias training, creating a dedicated advisory committee, paying more attention to Jewish holiday cycles in university scheduling and other measures. The university’s first day of classes this fall took place on Rosh Hashanah.

Stanford convened the task force that produced the report last year after a historian published his discovery of documents left behind by Stanford’s admissions director from 1950 to 1970, Rixford Snyder, suggesting that Snyder was biased against Jews and interested in reducing their enrollment at the university.

A similar conclusion was reached by the task force, which consisted of faculty, staff, trustees, alumni, and students.

“For decades, it’s been understood by many Jews in California that Stanford either had or has a bias against Jewish applicants,” said Stanford history professor Ari Y. Kelman, who chaired the task force. “What we found was that the director of admissions, with knowledge of other members of high administration of the university, took steps to limit the number of Jewish students that were enrolled at Stanford.”

Evidence of Snyder’s intentions is found in a 1953 memo written by his colleague Fred Glover that was sent to then-Stanford President Wallace Sterling.

Glover noted that Snyder felt too many of Stanford’s male applicants were Jewish and that the university must take action to change the situation.

“Snyder feels that this problem is loaded with dynamite and he wanted you to know about it, as he says that the situation forces him to disregard our stated policy of paying no attention to the race or religion of applicants,” Glover wrote.

After the date of that memo, for example, Snyder dropped Beverly Hills and Fairfax from his recruitment efforts at Southern California schools, according to Snyder’s travel itineraries found in the university’s archives.

An analysis of enrollment data showed that Stanford soon saw a sharp drop in enrollment from these two schools.

Stanford’s history of discrimination against Jews and other minorities is far from unique among elite universities. At earlier points in the 20th century, many Ivy League schools enacted far more blatant policies of discrimination, such as official religious and racial quotas, controlling the number of Jews enrolled. (The U.S. Supreme Court this year will consider two cases about affirmative action, a contemporary practice aimed at ensuring diversity that its critics say amounts to discrimination against students from some backgrounds.)

The fact that the antisemitism uncovered at Stanford was more subtle and came later is instructive as institutions across the country are increasingly reckoning with their past, said Stanford historian Emily J. Levine, who was part of the task force.

“In the 1950s, it was no longer as acceptable to be so overtly antisemitic,” Levine said. “Antisemitism didn’t so much go away as it went underground.”

And because the discrimination went underground, specialized research skills, the kind that students can learn at Stanford, were needed to parse the archival material and understand the methods of reducing Jewish student enrollment and their impact, she said.

For Levine, a moral commitment accompanied by research and teaching can create an environment for healing from the past.

“The process of collective institutional memory and self-reflective criticism as a community, right can actually make individuals feel more connected to each other and trust their institution more,” she said.

About 7% of Stanford’s undergraduates today are Jewish, according to data shared publicly by the university’s Hillel. Stanford’s public apology and commitment to improving Jewish life on campus through concrete steps are in line with the process of redress required under teshuvah, a Jewish concept about returning to the path of righteousness, according to Rabbi Laurie Hahn Tapper, the university’s associate dean for religious and spiritual life.

And the timing, amid the Jewish High Holidays, couldn’t have been more appropriate, she said.

“Has there been change since the ’50s? Yes. We have a wonderful vibrant campus now — and antisemitism still exists,” Hahn Tapper said. “So to be able to name it to bring it out of the shadows is step one in continuing to grow our community.”