In a first, EU invites Jews and Muslims to stand up for kosher and halal slaughter amid local bans 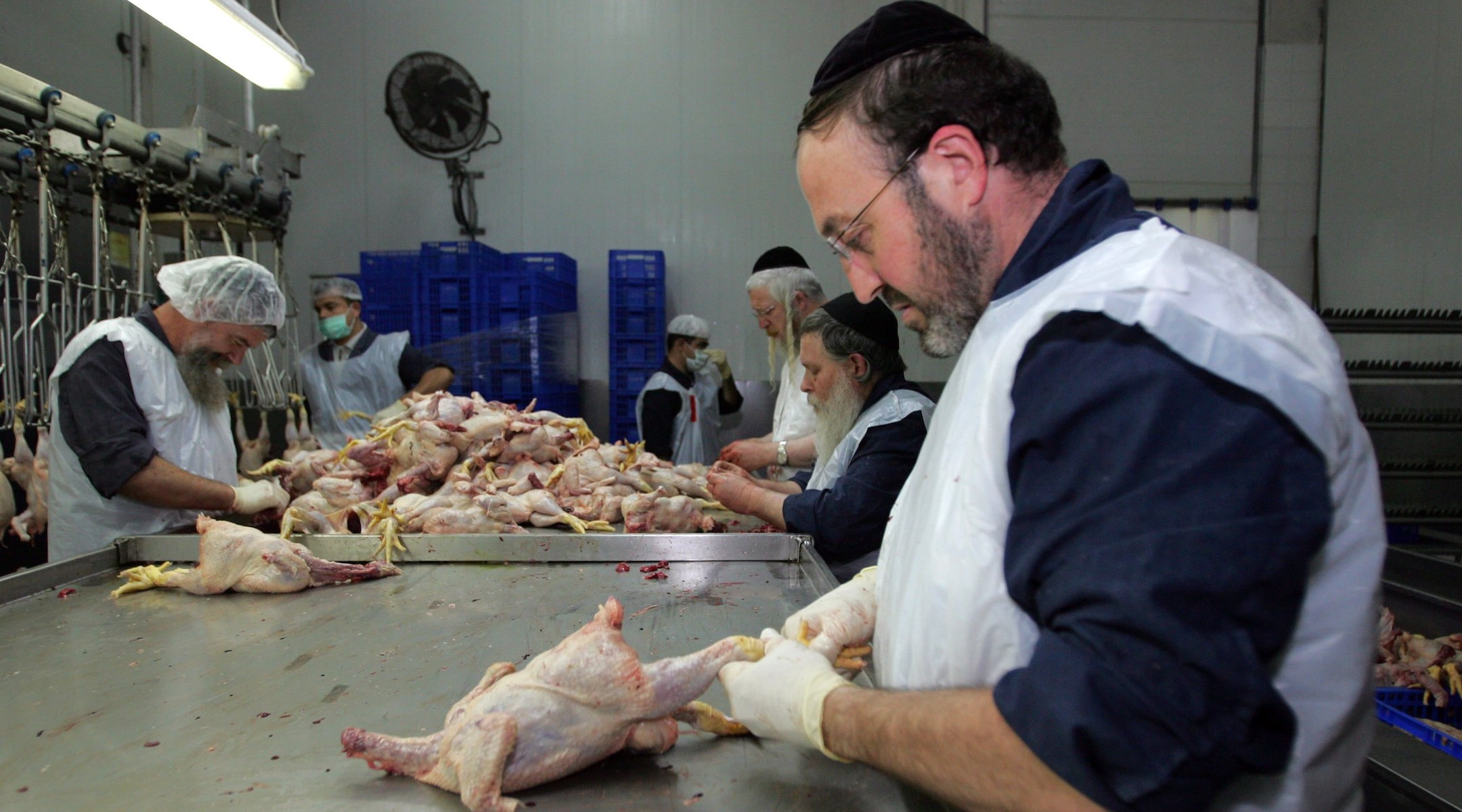 (JTA) — European Union officials in Brussels invited Jewish and Muslim community leaders to discuss meat production, in what some of the guests characterized as progress toward ensuring religious freedom.

The event, which was convened by the EU’s point person for fighting antisemitism, Katharina von Schnurbein, included Jews and Muslims concerned about a two-pronged attack on their traditional methods for slaughtering animals for food that has resulted in bans in some countries. About 30 EU officials and about 20 community leaders were present, according to people who were there.

“We’ve had sessions before at the EU where advocates defended shechitah,” the Hebrew word for the Jewish way of killing animals for food, Rabbi Menachem Margolin, who heads the Brussels-based European Jewish Association, told the Jewish Telegraphic Agency. Thursday’s event, he said, “was the first designed to give us a platform, rather than to just have us come and state our case alongside people with the opposite view.”

Animal rights activists say shechitah and zabiha, the Muslim method for slaughtering animals for food, are cruel because both methods preclude stunning before the animal’s necks are cut. Advocates of the customs say they result in no greater suffering to animals than mechanized slaughter methods with higher malfunction rates and less attention to individual animals.

In recent years, opposition to shechitah and zabiha has widened as right-wing parties began adopting this stance as part of their commitment to reducing the presence in society of Islam, and in some cases also Judaism.

When Jewish community leaders challenged recent bans in two of Belgium’s three states at the Court of the European Union, the court dealt them a major defeat when it upheld the bans in a 2021 ruling that Israel’s ambassador to Belgium called “catastrophic and a blow to Jewish life in Europe.”

The ruling added Belgium to a number of EU countries where ritual slaughter is illegal, including Denmark, Sweden, Finland, Estonia and Slovenia. In 2011, the Netherlands briefly joined the list, but the Dutch Senate reversed the ban in 2012, citing freedom of worship. Poland also outlawed ritual slaughter in 2013 but has since scaled back the ban to include only meat for export.

“While all of this was happening, EU officials, who are not shy about criticizing individual member states on some issues, have basically ignored our pleas for intervention on the meat issue,” Margolin said. “The fact that the EU has finally decided to create an event centered on defending religious slaughter, or at least hearing the case for it, is an encouraging first step on a path that needs to lead to legislation enshrining minorities’ rights to continue to exercise their religious freedoms.”

The office of von Schnurbein, who in 2015 became the first European Commission coordinator on combatting antisemitism, had stayed out of the debate on shechitah for most of her tenure. But she has become increasingly outspoken on the issue since the bans in Belgium, which were initiated by a right-wing party and advanced by a socialist party. In January, she said during an EU meeting that the bans risk painting Jews and Muslim minorities as “medieval.”

“The fact that Katharina was an initiator of this event is also significant because it correctly frames the debate on banning shechitah in the discussion on antisemitism,” Margolin said.

Von Schnurbein did not immediately respond to a request for comment from JTA.

Shimon Cohen, the director of the British-Jewish advocacy group Shechitah UK, also referenced the connection between antisemitism and bans on religious slaughter during his speech at the event Thursday. Cohen noted that the first ban on shechitah in Europe occurred in Switzerland in the 19th century to make the country less hospitable to Jews fleeing pogroms in Russia.

The Nazis, too, enacted a ban on kosher slaughter early on, Deborah Lipstadt, the U.S. special envoy charged with monitoring antisemitism abroad, said in her speech at the conference. She said the United States recognizes the importance of allowing ritual slaughter and urged European lawmakers to include exemptions for religious groups in any legislation about meat production.

“There’s an easy way to both promote animal welfare during slaughter & respect the rights of members of religious minority groups,” she said. “By exempting ritual slaughter from these laws, countries can ensure animals are treated more humanely, while preserving rights.”

In his comments at the conference, Cohen argued that existing laws about religious freedom are not enough to ensure that shechitah remains legal.

“Freedom of religion was designed for people who believe stuff, not for people who do stuff,” Cohen said. “And shechitah is a positive practical action as part of our faith. So too, would kneeling be for Christians, and the idea of banning kneeling would be impossible. I would hope that this meeting can be the first step towards ensuring there should be no provision allowed within European Union law to ban shechitah.”