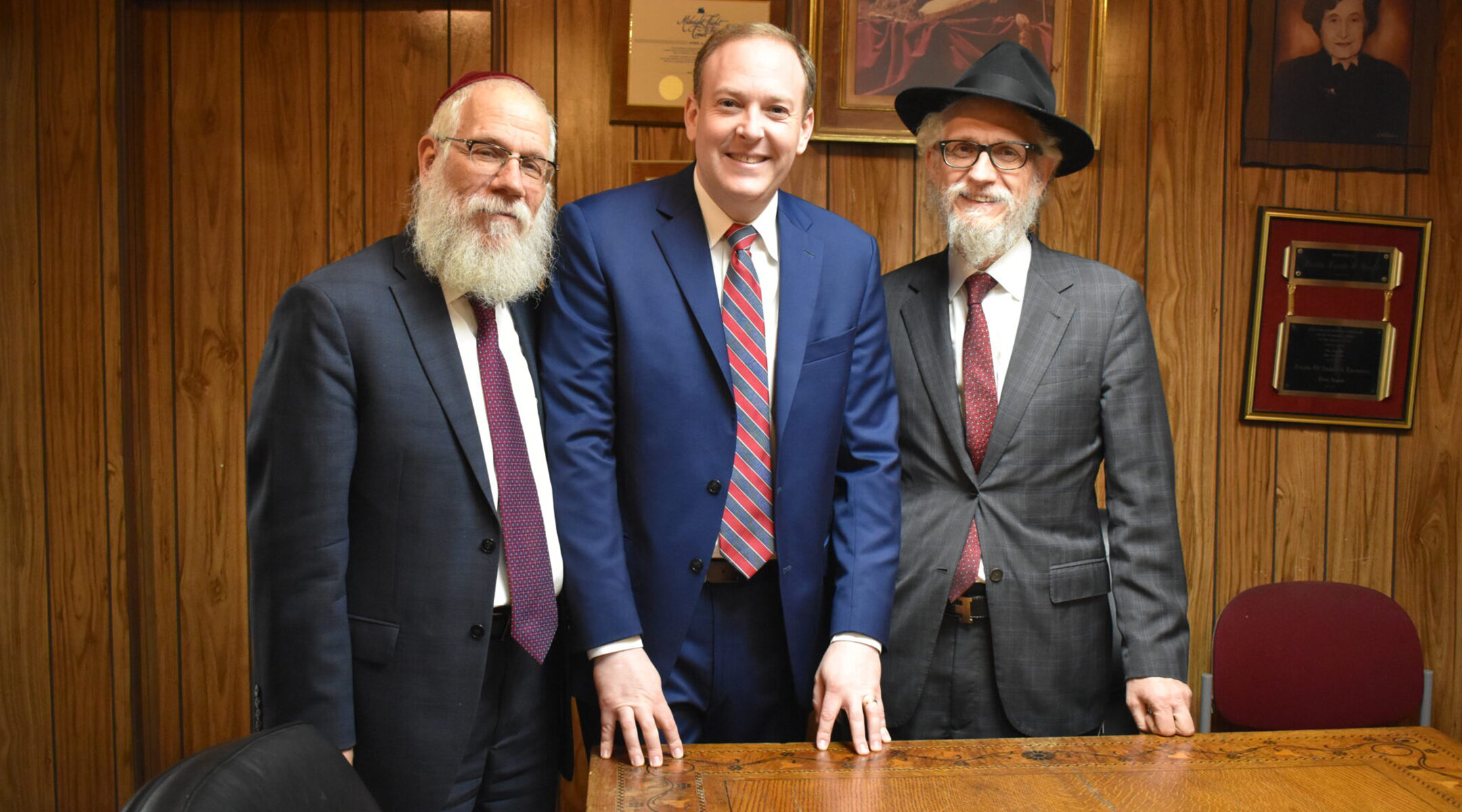 A Quinnipiac University survey released last week found Gov. Kathy Hochul with only a slight 50 percent lead to Zeldin’s 46 percent, with Zeldin gaining on the once heavily favored Democratic frontrunner who took over for former Gov. Andrew Cuomo after he resigned amidst sexual harrassment allegations.

Gothamist reported last week that Zeldin, who earned former President Donald Trump’s endorsement this month, received a $4 million campaign boost through a pair of Super PACs largely funded by Jewish billionaire Ronald Lauder, who is an heir to the Estèe Lauder cosmetics company.

Lauder is a significant donor to Jewish causes, including the World Jewish Congress, of which he is president. Zeldin is one of only two Jewish Republicans in the House of Representatives.

Safe Together NY Super PAC has used Lauder’s money to buy ads criticizing Hochul on rising crime, which Republicans in various states see as a winning strategy, citing recent gains in the polls. Lauder is also the largest donor of the Save Our State NY Super PAC, which is led by Republican New York City Council member Joe Borelli.

At the same time, Zeldin has made significant inroads with the Orthodox community across the state, whose adherents lean conservative and supported Trump in the presidential election.

Over the weekend, the candidate received an endorsement from Rabbi Shea Hecht, the chairman of the National Committee for the Furtherance of Jewish Education, who is also a principal in the Chabad Hasidic movement.

“You are the only candidate who is truly pro-Yeshivas and public safety, which are the two prominent issues facing our community,” Hecht wrote in a public letter to Zeldin. “I enthusiastically support your campaign.”

A Borough Park political insider who wished not to be named told the New York Jewish Week that he supports Zeldin because of the candidate’s support of yeshiva education. “This is our number one issue at this point in our time,” the insider said. “People feel that Hochul has been silent on this issue. They feel that Zeldin has been very vocal and hopefully when he becomes governor he’ll continue with that.”

After the New York Times story came out, Zeldin said in a statement that “New York is wrong for pushing these substantial-equivalency standards,” adding, “as Governor, I will promote more school choice, not less, and do everything in my power to fight for students first and empower parents to be in control of the family’s destiny in life.”

In recent weeks, Zeldin has toured different yeshivas around the state, and he has had multiple meetings with prominent Orthodox rabbis throughout his campaign.

“Orthodox voters would feel a basic accomplishment if Zeldin wins,” Gestetner said. “In all fairness to Hochul, she also has a good record to run on when it comes to Jewish support, but there is a certain laidback aura coming from her office in a time of rising crime and an attack on our way of life in regards to the yeshivas that makes people wonder about her.”

Politicians often court the haredi Orthodox leadership in Brooklyn and in Rockland and Orange counties in the belief that the communities often vote as a bloc. At the same time, Orthodox leaders have been careful to cultivate politicians on both sides of the aisle: Mayor Eric Adams privately attributed his election win to their support in a closed door meeting last month, and in June, Hochul secured endorsements from rival factions in the Satmar Hasidic community.

Zeldin voted against certifying the 2020 presidential election, which Trump erroneously claims he won. In that election, a survey from Orthodox magazine Ami showed that 83% of Orthodox voters supported Trump.

Polls typically show the majority of Jewish voters, who are not Orthodox, back Democratic candidates at about the same rate. UJA-Federation of NY estimates that Orthodox Jews represent 32% of the Jewish population in the metropolitan area, although a large percentage are too young to vote.

New York voters have not elected a Republican to statewide office since then-Gov. George Pataki won a third term 20 years ago.

Rabbi Jan Uhrbach of the Conservative Synagogue of the Hamptons, which falls in Zeldin’s congressional district, told the New York Jewish Week that they “have no direct relationship with him or his office.”

While Zeldin has focused on crime and education in his campaign, Hochul has emphasized Zeldin’s ties to Trump and his record on abortion as a reason to vote for her. Zeldin appeared to welcome the Supreme Court’s decision overturning of Roe v. Wade, but said recently that he would not change the state’s abortion laws if elected.

Lee Zeldin is fighting for Donald Trump — not New Yorkers. We will reject their dangerous and extreme agenda on November 8.

Hochul also has some strong Jewish donors, including director Steven Spielberg and producer Jeffrey Katzenberg, as well real estate executive Steven A. Roth, the investor Aby Rosen and Leonard A. Lauder, Ronald’s brother and an investor and philanthropist in his own right.

Another Jewish donor, Vornado executive Haim Chera, has contributed to both Hochul and Zeldin’s campaigns.

The two will face off against each other on Tuesday night for the only gubernatorial debate to take place before the election.