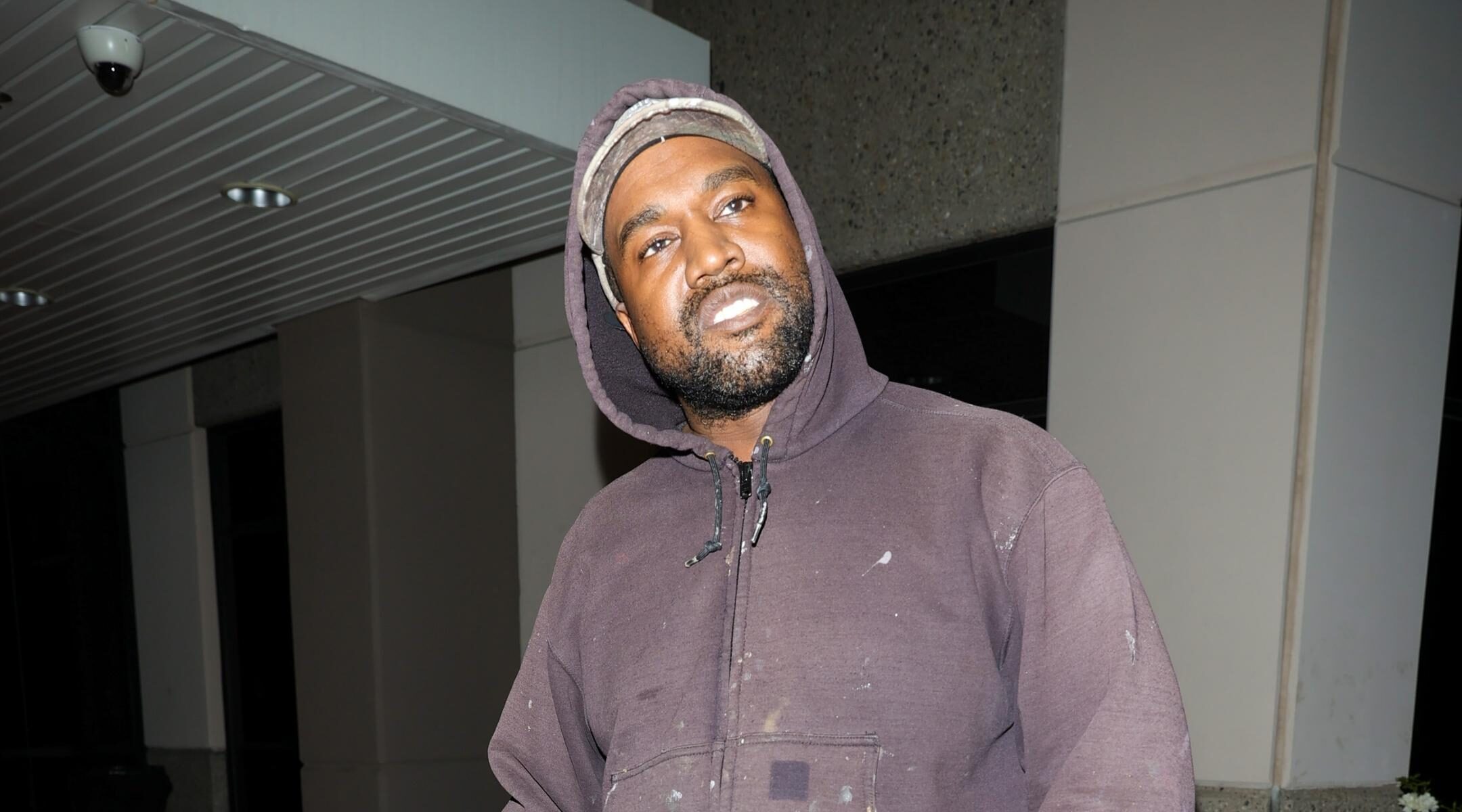 (JTA) — A Jewish educational consultant who was working for Kanye West’s secretive private Christian school resigned from her post earlier this month in the wake of the rapper’s antisemitic comments.

Allison Samek, president of Temple Isaiah, told The Hollywood Reporter in a statement: “Dr. Andrews immediately resigned from Donda Academy following Ye West’s tweet. Her last day was October 11, 2022 as she felt she could no longer support the organization.”

In the days following West’s tweets and comments on various shows and podcasts, several brands cut their ties with the musician, including CAA talent agency, Vogue and the Balenciaga fashion brand. After a prolonged public pressure campaign, Adidas announced on Tuesday that it would follow suit, cutting ties with West days after he said “I can literally say antisemitic s— and they cannot drop me.” It’s estimated that the split will cost the company 4-8% of its overall revenue and will cost West over $1 billion of his net worth.

On Monday, TMZ reported that Camille Vasquez, the lawyer who represented Johnny Depp in his defamation lawsuit against ex-wife Amber Heard, would no longer represent West in his business dealings.

Donda Academy, which opened in late August, currently has just under 100 students and 16 full-time teachers and costs $15,000 per year in tuition. Students wear uniforms consisting of clothing from West’s Adidas Yeezy and Gap lines, and the curriculum includes options for fashion courses, STEM classes and “restorative justice,” as well as after school activities such as basketball and a choir program led by the school principal, a current graduate student named Brianne Campbell. Members of the choir are part of Sunday Service, a gospel group that performs live with West, who now goes by Ye.

The K-8 school, which is not accredited, requires that parents sign informal nondisclosure agreements upon enrolling their children.

“The people that want to come to the school are looking for a good Christian school in that area and they know that we’re there,” Andrews told Rolling Stone in September. “There is also a certain notoriety that comes with being affiliated with Donda. So, I don’t know that we have to advertise, which is a blessing and a curse.”

Before the school year began, Donda Academy had already faced some staff departures, notably former executive director Beulah McLoyd, who had previously been a school principal in Chicago and had met with former President Barack Obama for her work in innovating a school’s early college STEM program.

Remarking to Rolling Stone on McLoyd’s departure, Andrews said, “She moved on… Sometimes there’s people that are not the perfect fit for every role.”