As ADL urges Adidas to dump Kanye West, rapper brags he can say ‘antisemitic s*** and they cannot drop me’ 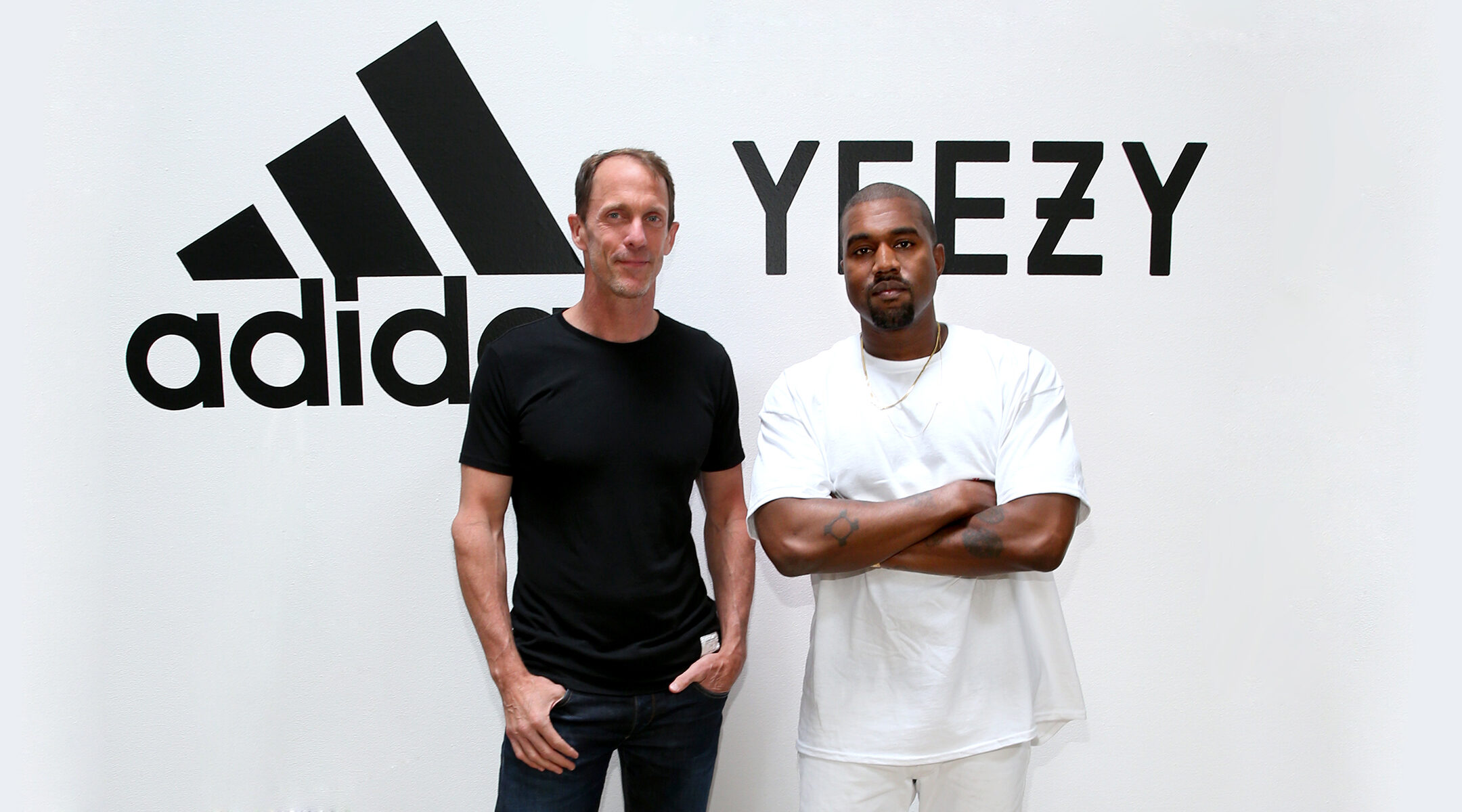 (JTA) – The Anti-Defamation League urged sportswear giant Adidas this week to end its partnership with rapper Kanye West over his recent antisemitic comments, while West went on a podcast to brag that “I can literally say antisemitic s— and they cannot drop me.”

The comments came shortly before luxury fashion brand Balenciaga announced Thursday that it had severed ties with West, in a statement to Women’s Wear Daily shortly after publishing its third-quarter earnings results. The brand did not give a reason.

West, who goes by Ye, has been embroiled in controversy ever since Balenciaga’s recent Paris Fashion Week show earlier this month, at which he debuted a line of “White Lives Matter” shirts. Since then, the rapper and fashion mogul has unleashed a slew of antisemitism across social media and in news interviews, including vowing to go “death con 3 on Jewish people” and claiming that he is the target of a “Jewish underground media mafia.” He was locked out of several social media accounts as a result of his posts.

Balenciaga’s break-up with West was especially notable because the brand has had a years-long relationship with him. West first met the company’s lead designer, Demna, in 2014, and the two have regularly corresponded since; he’s spent reported millions of dollars on Balenciaga goods; and he began regularly collaborating with them in 2019 on shows, labels and other projects.

Adidas’ own relationship with West stretches back nearly a decade. In a letter Thursday to the CEO and board chair of Adidas, ADL head Jonathan Greenblatt pushed the company to end it.

“At this point, what more do you need to review?” Greenblatt asked them, adding that he was “particularly alarmed” that a new shoe collaboration was scheduled to release in the run-up to the anniversary of the Tree of Life Pittsburgh synagogue shooting, in which a white supremacist murdered 11 Jews during Shabbat services.

Days before Greenblatt’s letter, West appeared on the popular rap podcast “Drink Champs” and bragged that he could maintain his Adidas partnership no matter how many antisemitic things he said.

“The thing about it being Adidas is like, I can literally say antisemitic s*** and they cannot drop me,” he said. “Now what?” (The podcast has since removed its latest West episode, and host N.O.R.E. has apologized for posting the interview, but bootleg versions have been uploaded to YouTube.)

Other groups including Campaign Against Antisemitism joined the ADL in publicly urging Adidas to drop West, who on his podcast appearance also referenced previous antisemitism controversies involving other Black celebrities like Ice Cube and Nick Cannon (both of whom apologized after saying or tweeting antisemitic statements).

Adidas, whose partnership with West brought the company a reported $2 billion in revenue last year accounting for 10% of its total revenue, has kept its plans close to the vest. The company announced Oct. 6 its partnership with the rapper was “under review,” after what it characterized as “repeated efforts to privately resolve the situation,” but it has not publicly commented on West since then.

The sportswear company was founded in Germany by members of the Nazi Party and turned its shoe factories into Nazi munitions factories during WWII — but had also outfitted legendary Black U.S. runner Jesse Owens at the 1936 Olympic games held in Nazi Germany, and Allied goodwill for this connection helped Adidas enter the U.S. market after the war. (Adidas’ own company history glosses over its pre-1949 era.) Last year, the company made a haredi Orthodox Israeli marathon runner the face of a new campaign.

On Twitter, Greenblatt criticized Adidas for dragging its feet on West while having swiftly ended its partnership with French soccer player Kurt Zouma earlier this year after video evidence emerged of Zouma abusing his cats.

Since his outbursts, West has further announced his intent to buy far-right social media site Parler, which has a history of playing host to antisemitism. LeBron James’ HBO talk show “The Shop” also elected not to air an episode West had appeared on, with producers saying he had spouted more hate speech in the interview.

While some conservatives including Meghan McCain and Ben Shapiro have denounced West’s comments, others have proven to be friendlier audiences, including Fox News host Tucker Carlson, who edited comments West made about Jews out of a recent interview with him.