The next stage in Ice Cube’s unlikely friendship with Mort Klein: speaking at ZOA’s gala 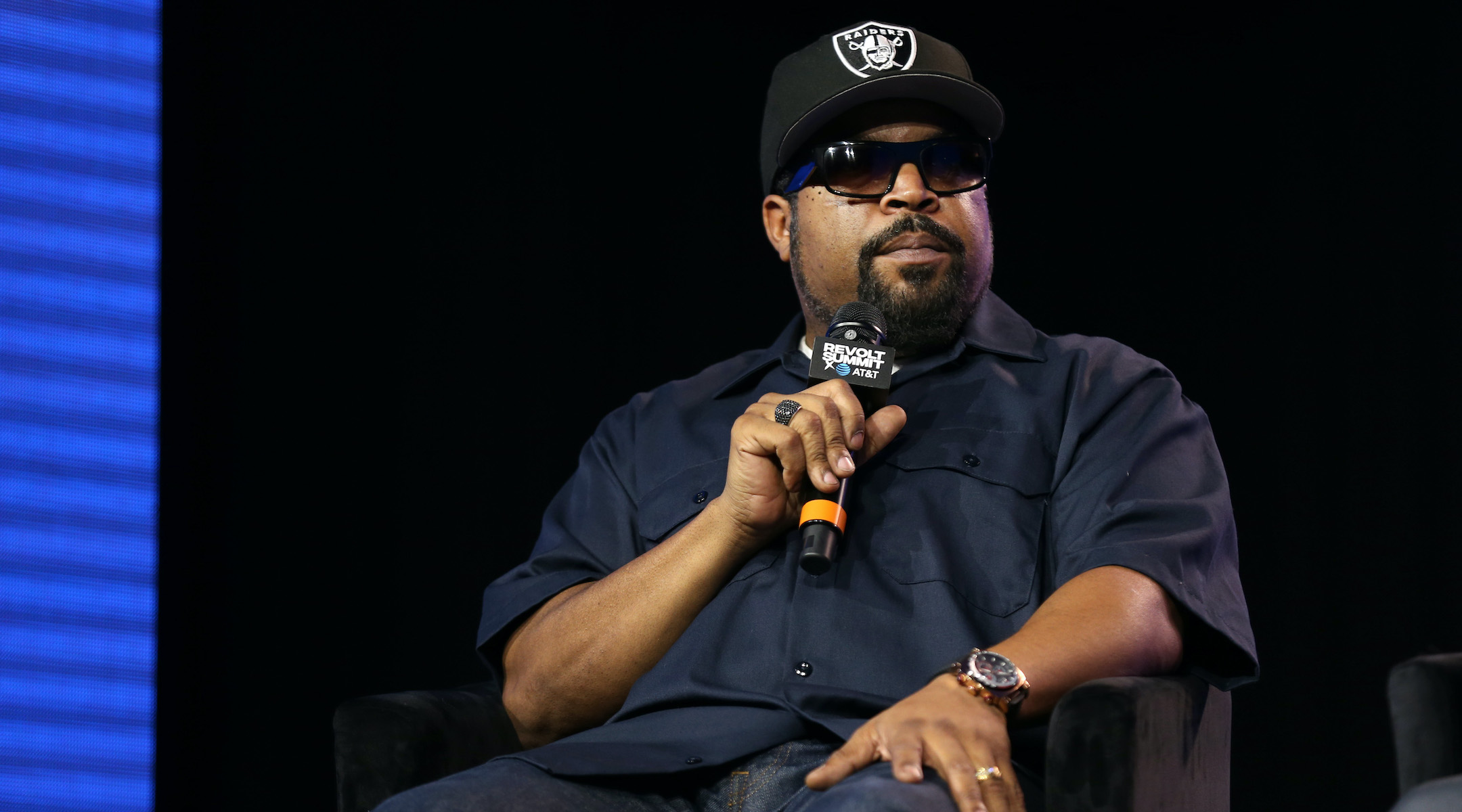 Ice Cube speaking at an even in Los Angeles, Oct. 27, 2019. (Phillip Faraone/Getty Images for REVOLT)
Advertisement

(JTA) — Ice Cube, Jon Voight and Miriam Adelson are just a few of the speakers set to headline the annual gala of the Zionist Organization of America in December.

The dinner will be held virtually.

Ice Cube, the rapper and actor known for being a member of the pioneering 90s rap group N.W.A. and for having a subsequent acting career, struck up a friendship with ZOA president Morton Klein this summer after he tweeted images that many deemed anti-Semitic. Klein spoke to the rapper about the incident and the two struck up an unlikely friendship.

“He called me Mort,” Klein told the Jewish Telegraphic Agency at the time. “He told me to call him Cube.”

That friendship has now borne fruit, with the rapper set to appear as a featured speaker at the annual ZOA dinner. Jon Voight, another actor who has in recent years become an outspoken supporter of Donald Trump, will also speak at the event. Other speakers include Miriam Adelson, the wife of Republican donor and casino magnate Sheldon Adelson, and David Friedman, the United States ambassador to Israel.

Even before this summer, Ice Cube had a fraught relationship with the Jewish community. He is a staunch supporter of the anti-Semitic Nation of Islam leader Louis Farrakhan and was accused in 2015 of ordering his entourage to beat up a rabbi. Some of his rap lyrics, including ones aimed at N.W.A.’s former Jewish manager Joseph Heller, have been called anti-Semitic.