10 years ago, a bar mitzvah video song broke the Brazilian internet — and became a club hit 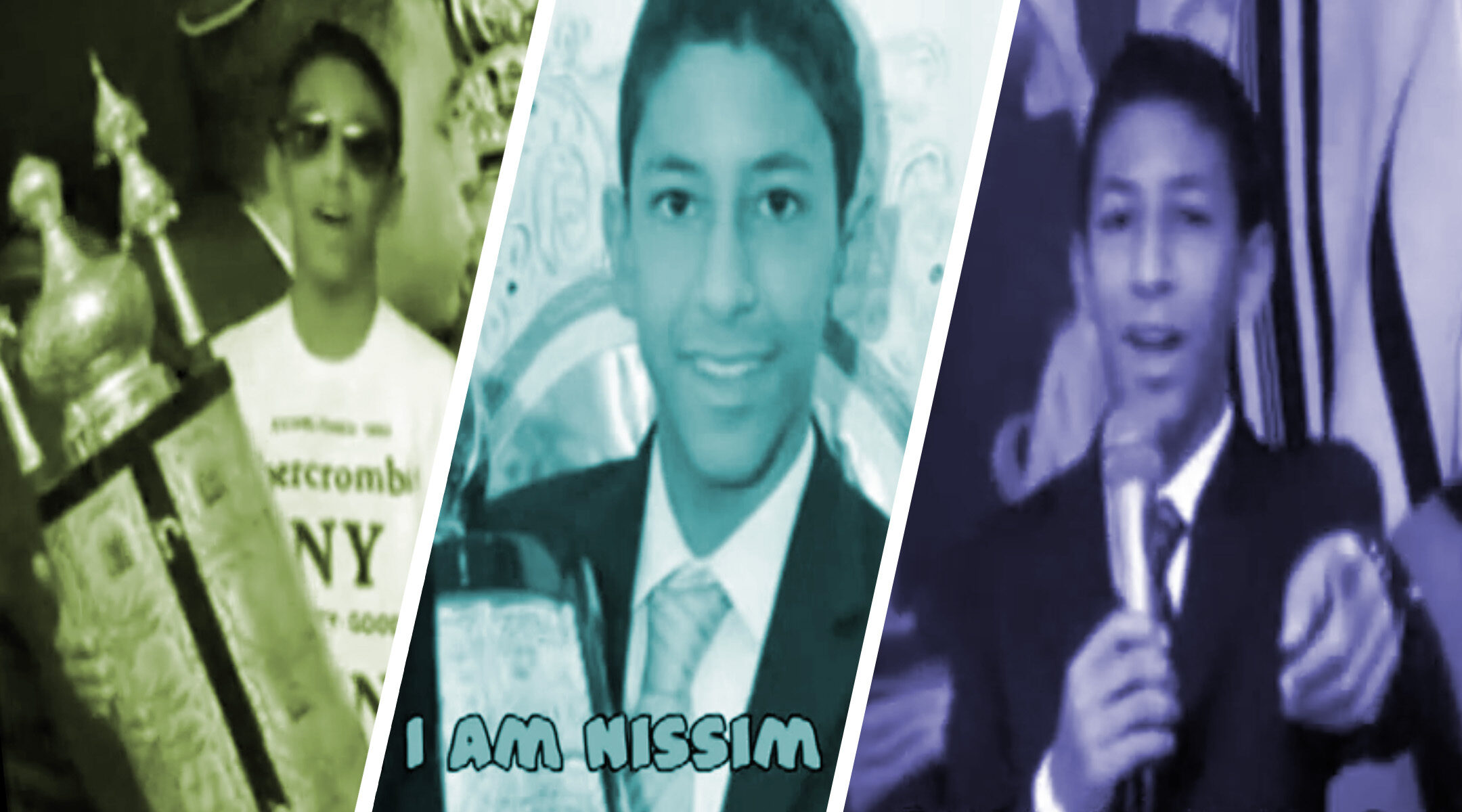 (JTA) — The around 120,000 Jews who live in Brazil make up less than 1% of the country’s total population, of approximately 214 million people.

But today, according to Marcio Bellora Saraceni, a 29-year old lawyer from Rio de Janeiro, “all of Brazil knows” the name Nissim Ourfali — a bar mitzvah boy who became one of the country’s first viral memes 10 years ago.

Footage of the then-13-year-old playing video games, wrapping tefillin and even standing on top of a whale (a nod to a beach called “Whale” near São Paulo) were all put together in this video that was originally played on a big screen at Ourfali’s bar mitzvah in 2012. Set to the music of “What Makes You Beautiful” by the British boy band One Direction, Ourfali sings new lyrics about his Jewishness and his love for his family (and Israel), in a very sheepish way.

According to the Estadão newspaper, the family published the video online so it could be accessed later by friends and family. They didn’t predict that the video would reach two million views in less than a year and explode into various realms of Brazilian pop culture.

According to a 2020 podcast interview with Noemy Lobel, who produced the video for the Ourfali family, the video became the subject of one of the top 10 tweets in the world just days after it was first published. The song soon became a favorite at house parties and in nightclubs around the country.

“I remember being in middle school when the video first came out and my friends and I would sing it together all the time,” Bellora Saraceni said. “Whenever the original One Direction song would play, everyone would sing Nissim’s version.”

But with the unanticipated fame came obstacles — the family suffered online antisemitic attacks and were hit with death threats as their son’s name and Jewish identity became part of public discourse.

In 2012, the family filed an appeal with a Brazilian court, asking for the video to be removed. Judge Athurs Wady ordered removal of some of the videos, including the original. But two years later, Wady ruled that he could not force Google, YouTube’s owner, to remove all videos mentioning Ourfali — it had been copied and spread around in countless versions that could not be tracked. The family appealed that decision and, in 2016, a state court ordered Google Brasil to take down as many of the videos as possible. Despite that ruling, the video is still widely available in different forms across the internet.

Little is known about Ourfali’s life 10 years after his shocking rise to internet domination. According to Brazilian website Aventuras na Historia, he does not speak publicly about the viral video and does not have any public-facing social media accounts. In 2018, right-wing influencer Arthur do Val posted a photo of Ourfali alongside right-wing parliament member Kim Kataguiri, who in a podcast earlier this year stated he was against the criminalization of Nazism in Germany. Do Val captioned his Instagram post of Ourfali and Kataguiri saying that Ourfali was complimentary of his work.

According to the Além do Meme podcast, Ourfali now lives and works in the United States.

Back in the Ourfali craze heyday, in sweat-filled night clubs dotted with neon strobe lights, Jeff Oliveira, a 34-year-old visual artist and DJ in Rio de Janeiro, would play both the original and new remixes of Nissim’s song throughout the course of night. “Every time I played Nissim’s music, people went crazy,” he said. “First they screamed in surprise and then they sang and danced together.”

Now, though, he’s moved on to newer and more relevant songs from Brazil’s pulsing internet culture.

“I think memes are always about being used at the right time,” he said. “People felt a connection from talking about Nissim all week with friends, co-workers, family, and on the weekend the DJ played just that.”