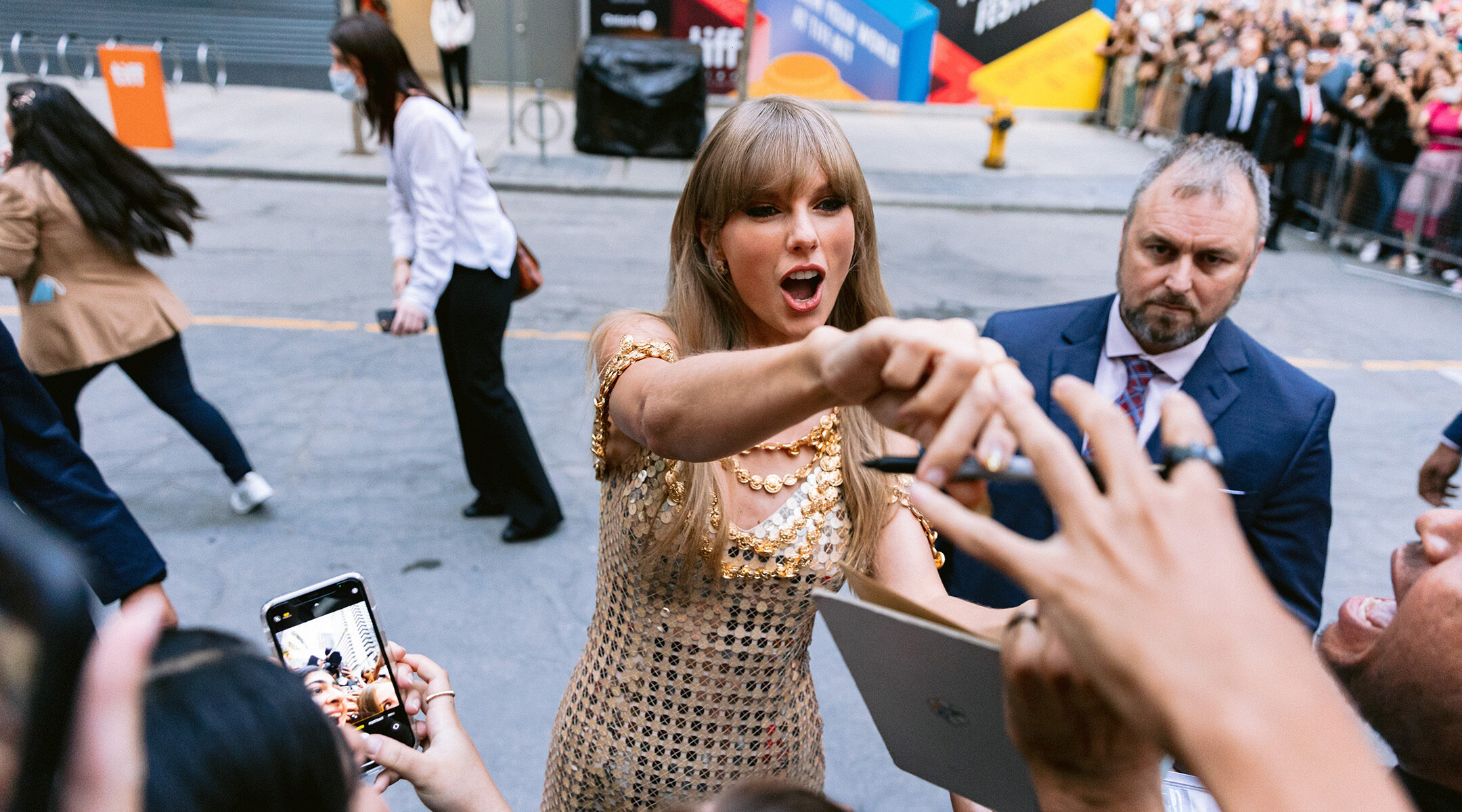 (JTA) — “You’re On Your Own, Kid,” isn’t just the name of a track on Taylor Swift’s newest album — the phrase describes the way many of the pop star’s Jewish fans were feeling after she released the dates for her upcoming tour.

This week, Shabbat-observant Swifties voiced their disappointment with the dates, which were all slated for during or just after the end of the Jewish Sabbath, on Friday or Saturday nights. (There was one scheduled for April 2, a Sunday, in Arlington, Texas.)

In response, Swift added eight more shows to the U.S. leg of her tour on Friday, all on weeknights, in cities such as Philadelphia, Seattle and Los Angeles. Many applauded the additions.

UM. Looks like I’ll get to see more of your beautiful faces than previously expected… we’re adding 8 shows to the tour 😆https://t.co/KFuqvr0hhO pic.twitter.com/4LTYSnwKJO

Swift’s “Midnights” album sold over a million copies in its first week, and she is now tied with Barbra Streisand as the female artist with the most albums to top the Billboard chart. The singer will take the Jewish Haim sisters, who feature in the music video for Swift’s song “Bejeweled,” along for part of the tour.