UK chief rabbi will sleep over at King Charles’ house to attend coronation, which falls on Shabbat 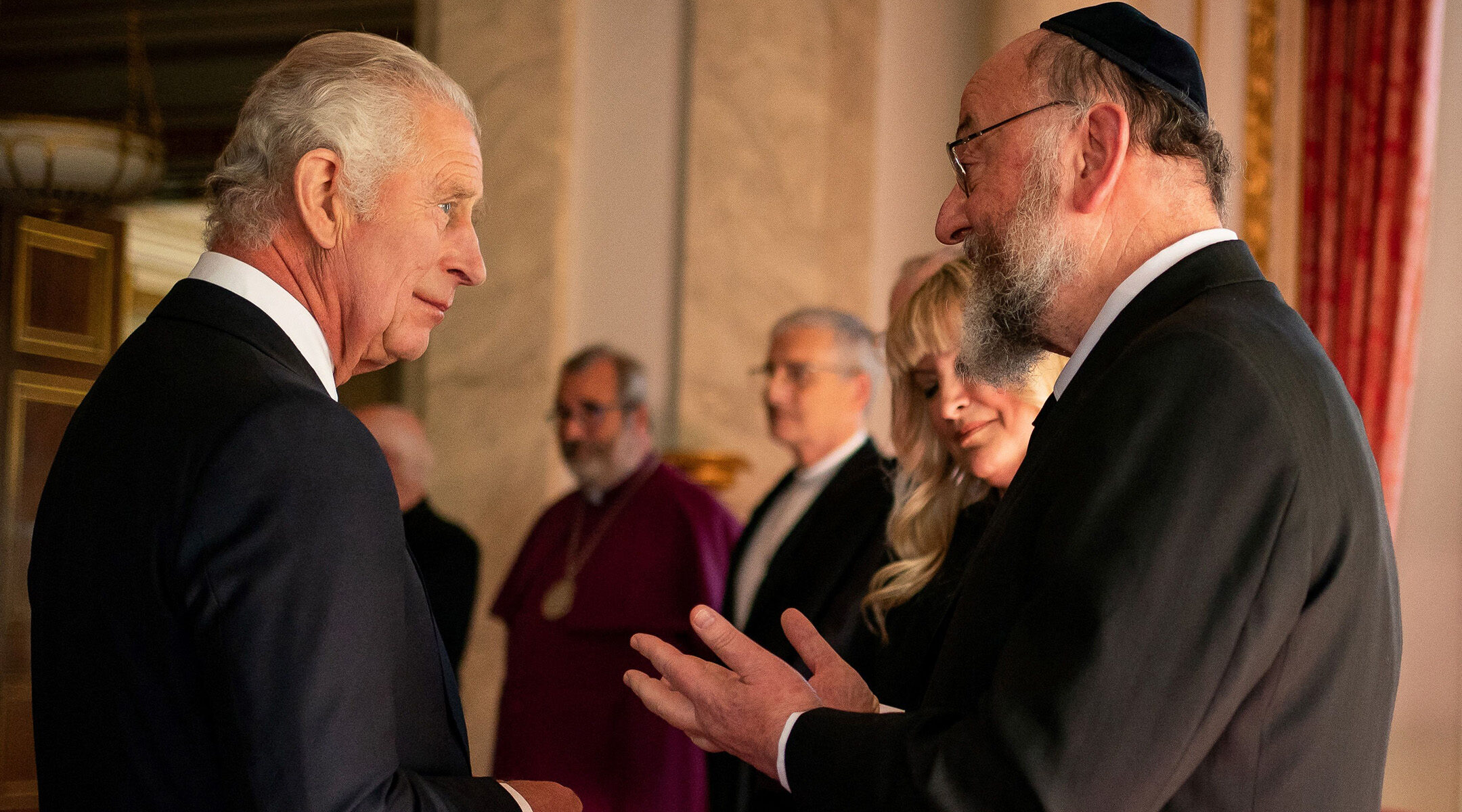 (JTA) — King Charles III wants to make sure that the United Kingdom’s chief rabbi can make it to his coronation ceremony next year — so much so that he’s letting the Jewish leader sleep over at his house.

The coronation is set for May 6, 2023, which falls on a Saturday, in the middle of the Jewish sabbath. Rabbi Ephraim Mirvis and his wife Valerie, who are Orthodox, are not allowed under Jewish law to travel by car or use electricity on Shabbat.

King Charles’ current residence, before he moves into Buckingham Palace, is Clarence House, located a few minutes’ walk from the palace. So the sleepover allows the Mirvises to walk to the ceremony.

While the Telegraph reported that a member of the rabbi’s staff called the offer “an amazing gesture,” it’s not the first time the king has accommodated Mirvis’ religious observance.

After Queen Elizabeth died on a Thursday, the king’s reception at Buckingham Palace was rescheduled to early in the day on Friday to allow Mirvis to attend and fulfill rabbinical duties later in the day.

Mirvis, 66, has been chief rabbi since 2013, succeeding the late Jonathan Sacks.

A coronation on Shabbat is a rare occurrence. In 1902, then-Chief Rabbi Hermann Adler attended the coronation of King Edward XII on Shabbat, alongside members of the prominent Rothschild and Sassoon families.