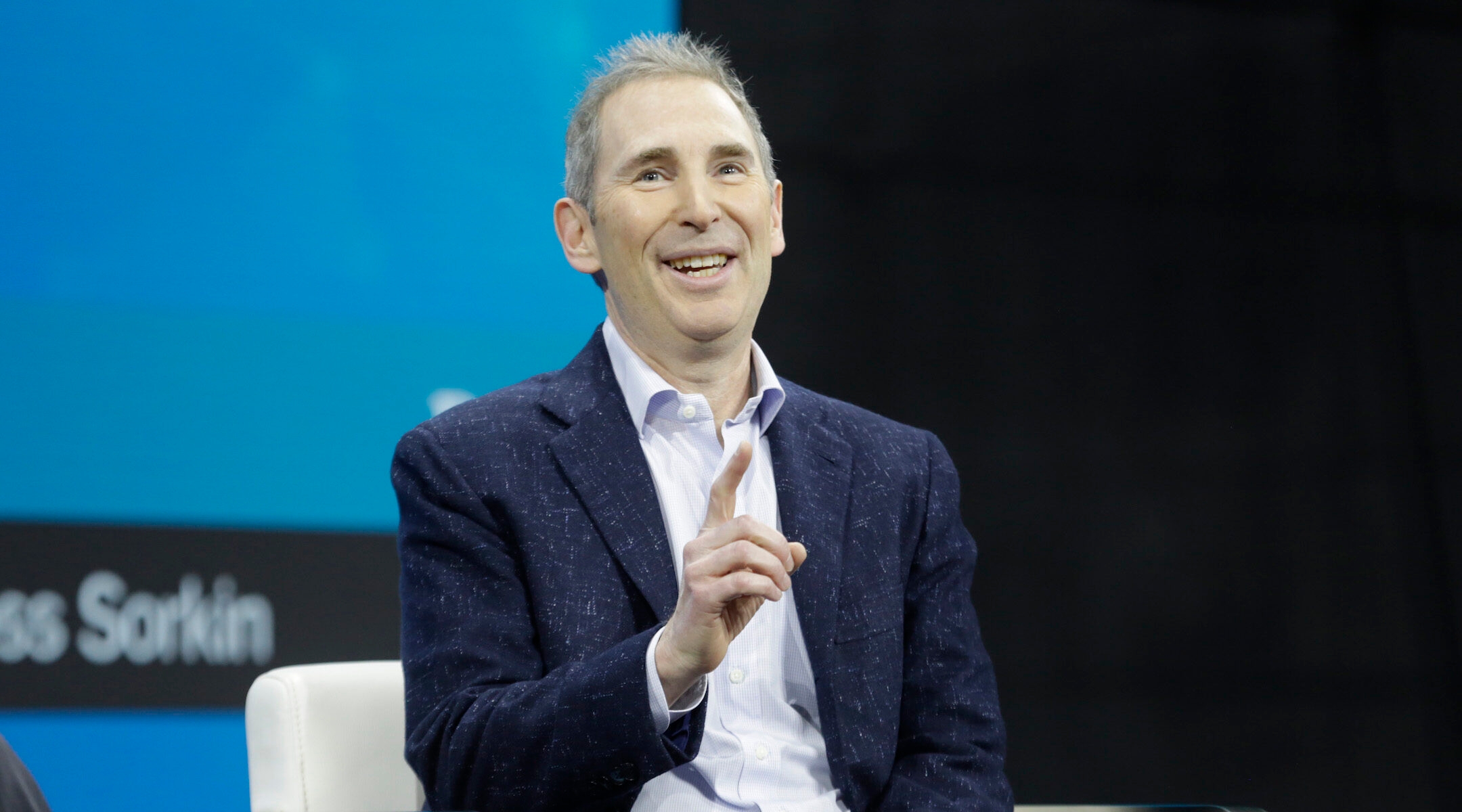 (JTA) – Bucking weeks of public pressure from Jewish groups, celebrities and the Brooklyn Nets, Amazon will not stop selling an antisemitic documentary on its service that was promoted by NBA star Kyrie Irving.

The company’s CEO Andy Jassy, who is Jewish, said Wednesday that Amazon had no plans to remove or add a disclaimer to “Hebrews to Negroes: Wake Up Black America,” whose Amazon link Irving ignited a firestorm by tweeting about it earlier this month. Amazon had previously considered whether to add a disclaimer.

“As a retailer of content to hundreds of millions of customers with a lot of different viewpoints, we have to allow access to those viewpoints, even if they are objectionable — objectionable and they differ from our particular viewpoints,” Jassy told the audience at the New York Times DealBook Summit.

Jassy drew a distinction between the film, which promotes antisemitic conspiracy theories about the relationship between Jews and Black people, and content that he said “actively incites or promotes violence or teaches people how to do things like pedophilia.” With the latter, he said, decisions to remove content are “more straightforward.”

The e-commerce giant had been internally debating whether to remove the film for weeks, according to reports in Variety. It had been uploaded to the site independently via a program called Prime Direct, which allows user-generated content to be sold on the site’s streaming services.

Irving’s tweet — which shared an Amazon link to the documentary without further comment — came on the heels of more explicitly antisemitic behavior from rapper Kanye West and sparked the ire of the Anti-Defamation League and the Nets, who eventually solicited an apology from the athlete. Nike ended a sponsorship deal with Irving following the tweet. Black Hebrew Israelites, a group whose ideology is promoted in the film, rallied to Irving’s defense.

But critics ranging from ESPN’s Stephen A. Smith to Spotify podcaster Joe Rogan questioned why Amazon was escaping scrutiny for providing the film on its platform.

The ADL has since called on Amazon to do so, and was joined by the American Jewish Committee and a chorus of entertainment figures including Jewish celebrities like Mila Kunis and Mayim Bialik and Jewish studio managers like Haim Saban and Ben Silverman.

According to the Variety report, the ADL’s activism may have been one reason why Amazon declined to take action, as it would be “difficult from an optics perspective,” the outlet wrote, to bow to the demands of a Jewish group amid so many public figures declaring that Jews control the media.

Amazon has in the past removed books promoting pedophilia from its site after news reports, and after the Jan. 6, 2021, attempted insurrection at the U.S. Capitol it removed the white-supremacist novel “The Turner Diaries,” which contains violent antisemitic fantasies and is often used as a hate-group recruiting tool.

After briefly banning Adolf Hitler’s “Mein Kampf” in 2020, the site then reinstated it while adding a disclaimer to the version sold on its site reading, “As a bookseller, we think it is important to offer this infamous work because of its historical significance and educational role in the understanding and prevention of anti-Semitism.” This version of the manifesto also includes an introduction written in the 1990s by the ADL.

Jassy’s position on the film is the latest example of major tech leaders debating their hands-off stances when it comes to moderating antisemitic content on their sites. In 2020, Meta’s Jewish CEO Mark Zuckerberg pledged to remove Holocaust denial from Facebook, reversing an earlier stance that said it wasn’t the company’s place to do so. More recently, newly minted Twitter CEO Elon Musk has taken steps to loosen previous restrictions of antisemitic content on the social media site, including by reinstating Kanye West’s account.