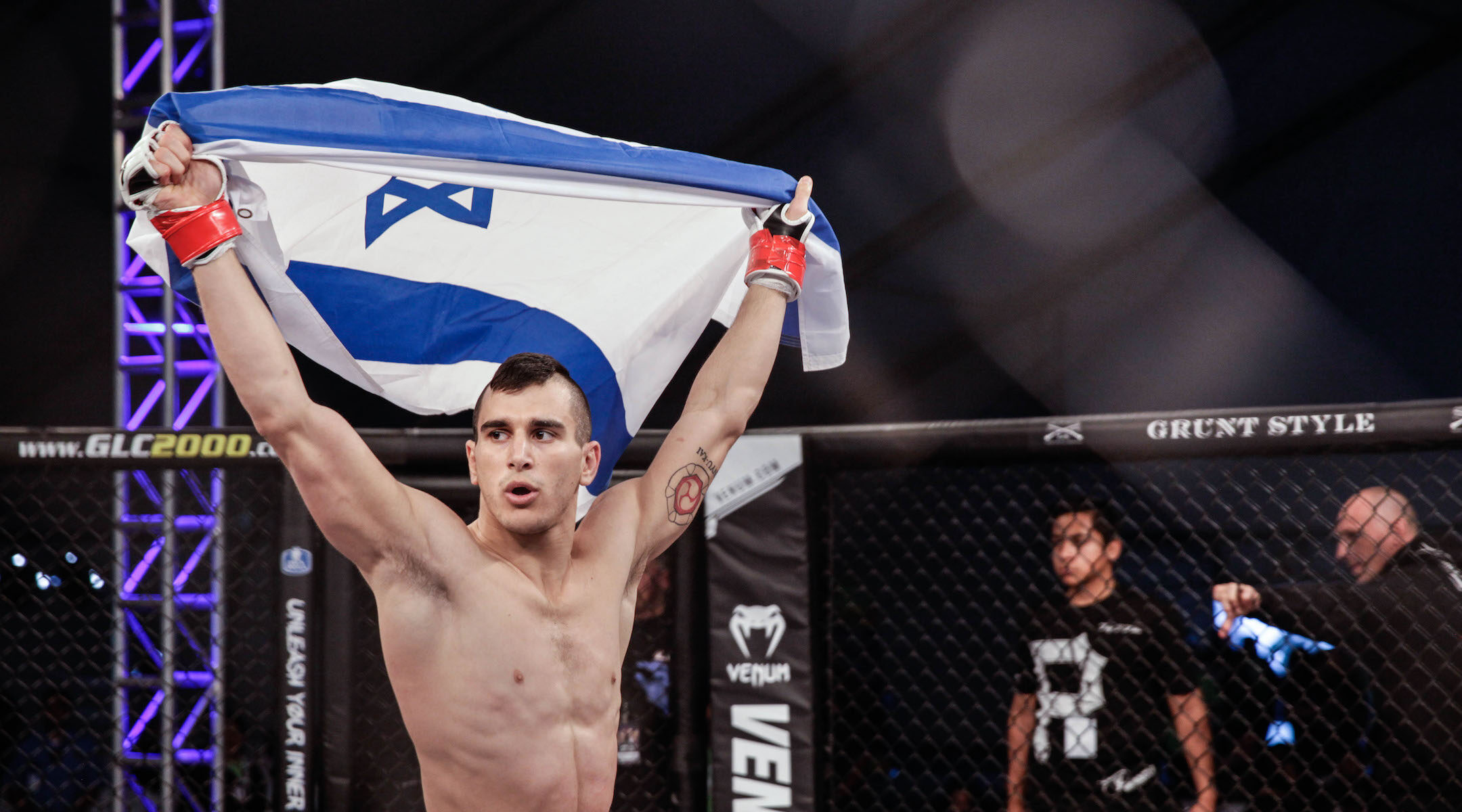 (JTA) — Natan Levy, one of the few Israelis ever to compete in the mixed martial arts Ultimate Fighting Championship, or UFC, isn’t pulling any punches in talking about Kanye West’s antisemitism.

“Kanye West, if you’ve got a problem with me or my people, come see me, bro,” Levy said during an interview Saturday following a victory at UFC Orlando.

“I think life is too short to hate, so to all these hateful people it sucks for you, I pity you,” he said, when asked for his reaction to the recent controversies surrounding West, who now goes by Ye, and NBA star Kyrie Irving.

Last week, Ye added to his growing list of antisemitic rants by praising Hitler during a three-hour appearance on conspiracy theorist Alex Jones’ “InfoWars” show. “Every human being has something of value that they brought to the table. Especially Hitler,” Ye said.

Levy, who was born in France and moved to Israel as a young child, has become only the third Israeli to sign on with the UFC, the world’s top mixed martial arts league. He told the Jewish Telegraphic Agency last year that he’s proud to bring an Israeli flag with him to fights.

“I am Jewish, it’s what I am, it’s what I was born,” Levy said during his post-fight interview. “I’m very proud of it and I will fight for it. I will fight for my people in the octagon, or wherever need be, and I will not stand for antisemitism. I won’t stand for any racism — not around me. Don’t bully anybody around me, or I’m going to find you.”

Levy also said he has personally felt the recent spike in online antisemitism in the wake of the news surrounding multiple antisemitic public figures, saying sarcastically that he has received “a lot of lovely DMs,” or direct messages on social media. “Trust me, I’ve noticed it,” he said with a smile.