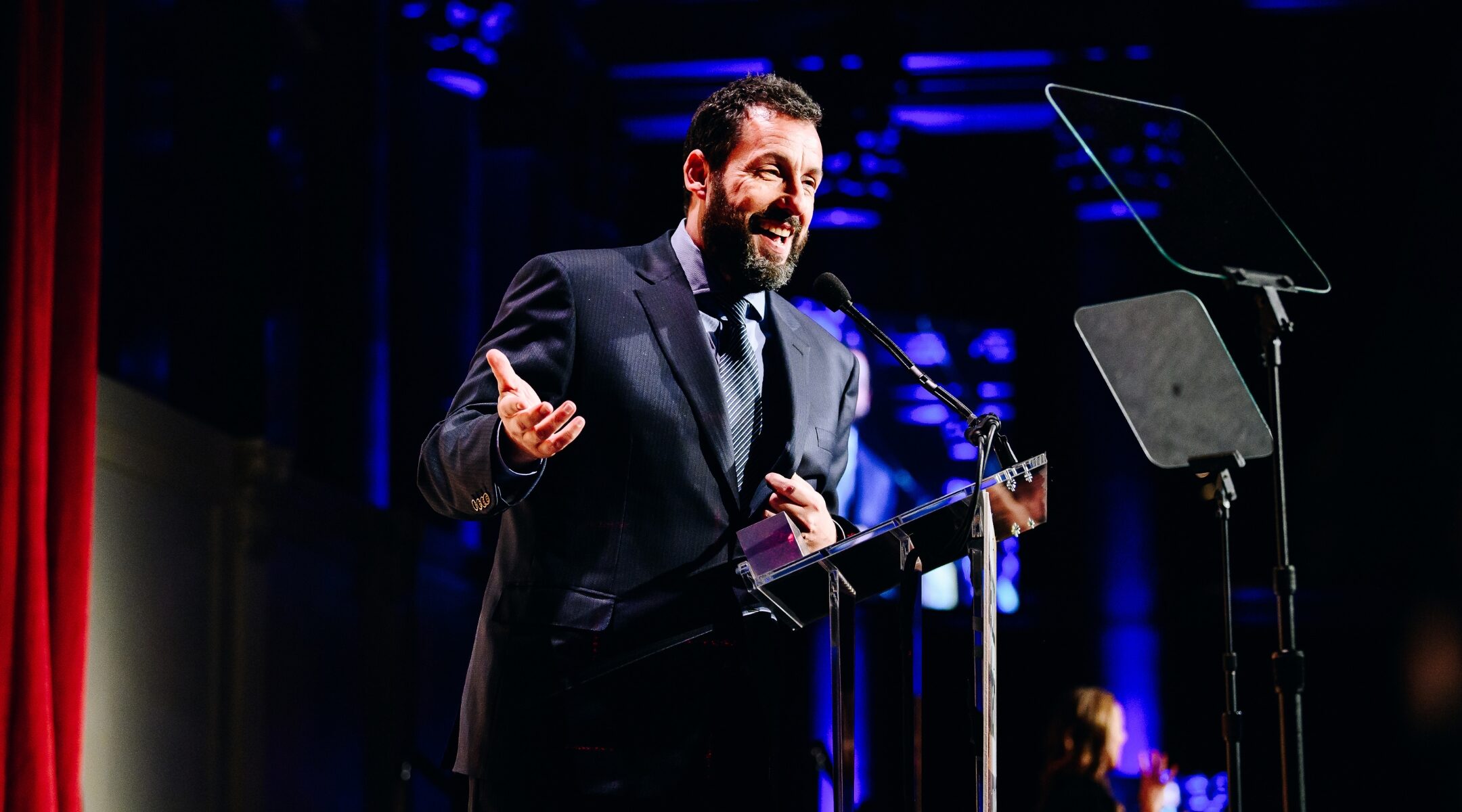 (JTA) — The eight crazy nights of Hanukkah came early for Adam Sandler when the Kennedy Center for the Performing Arts announced Tuesday that the comedian and actor would be honored with the Mark Twain Prize for American Humor at a ceremony in March.

The prize is presented annually to individuals “who have had an impact on American society” similar to that of the 19th-century novelist and humorist, “who startled many while delighting and informing many more with his uncompromising perspective on social injustice and personal folly.”

Sandler, 56, got his start as an actor on “The Cosby Show” and was a cast member on “Saturday Night Live” for five years, before eventually starring in a slew of blockbuster comedy movies in the 1990s and early 2000s, including “Happy Gilmore,” “Big Daddy,” “The Wedding Singer,” “50 First Dates” and “Click.”

Sandler has also given critically acclaimed dramatic performances, such as one in 2019’s “Uncut Gems,” in which he played a frenetic Jewish jeweler with a gambling addiction. Others include roles in Paul Thomas Anderson’s “Punch-Drunk Love” (2002), Noah Baumbach’s “The Meyerowitz Stories” (2017) and Jeremiah Zagar’s “Hustle” (2022).

Perhaps unusually for comics of his generation, the Brooklyn-born Sandler often places his Jewishness front and center, as in his portrayal of an Israeli fish out of water in “Don’t Mess With the Zohan” (2008) and especially in his performance of “The Chanukah Song,” originally an “SNL” bit in which he name checks dozens of Jewish celebrities. His 2002 animated comedy “Eight Crazy Nights” takes place during the Hanukkah season.

Sandler, his wife Jackie and their two teenage daughters are set to star in a bat mitzvah-themed movie for Netflix based on Fiona Rosenbloom’s 2005 novel, “You Are So Not Invited To My Bat Mitzvah!”

There was no Mark Twain Prize in 2020 or 2021 due to the COVID-19 pandemic. The previous two winners before Sandler were 2019’s Dave Chappelle and 2022’s Jon Stewart. Chappelle was recently the subject of controversy when he focused part of an “SNL” monologue on Kanye West’s antisemitic comments and cracked jokes that suggested Jews run Hollywood. In the days following the episode, Stewart, a personal friend of Chappelle’s, weighed in on the monologue and defended Chappelle’s comments.