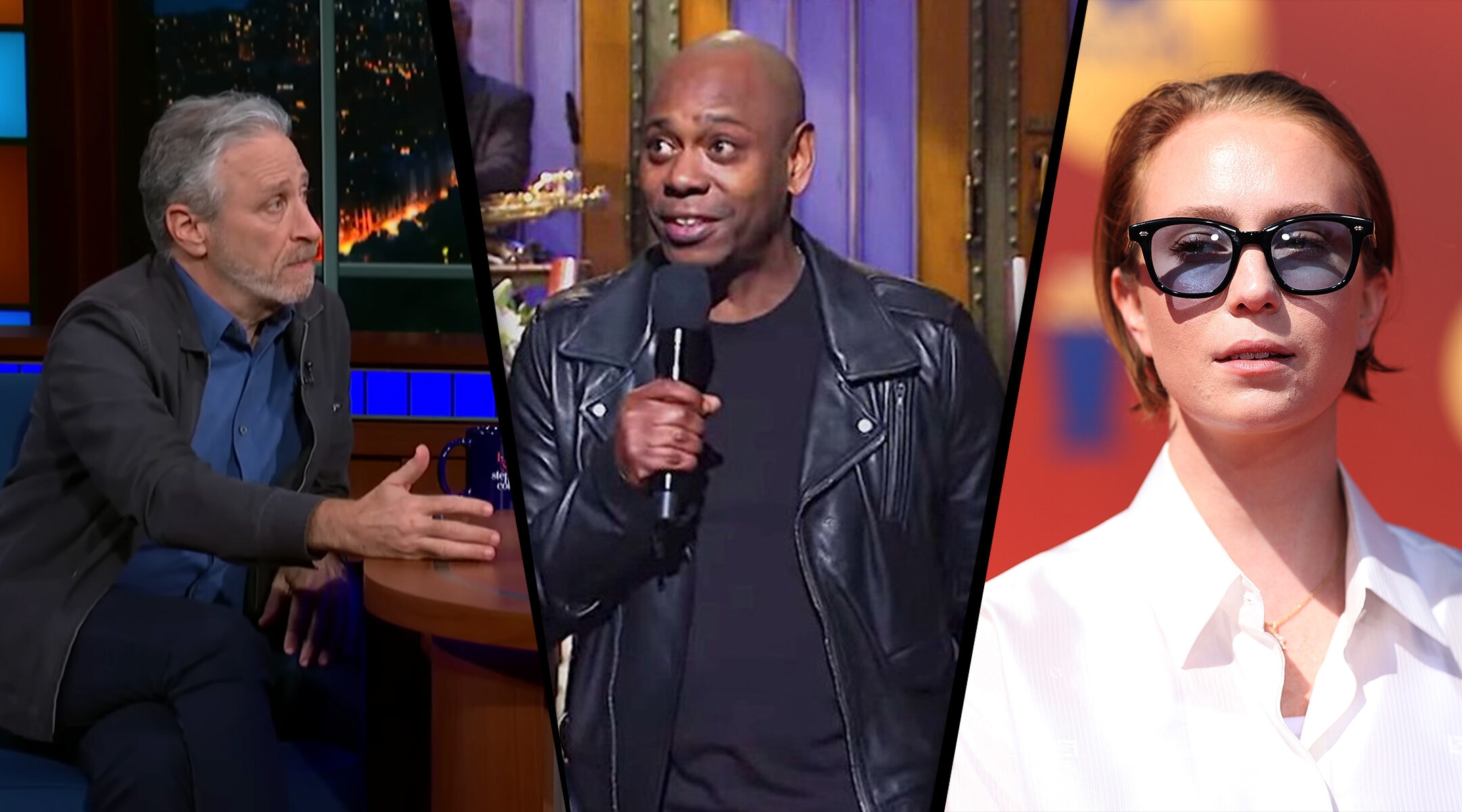 (JTA) — Prominent Jewish comedians have begun to weigh in on fellow comic Dave Chappelle’s “Saturday Night Live” monologue in which he joked about Jews running Hollywood.

The verdict from his peers has been mixed after Chappelle delivered a 15-minute set that the head of the Anti-Defamation League said appeared to “normalize” and “popularize” antisemitism.

Hannah Einbinder, a Jewish comedian and star of HBO’s “Hacks,” said in an Instagram story Tuesday that Chappelle’s monologue was “littered with antisemitism.”

“Bigoted people will often couch their bigotry in a degree of truth,” Einbinder wrote. “They’ll tell you two great things, and then they slip the lie in, because they’ve earned your trust with the two great things they’ve told you.”

“No one who laughs at the solid jokes would be willing to admit that there was antisemitism in that monologue, because that admission would then qualify them as complicit,” she added.

In his “SNL” set, Chappelle — who has been widely criticized for the high volume of transphobic jokes in his most recent specials — poked fun at rapper Kanye West, who had tweeted a threat in October to “go death con 3 on JEWISH PEOPLE” after a week in which he shared various antisemitic tropes about money and power.

But Chappelle also leaned into those tropes in his monologue, saying that it is “not a crazy thing to think” that Jews exert outsized influence in Hollywood and on media discourse.

Chappelle also suggested that Kanye had violated Hollywood’s “rules of perception,” saying, “If they’re Black, then it’s a gang. If they’re Italian, it’s a mob. But if they’re Jewish, it’s a coincidence and you should never speak about it.”

Jon Stewart, former host of “The Daily Show” and a friend of Chappelle’s, defended the comedian in an interview Tuesday on Stephen Colbert’s late-night talk show. Chappelle, Stewart suggested, was trying to explain why a Black performer like Kanye West is susceptible to conspiracy theories about Jews.

“Look at it from a Black perspective. It’s a culture that feels that its wealth has been extracted by different groups,” said Stewart. “That’s the feeling in that community, and if you don’t understand where it’s coming from, then you can’t deal with it.”

He also praised Chappelle for saying, “It shouldn’t be this hard to talk about things.”

“I’m afraid that the general tenor of conversation in this country is cover it up, bury it, put it to the outskirts and don’t deal with it,” said Stewart.

Stewart also said that he was generally opposed to censorship and penalties for people who make antisemitic or offensive comments, referring to NBA player Kyrie Irving’s five-game suspension from the Brooklyn Nets after the star tweeted a link to a film that contains antisemitic tropes.

“Penalizing somebody for having a thought — I don’t think is the way to change their minds or gain understanding,” said Stewart.

Jewish comedian Sarah Silverman, who for much of her career has deployed racial stereotypes as a way, she has said, to poke fun at bigots, shared a video to her Twitter in reaction to Stewart’s interview, calling it “beautiful” and laughing along to one of his jokes.

While Einbinder and Stewart were the most vocal Jewish comics to discuss Chappelle’s “SNL” appearance, comedian Jerry Seinfeld withheld judgment. In an interview with the Hollywood Reporter Wednesday, Seinfeld said he thought the comedy was “well-executed” but repeatedly declined to comment on the subject matter itself.

Dave Chappelle isn’t the first to suggest that Jews run Hollywood. Here are the origins of the trope.