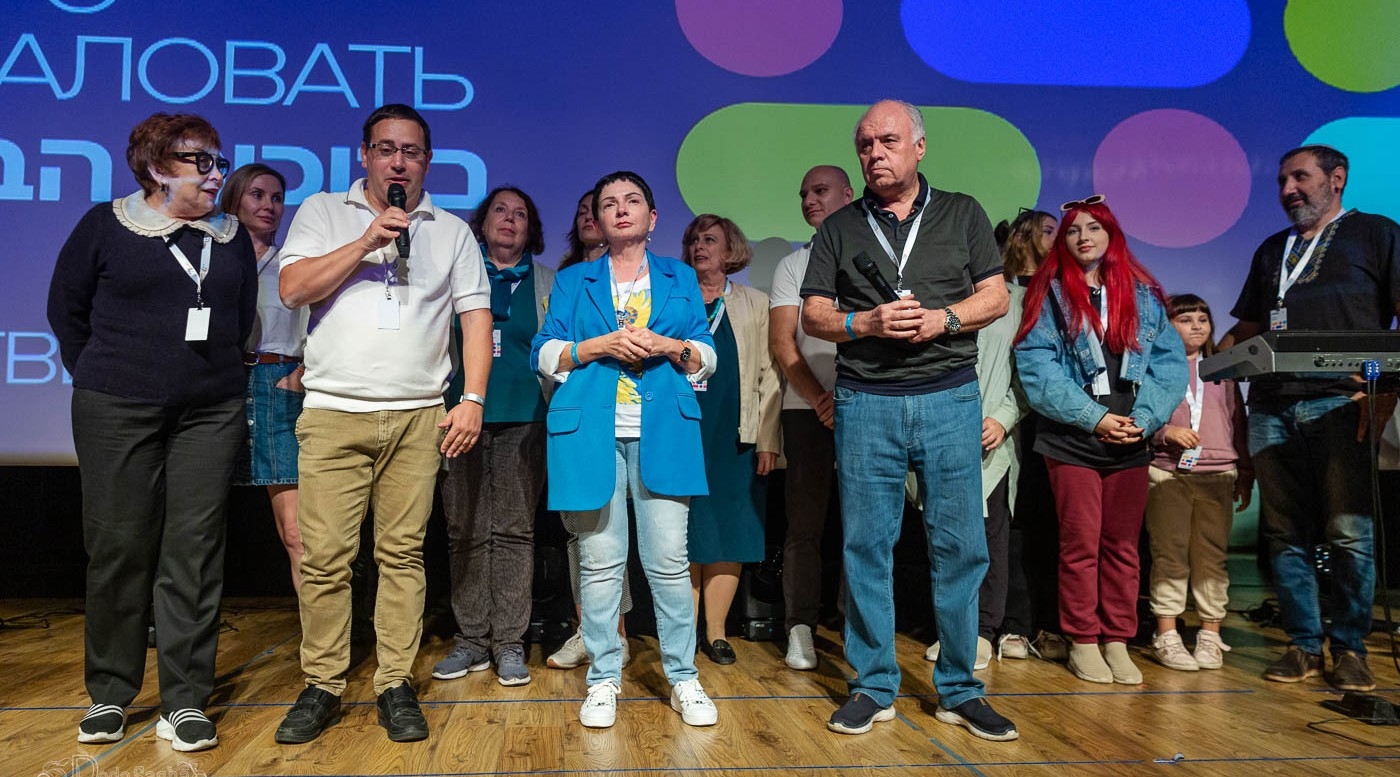 TIBERIAS, Israel — In a year when Israel has seen more immigrants move to the country from former Soviet republics than any other year over the last decade, there was plenty to discuss, worry about and celebrate at a major gathering of such Jews at Israel’s only lakeside city, Tiberias.

On the first weekend in December, over 1,200 Jews with roots in the former Soviet Union gathered at a resort hotel overlooking the Sea of Galilee for a weekend of Israeli and Jewish culture, food, music, dancing and comedy. Organized by Limmud FSU Israel’s team of more than 150 volunteers from a wide range of ages, the conference was held in a mix of Hebrew and Russian.

Osik Akselrud, regional director for Hillel International in Central Asia and Southeastern Europe and Limmud FSU Ukraine chair, said this is a particularly dark time for Jews in the former Soviet Union. With Russia’s war against Ukraine now in its 10th month, those remaining in Ukraine face the prospect of a freezing, dark winter without electricity.

“We are having a very hard time,” Akselrud said. “We feel part of the Limmud FSU family and are grateful for everything you’re doing for us, especially during these dramatic times. It’s like a breath of fresh air for all Ukrainians. Thank you for standing with us.”

Limmud FSU organizes Jewish learning festivals the world over for Jews with roots in the former Soviet Union.

The Tiberias event was held just a week before a scheduled Limmud FSU seminar in Warsaw, which took place Dec. 8-10. That gathering was focused on Ukrainian Jews still living in Ukraine as well as those who have fled to Europe and Israel to escape the war in their country. In March, Limmud FSU will hold another milestone conference: the first ever in Germany, another hub of refuge for Ukrainian Jews.

“The situation is devastating, and sadly it’s not getting better,” Matthew Bronfman, chairman of Limmud FSU, said of the war in Ukraine. “Berlin has been a desire of ours for more than a decade, and now with the recent influx of refugees there from war-torn regions, it’s amazing that we’ll be able to make it a reality for next March.”

Among the prominent speakers at the December conference were Avigdor Lieberman, Israel’s outgoing finance minister and a native of the former Soviet republic of Moldova; Elkayim Rubinstein, former vice president of Israel’s Supreme Court; Ze’ev Elkin, Israel’s outgoing minister of Jerusalem affairs and minister of housing and construction; Eliezer Shkedi, former commander of the Israel Air Force from 2004 to 2008; Amir Avivi, founder & CEO of Israel’s Defense & Security Forum, a movement of Israeli security personnel advocating for Israel’s security needs; Rabbi Jonathan Porath, who recounted the story of his lifetime of experiences with Soviet and post-Soviet Jews spanning over 50 years; and Ephraim Lapid, former senior intelligence officer in the Israel Defense Forces. 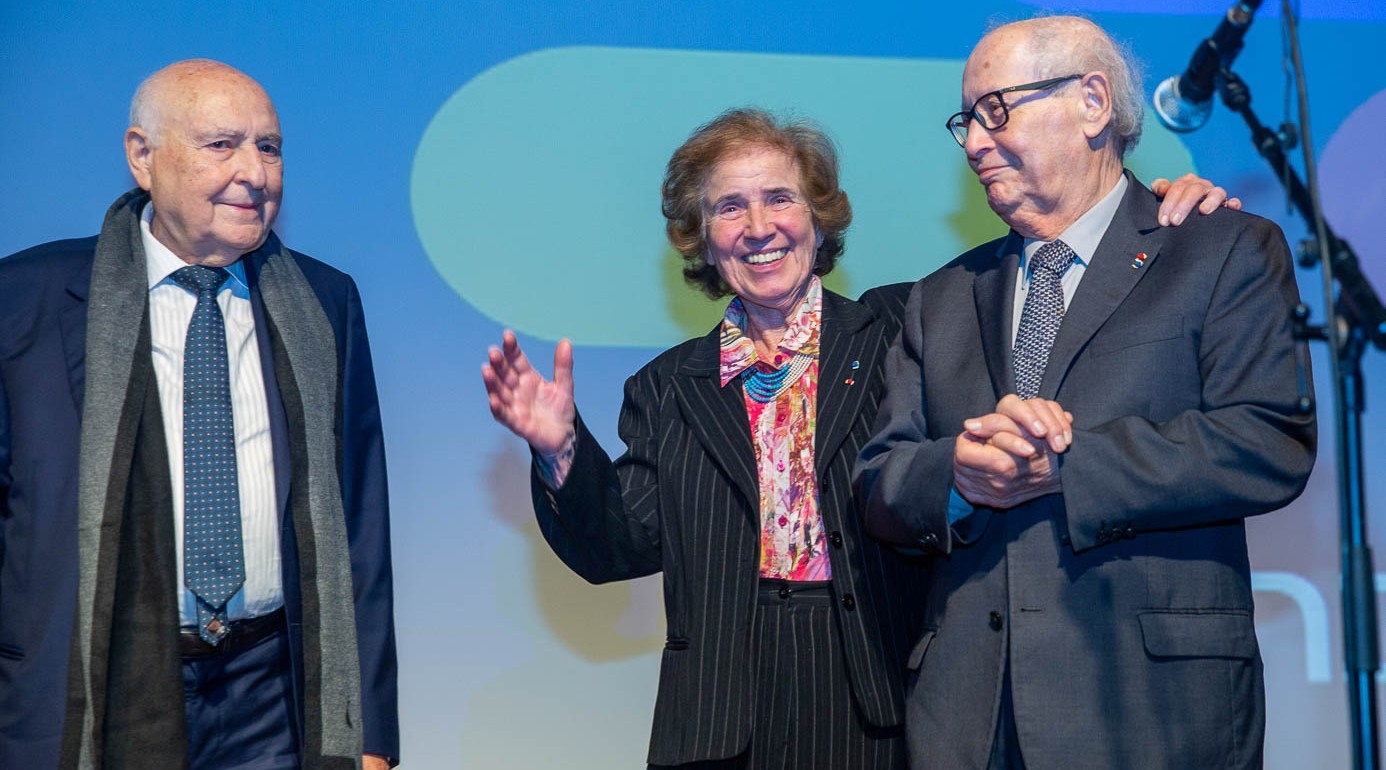 Lapid spoke of Israel’s essential role as a safe haven for Jews everywhere.

“If you’re Christian and you’re in trouble, can you come to Italy, a Christian nation, and say you want citizenship? Of course not. If you’re Muslim, can you go to Saudi Arabia and get automatic citizenship? It doesn’t exist,” Lapid said. “Israel is the only country in the world where Jews receive shelter, both physically and spiritually.”

Limmud FSU’s founder, Chaim Chesler, thanked the 150 volunteers who organized the Tiberias event and noted that more than 80,000 people have participated in Limmud FSU programs since 2005.

“Sandra Cahn and I created Limmud FSU nearly 18 years ago,” Chesler said. “Who would believe that after 18 years we’d continue to flourish and educate Jews now in 12 countries?”

Highlights of the weekend festival included performances of Hebrew and Yiddish hits by singer Vladi Blayberg and violinist Sanya Kroitor; a concert by Stas Gavrilov’s 10-piece Klezmerband; a master class given by Ukrainian ballerina Valeriya Kholodova; and a Russian-language standup comedy routine by Ilya Axelrod.

Special recognition was extended to world-famous Nazi hunters Serge and Beate Klarsfeld, whose life mission has been to bring Nazi war criminals and their French collaborators to justice. The two received a sustained standing ovation following the screening of a short documentary film on the 76,000 French Jews who were deported to Nazi concentration camps during World War II; only 3,000 survived.

“I was a child during the Holocaust, and escaped arrest because my father built a hiding place in our house,” said Klarsfeld, 87. “When the Germans came, he opened the door and sacrificed himself, but we were hidden behind a false wall. They looked for us but didn’t find us. After the war, I devoted my life to tracking Nazi criminals and helping the State of Israel.” 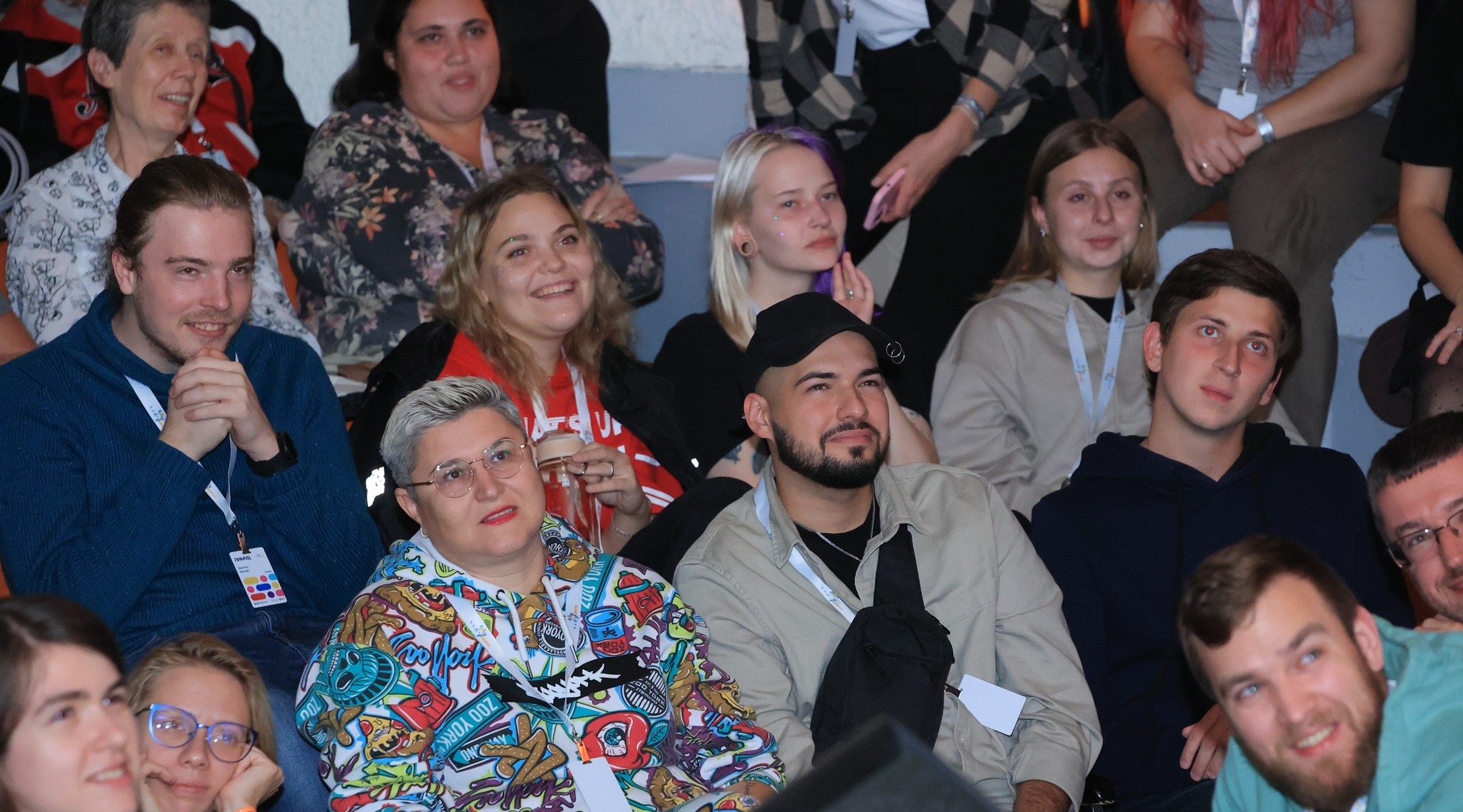 Speakers also touched on Israeli politics on the eve of what’s expected to be the swearing-in of a new right-wing government headed by former Prime Minister Benjamin Netanyahu.

Rubinstein, who served as Israel’s attorney general from 1997 to 2003, urged the new government not to weaken the country’s Supreme Court, which he called “a defender of human and civil rights” — particularly when it comes to gender issues, issues of religion and state and equity between Jews and Arabs.

“The ability to petition decisions straight to the Supreme Court has made it a strategic asset of the State of Israel, and I’m concerned about ideas to curb the court’s powers,” Rubinstein said. “I hope the politicians understand that while the court may make mistakes and be criticized, there’s a difference between criticism and undermining the court’s work.”

Shkedi, who spent several years as El Al’s CEO after leaving the Israel Air Force, stressed the importance of Jewish unity and urged for an end to political infighting.

“You can think one way and me another, but that doesn’t mean I’m the only one who’s right,” he said. “The priority for Israel now is learning how to live together. This is our biggest mission.”