‘I love every square meter of this country’: Jim Carr, Canadian Jewish MP, dies at 71 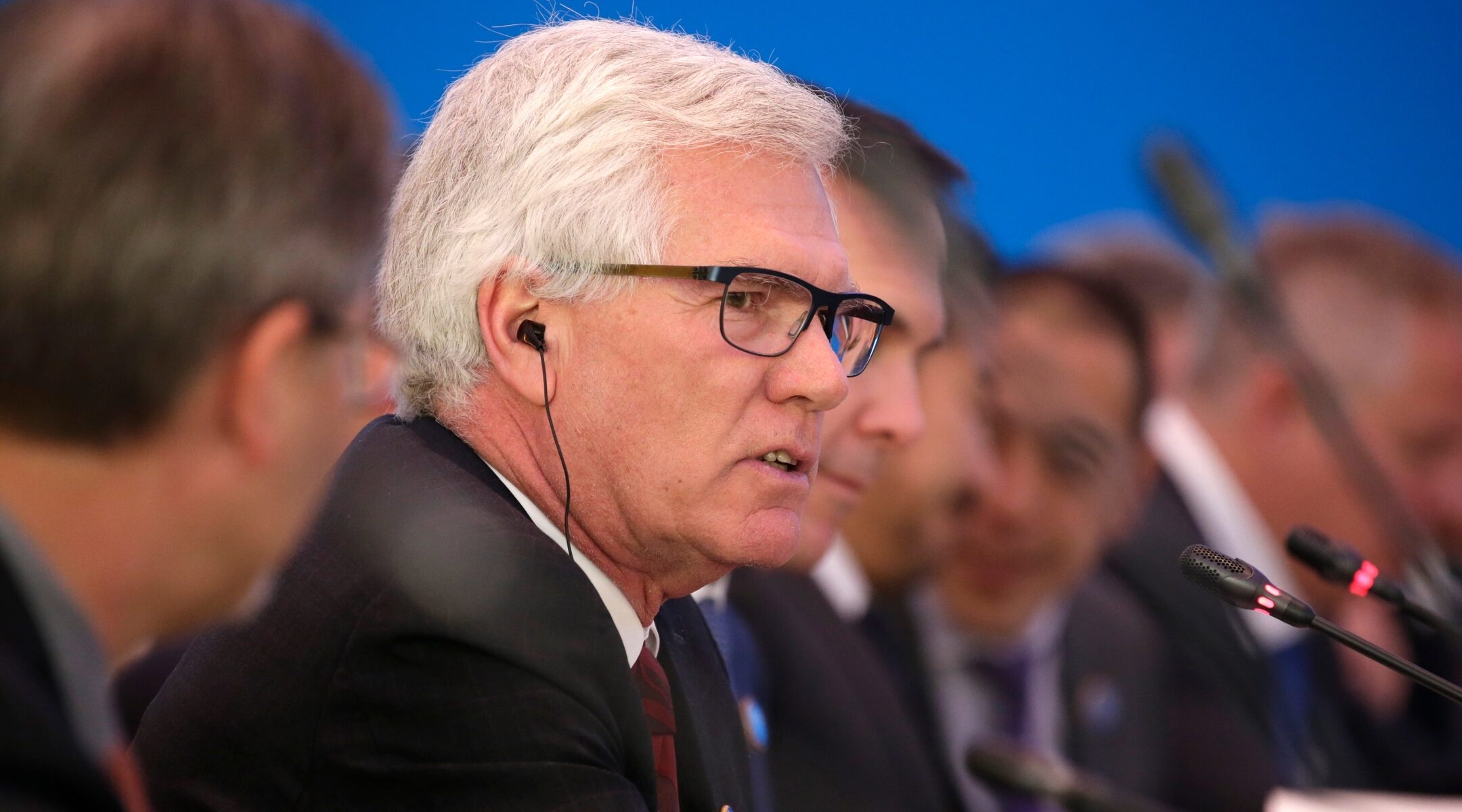 (JTA) — Jim Carr was close to death from myeloma, a blood cancer, when he gave one of his last interviews to the Canadian national broadcaster, the CBC.

The Jewish Liberal member of the Canadian parliament from Winnipeg went on air ostensibly to speak about the passage of a bill he authored promoting an environmentally friendly economy in the prairie provinces that nurtured him into adulthood.

But he made it about the country he had represented in Prime Minister Justin Trudeau’s cabinet, the country he helped market abroad as the minister of international trade diversification from 2018 to 2019.

“Physically not great,” he said when a reporter asked him how he was doing, “but emotionally really, really solid and grateful for the chance to continue to contribute to my country. I love every square meter of this country in English, en Francais, in Indigenous languages — I wish I spoke more of them — in the language of the newly arrived and all that represents to Canada and Canadians.”

It was an identity he wrapped into his Jewishness. “I can’t separate my values and political views from my identity as a Canadian and as a member of the Jewish community,” he told the Canadian Jewish News when he was first elected to the federal parliament in 2015.

Carr died at 71 on Dec. 12, days after Canadian lawmakers passed his bill, Building a Green Prairie Economy. Members of parliament of all parties praised him as a moderate who sought to bring rivals together to better his country.

Carr had been able to speak on the floor of parliament the day the bill passed. In his remarks, he strayed from the topic at hand to praise the Canadian traditions of moderation and cooperation, frayed in recent years by increased polarization.

“The wisdom of inviting witnesses to add thoughtful commentary and an opposition that has been respectful though occasionally dissenting are what a democracy is all about, and it is always rooted in strengthening the national fabric, woven as it is from those mini threads that make Canada the envy of the world,” he said.

“With resources, natural and human, comes responsibility to each other and to the world itself. How could we not be humbled by the greatness of this magnificent country?”

Trudeau teared up in a scheduled end-of-year interview with the Canadian Press, a wire service, when asked about Carr’s death. Carr’s contributions to his Cabinet, in which Carr served in various roles from 2015 to 2021, were imbued “with such a passionate thoughtfulness about the country and how all the parts needed to fit together in order for us to be what we wanted to be.”

Carr was born the descendant of Russian Jewish immigrants in Winnipeg’s closely-knit Jewish community. He said his Jewish upbringing, and the antisemitism he encountered as a teenager, helped shape him and informed his leading efforts to bring Canadian Jews and Muslims together. He was a member of the Jewish-Muslim caucus in the Liberal Party and founded Arab-Jewish Dialogue of Winnipeg.

As trade diversification minister, he led a mission to Israel in 2018. “I’m delighted as (a) Jewish member of Parliament and as a Jewish member of the cabinet to be here representing Canada,” the Canadian Jewish News quoted Carr as saying on that trip.

Carr served in the Manitoba legislature from 1988 to 1992 and as executive director of a number of groups, including the Business Council of Manitoba, and was well-regarded in the province. Trudeau recruited him to run for office as part of his successful strategy to regain power for the Liberals in 2015.

Despite his extensive career in politics, Carr always harbored an affection for one of his first jobs, oboist in the Winnipeg Symphony Orchestra.

Marc Garneau, a Liberal colleague in parliament from Quebec and a former astronaut, posted his “best remembrance” of Carr on Twitter.

“He asked me if I took music in Space and I mentioned [Alessandro] Marcello’s Oboe concerto,” Garneau said. “He then told me he played the oboe and we cooked up the idea for him to play the 2nd movement at Liberal national caucus.