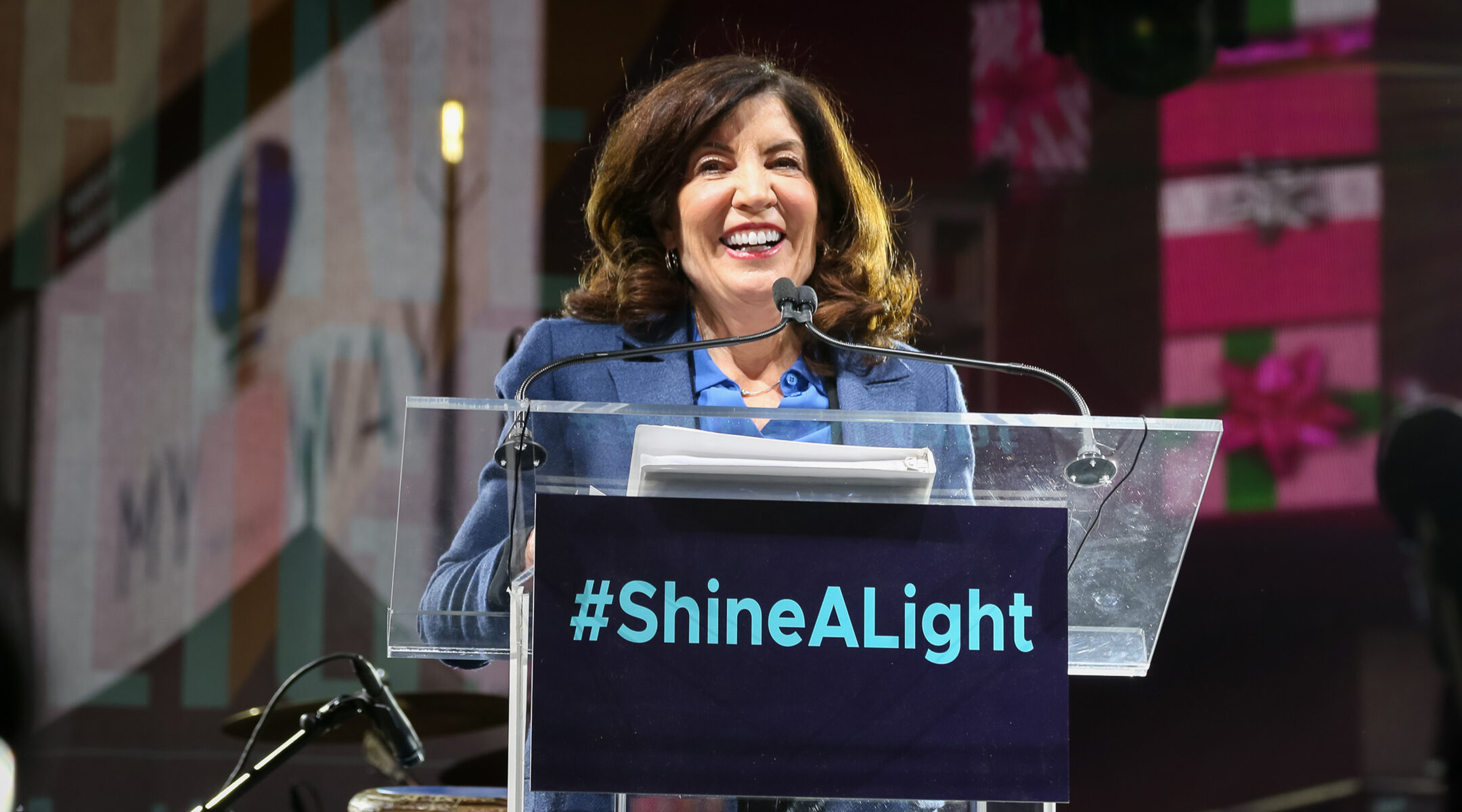 (New York Jewish Week) — Thousands of New Yorkers gathered in Times Square on Monday night to watch as performers, social media stars and elected officials celebrated the second night of Hanukkah while bringing awareness to the growing frequency of antisemitism.

Sharing the outdoor stage with a Hanukkah menorah and multiple elected officials, James called antisemitism “a malignant cancer” that must be wiped out.

Hochul, who said she has always supported the Jewish community, denounced “antisemitism in all of its forms.” The governor just introduced multiple initiatives to combat hate in New York, including a new unit in her office, stronger education programs and millions of dollars in security funding for synagogues.

As we light the @JCRCNY Menorah in Times Square, we send a clear message to the world that we are proud to stand with our Jewish neighbors!

New York wouldn’t be what it is today without our Jewish community. We’ll always support Jewish New Yorkers & stand up to antisemitism. pic.twitter.com/jeVhLVIFV5

Elias, who had a video go viral after someone threw a beer can at her while she was performing in a comedy club, spoke about how the incident ultimately felt antisemitic.

“What I was talking about was being Jewish and growing up in Kentucky,” Elias said. “But because antisemitism doesn’t always look the way it used to, it took a long time for me to connect the dots when it first happened.”

UJA-Federation CEO Eric Goldstein told the New York Jewish Week that putting on an event like this in a public place is important in order to show that Jews are standing up to antisemitism.

He added that “a really important piece of this is to live [a] proudly public, happy Jewish life.”

“Crisis shouldn’t define us,” said Goldstein, who also spoke at the event. “The goal here is not to simply have solemn speeches, but to celebrate Hanukkah. This is a time to get together in celebration.” 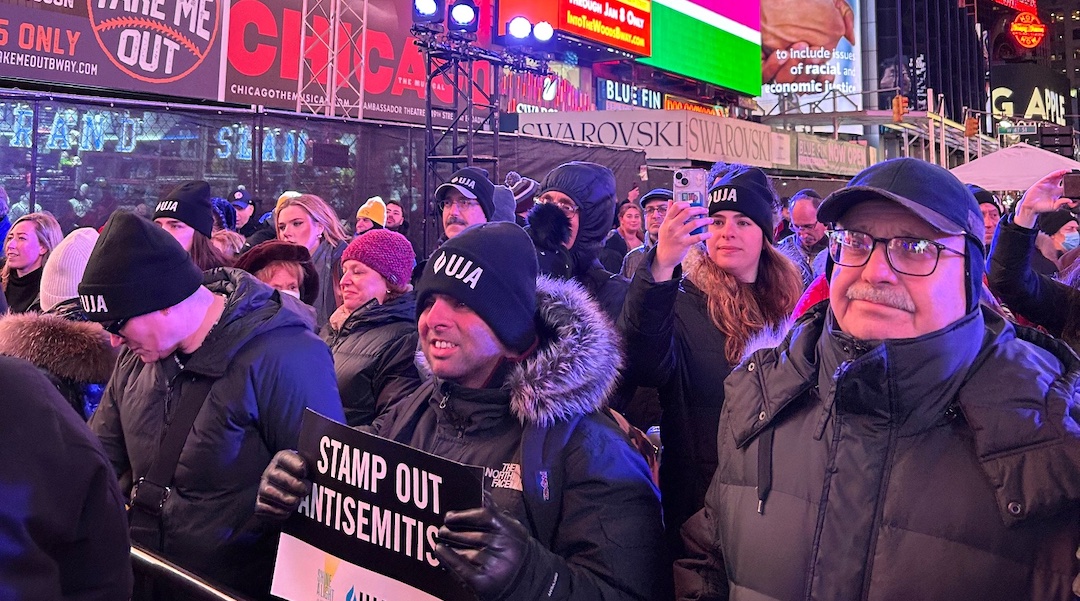 The event, called “Shine a Light on Antisemitism,” was co-hosted by a range of Jewish groups. (Photo courtesy Jewish Community Relations Council of New York)

“Shine a Light” is an initiative of more than 80 North American Jewish and non-Jewish organizations, calling itself  “a platform for organizations, companies, individuals and institutions to unite in shining a light on antisemitism in all its modern forms.”

The New York Police Department reported that antisemitic attacks in the city in November 2022 were up by 125% when compared to the same month last year.

A report from the Anti-Defamation League counted 2,717 antisemitic incidents across the country in 2021  — a 34% increase from the previous year, and the highest since it began tracking in 1979.