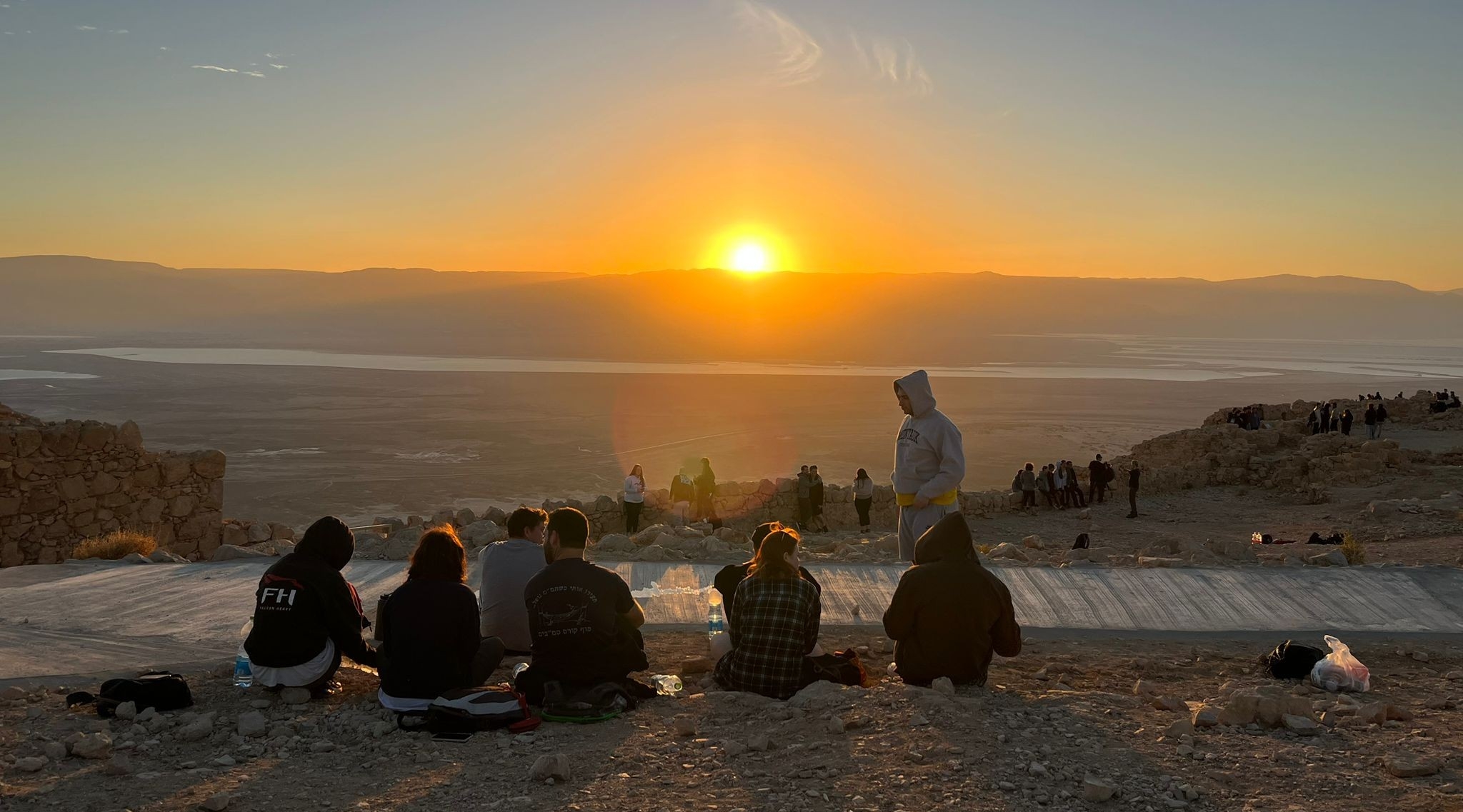 Hikes and outdoor experiences are an integral part of the therapeutic programming at Free Spirit, a unique in-residence therapy program based in northern Israel. (Courtesy of Free Spirit)
Advertisement

KIBBUTZ HAZOREA, Israel — Throughout high school, B. rarely did his homework, struggled to complete school assignments and used marijuana on a daily basis.

Frustrated with his situation, B., 18, decided in early September to leave his U.S. home and enroll in Free Spirit Experience — an in-residence therapy program in Israel’s Carmel Mountains. Three months on, it has ended up changing his approach to life.

“I went there to work on my studies, but I ended up figuring out who I was independent of my parents and learning how to prioritize,” said B., whose full name is being withheld to preserve his privacy. “Just being able to separate myself from my family was really important.”

The program at Free Spirit caters to Jews from the Diaspora in their teens and early 20s struggling with emotional, social or family issues including anxiety, social isolation or depression. Some lack motivation or the executive function skills necessary to succeed in college.

What they have in common is a need for a different kind of help, and they’ve all turned to the program at Kibbutz Hazorea — not far from Haifa — that takes advantage of Israel’s unique location, environment and culture.

“Nobody else is doing what we’re doing,” said educator Tzahi Billet, who ran a boarding school for delinquent Israeli teens near Akko before founding Free Spirit with psychologist Dr. Tamir Rotman. “There are yeshivot for Orthodox kids, and they have the Torah, but they don’t have therapy, and they usually don’t work through deeper issues. For us, the fact that we’re Israelis is very important. The participants here realize we’re very straightforward with what we have to say.”

Some of the teens who come to Free Spirit are experiencing personal or interpersonal challenges, such as isolation or low self-image. Others are in emotional turmoil or crises of various kinds, including relationship issues, failure to launch and other mental health challenges.

Billet and Rotman founded Free Spirit in 2015 to meet the urgent needs of youth from abroad in crisis or serious emotional turmoil. The organization’s programs — which include gap-year offerings, summer sessions and rolling admissions for youth in crisis — combine treatment and emotional and social coaching with outdoor education and therapy. The goal is to instill in Jewish youths greater stability, self-regulation, confidence, sense of purpose, self-reliance and independence.

The location, in the bucolic Jezreel Valley on a kibbutz founded in 1936 by German immigrants, is meant to be an ideal setting to help young people from any kind of Jewish background tackle the underlying conditions that lead to anxiety, depression, anti-social behavior and other issues troubling so many teenagers today.

The organization’s mission is “to bring people from all over the world for a meaningful empowering experience based on a challenge by choice.”

“For a lot of these kids, this is the first time they’re being seen by mental health professionals on a 24/7 basis, so we have a much better understanding of their issues,” said Rotman, the psychologist. “In the U.S., you have programs like ours that force participants to attend. Here, the kids have to want to come. We don’t accept anyone if they don’t want to be here.”

Fundamental to Free Spirit’s philosophy, said program therapist Yuval Gofer, is using social and emotional coaching to give young people the inner strength and flexibility to make their own decisions, rather than merely respond to the promise of reward or threat of punishment.

“In many other programs, you learn to live inside the system and not do things because you’ll get punished, but when you leave that place, there’s no reason to continue that specific behavior,” Gofer said. “We don’t work with punishments. We want this growth to be sustainable after they leave us.” 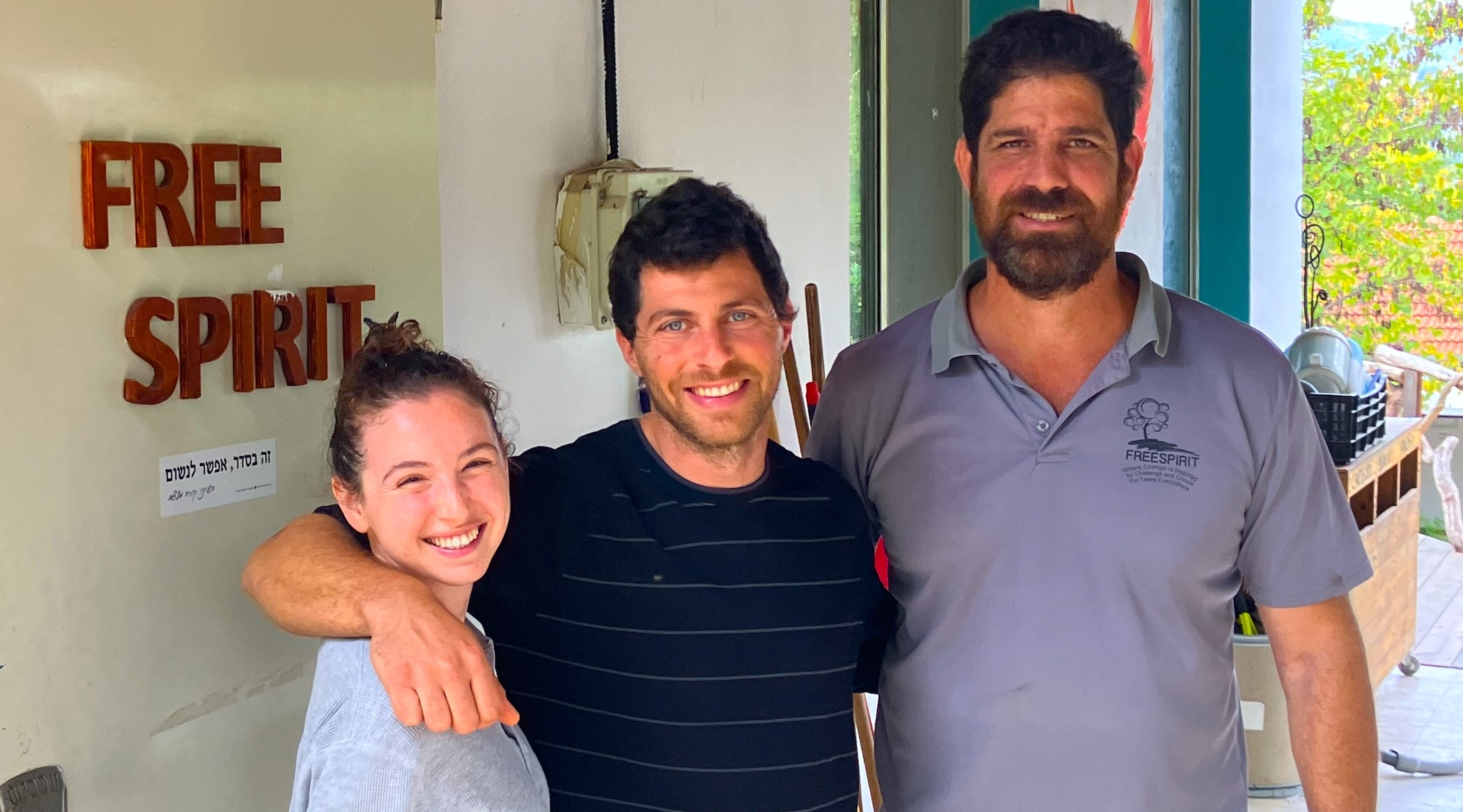 The gap-year program Free Spirit runs is tailored to Jewish youths ages 18 to 23 from overseas. Some already have struggled through a semester or more in college; others are graduating from residential programs and need help managing the transition from a structured environment into independent life. During the year, participants experience community life on the kibbutz, spend four weeks traveling in Italy, sail to Cyprus on a yacht and do a semester-long internship in Israel.

The summer program — which is designed for teens ages 14-18 who are experiencing challenges but who get by during the school year — includes kibbutz living, excursions, and therapeutic programming designed to encourage social engagement, boost self-confidence and help teens navigate the transition into adulthood.

The rolling programs for youths in crisis usually last eight to 10 weeks and are also for teens and young adults.

So far, over 150 youths have attended Free Spirit programs, about 85% from the United States and Canada and the rest from Europe. The cost is roughly $2,000 per week; partial subsidies are available to those who can’t afford the cost. Aside from tuition fees, Free Spirit is funded by an American Friends of Free Spirit organization largely supported by families of alumni.

A typical day at Free Spirit starts at 7:30 a.m. with breakfast and a group meeting to discuss the day’s plan. Participants then work on projects from building tables and decks for the kibbutz to creating their own art. After that is lunch, rest time and a variety of afternoon and evening activities like forest hikes and campfires. There are weekly field trips to points of interest throughout Israel.

Interest in the program is increasing as a consequence of what managing director Rami Bader described as the post-Covid “mental health crisis” sweeping North America.

“You name it, we see it: anxiety, depression, lack of social skills,” Bader said. “A lot of this has to do with the Internet and lack of face-to-face meetings, and Covid only made things worse.”

Some of the youths who come to Free Spirit are grappling with gender dysphoria.

“Part of the natural process of adolescence is figuring out who you are, but in recent years, things that were obvious are no longer so obvious,” Rotman said. “Your gender is not something you assume anymore.”

The unique value proposition in an Israel-based therapy program isn’t just the location and Jewish environment, but the benefits of Israel’s culture of structure and responsibility as well as in-your-face directness, according to Bader.

“We are not a rehab program, but we do accept people after they complete rehab,” he said. “Although we don’t allow drugs or alcohol, we don’t have a zero-tolerance policy, which allows us to work through some of these issues if possible.”

B. said that when he started the Free Spirit program in September, he felt he no longer needed the marijuana he had relied upon for so long. “At Free Spirit, we spent a lot of time outdoors, hiking and also sailing to Cyprus,” he said. “I was able to take time to reflect and think without a phone or other distractions.”

Now in the United States for a brief visit, B. plans to return to Free Spirit for another four months and then attend college in Washington, D.C., to study communications, economics and government.

Josh arrived at Free Spirit from London in 2015 as a troubled 16-year-old having been kicked out of two previous therapeutic programs.

“Growing up, I had a difficult childhood and I always struggled to fit in,” said Josh, whose last name is being withheld to preserve his privacy. “I had a toxic relationship with my father, with screaming matches on a daily basis.”

He spent three weeks at Free Spirit. But when he returned to England, so did all his emotional problems. Realizing he had left too soon, Josh convinced his parents to send him back to Hazorea, where he ended up staying for eight months.

Josh eventually joined the Israel Defense Forces, spending two and a half years in an elite paratroopers’ brigade — an experience he says “helped me grow into a man.” Now 23, he works at a high-tech firm in suburban Tel Aviv and visits his friends at Hazorea whenever he has time.

“Free Spirit embraces people’s personality traits. They help you find the correct path in life in a way that society will be more accepting of you,” said Josh. These days, he added, he has an “infinitely better relationship” with his father. “We’ve put the past behind us.”

This story was sponsored by and produced in collaboration with Free Spirit Experience, a unique therapy program in Israel where at-risk teens and young adults from all over the world can have meaningful communal experiences away from home. The story was produced by JTA’s native content team.