The Pope Benedict I knew: A keeper of his faith with a deep respect for Judaism 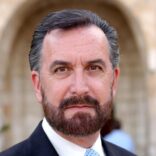 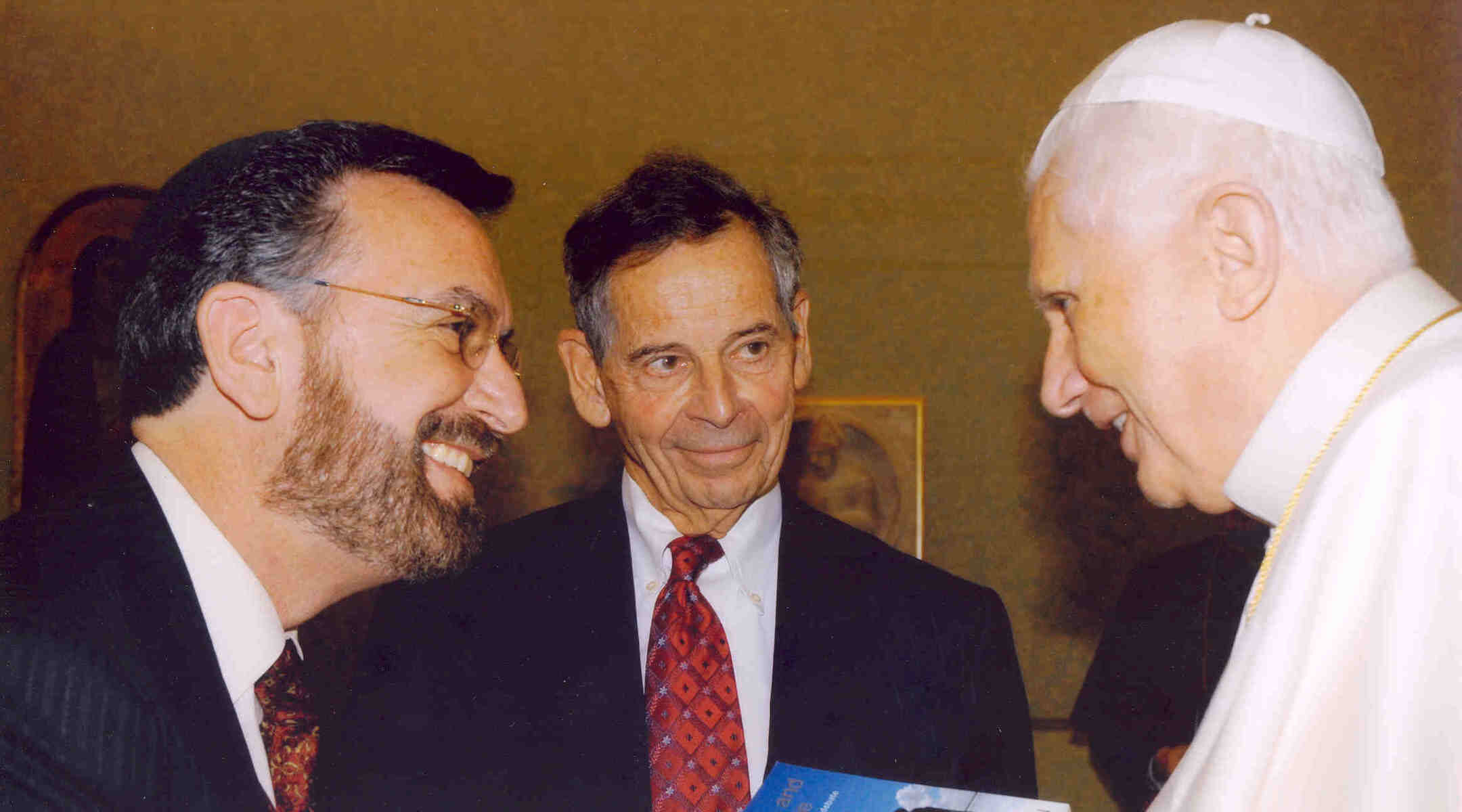 (JTA) — I was first introduced to Cardinal Joseph Ratzinger, later to become Pope Benedict XVI, in the late 1980s when he was visiting Jerusalem. Teddy Kollek, mayor of Jerusalem, was eager for me to meet with the cardinal, telling me that I would discover a very different person from the image portrayed in the general media. He was so correct.

That image was in no small part the result of Pope John Paul II having made him the head of the Vatican Office for Doctrine and Faith, to enforce orthodox Catholic teaching. In addition, the fact that Ratzinger was a shy man with a professorial background and attitude often led people to see him as aloof and even cold.

He could not have been more different. I discovered a man of warmth and humor whose company was enjoyable and stimulating. Most significant for me was the discovery of the depth of his respect for Judaism and the Jewish people, something that always impressed me in the course of more than a dozen encounters with him when he was Pope, most of which were in my capacity as the American Jewish Committee’s international director of interreligious affairs.

He always reiterated his commitment to continuing the path of his predecessor in advancing Catholic-Jewish relations, and he highlighted the unique relationship between Christianity and Judaism.

Benedict XVI, who died Dec. 31 at age 95, was the first pope to ever invite Jewish leaders both to the funeral of a pontiff, and above all, to the celebration of his own coronation at which I was privileged to be one of those present.

Already during the first year of his pontificate he received many Jewish delegations and notable individuals, including the chief rabbis of Israel and the chief rabbi of Rome. In receiving the latter, he declared, “the Catholic Church is close and is a friend to you. Yes, we love you and we cannot but love you, because of the Fathers: through them you are very dear and beloved brothers to us.”

The last time I met him personally was well after he had demonstrated his genuine and impressive humility in stepping down as pontiff and devoting himself to study and prayer. I visited him at the Mater Ecclesiae Monastery in the Vatican gardens. While he was physically weak his mind was still lucid.

We spoke in particular about the positive treatment of the Jewish scriptures in the work of the Pontifical Theological Commission that dealt with this subject, and which was published under his imprimatur. At that time, I recalled our first conversation in Jerusalem when he said to me, “your duty as a believing Jew is to be true to Torah, and everything that is holy for you must have theological meaning for us.”

I said to him, “You know there are many of us who see religious significance in the return of the Jewish people to its homeland.”

“Of course, I know,” he replied. “We must also view it as a sign of God’s fidelity to His covenant with the Jewish people that has sustained you, even if we cannot attribute to it the same theological meaning as you might.”

Cardinal Ratzinger was a member of the papal commission that ratified the Fundamental Agreement between the State of Israel and the Holy See, establishing full diplomatic relations between the two. It was my great privilege to have been part of the Israeli negotiating team that concluded that agreement.

One of Ratzinger’s closest Israeli friends, the late professor Zvi Werblovsky of Hebrew University, told me that the cardinal phoned him from Rome to express his joy and congratulations on the agreement, declaring it to be a fulfillment of Nostra Aetate, the Second Vatican Ecumenical Council declaration of 1965 that revolutionized the Church’s teaching and approach towards Jews and Judaism.

During Benedict’s papacy a couple of serious crises in Jewish-Christian relations emerged relating to the Society of Saint Pius XII and to the wider provision of the Latin Mass and its text. These crises, as much a result of church governance mismanagement as anything else, were followed by clarifications that emphasized the Vatican’s commitment to Nostra Aetate; its unqualified rejection of antisemitism as a sin against God and man, and a complete disavowal of proselytization of Jews.

Unfortunately, they still did not completely repair the damage to Benedict XVI’s papacy. Nevertheless, Benedict explicitly and sincerely strove to continue to advance the paths of his predecessor, especially regarding the relationship between the Church and the Jewish People.

In repeating his predecessor’s dramatic gestures of going to the great synagogue in Rome; of paying homage in Auschwitz to the victims of the Holocaust, and of making a pilgrimage to the Holy Land, where he paid respects to the State of Israel’s highest national civic and religious authorities, Pope Benedict institutionalized such steps, demonstrating the sincerity of Catholic-Jewish reconciliation for the Church as a whole.

Rabbi David Rosen
the former chief rabbi of Ireland, is American Jewish Committee's International Director of Interreligious Affairs.
The views and opinions expressed in this article are those of the author and do not necessarily reflect the views of JTA or its parent company, 70 Faces Media.