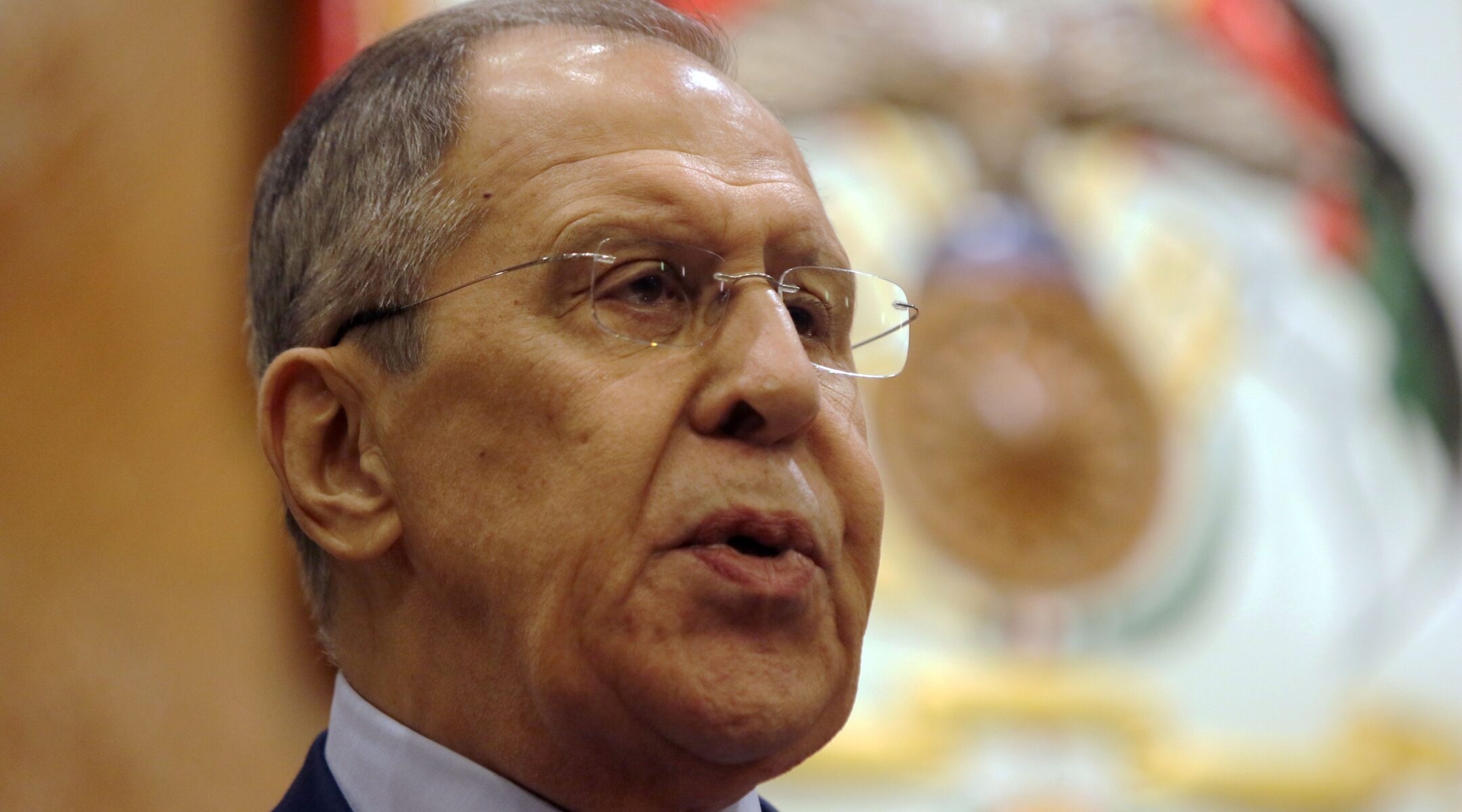 Lavrov made the comments Wednesday during an annual press conference with Russian media.

“The United States formed a coalition with almost all Europeans that are part of NATO, and also members of the European Union, and through Ukraine as a proxy, lead the war against our country, with the same exact goal: the goal of the final solution to the Russian question,” he said. “Just as Hitler wanted a ‘final solution’ to the Jewish question, now, if you read Western politicians, not only from the Baltics or Poland, but also those who are much more sane, they unequivocally say Russia must suffer a strategic defeat.”

Israel’s foreign ministry also decried the comments, according to a Times of Israel report. “Any comparison or relating current events with Hitler’s final solution plan for the extermination of the Jewish People distorts the historical truth, desecrates the memory of those who perished and the survivors and should be strongly rejected,” the ministry said, according to the report.

Lavrov drew similar criticism last year after he compared likened Ukrainian president Volodymyr Zelensky to Hitler. He said it was not wrong to accuse Zelensky, who is Jewish, of being like Hitler because, Lavrov said, citing a falsehood, Hitler had Jewish ancestors.

Naftali Bennett, then Israel’s prime minister, said after that episode that Russian President Vladimir Putin had apologized for Lavrov’s remarks, in what appeared to be a rare concession by Putin.

Lavrov’s new claim comes as Israel’s new far-right government, led by Prime Minister Benjamin Netanyahu, is seeking to pull Israel away from favoring Ukraine in the conflict. Israel has refrained from delivering military assistance to Ukraine, but the previous government led by Bennett and Yair Lapid proffered diplomatic and economic assistance to the besieged country.