3,000 People Participate in a Memorial Tribute to Judith Resnik 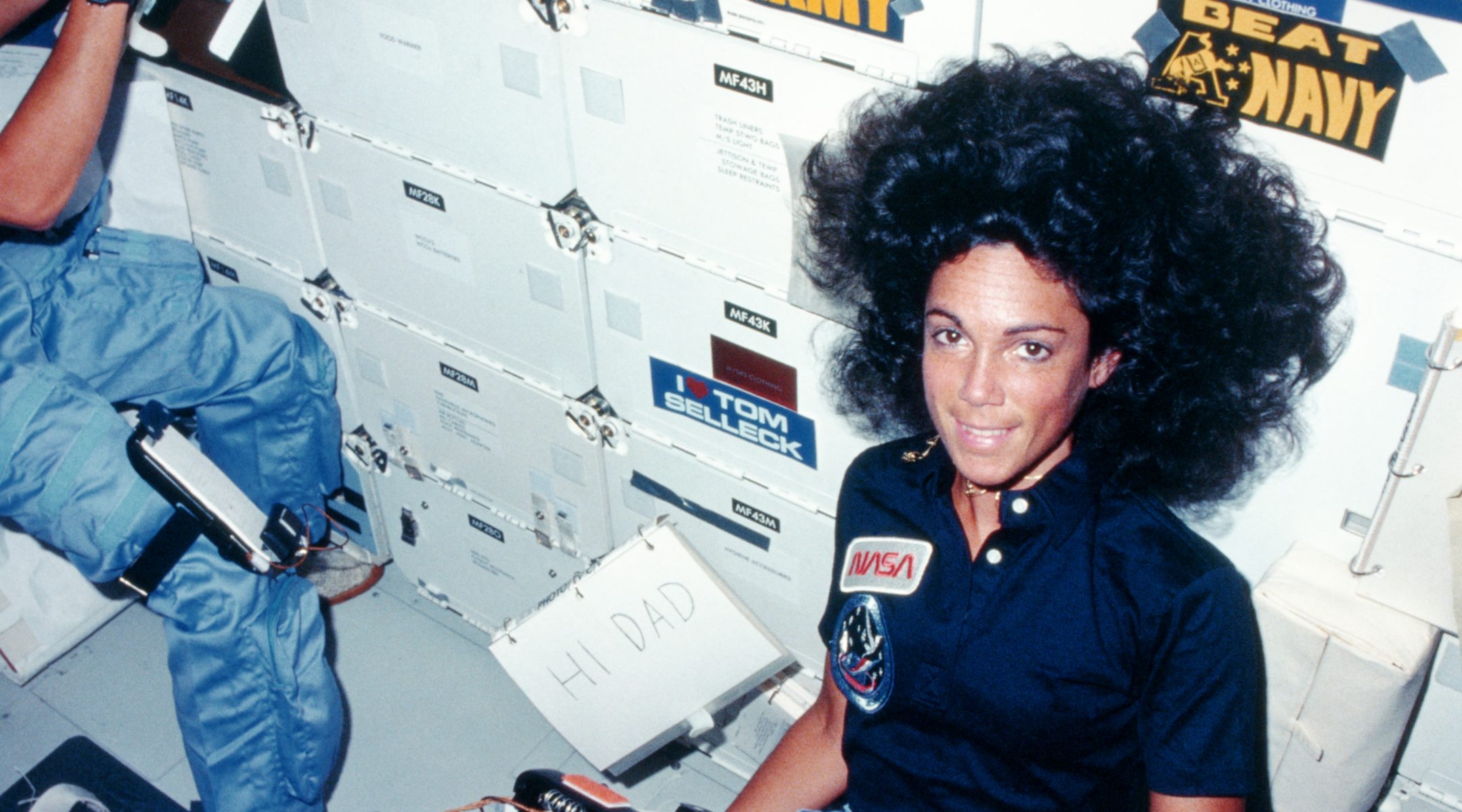 Mission specialist Judith Resnik sending a message to her father from on board the shuttle Discovery, on its maiden voyage, August 30, 1984. (NASA/Space Frontiers/Getty Images)
See Original Daily Bulletin From This Date
Advertisement

Sen. John Glenn (D. Ohio) told close to 3,000 participants in a memorial tribute Monday to Dr. Judith Resnik, the astronaut who perished with six of her colleagues in the Challenger shuttle tragedy last week, that a way to celebrate her life was to “celebrate the cause for which she gave it.” Glenn said:

“As we reflect on Judy’s life, and the Challenger’s last voyage, I hope we never forget the last words that came from that crew. Those words were: “Go with throttle up.’ Those words are fare more than a courageous epitaph. They are America’s history and they are America’s destiny. And they will turn tragedy into triumph once again.”

Crowding into the gymnasium of the school Resnik graduated with honors in 1966 were 50 alumni from her class; 20 astronauts, including Sally Ride, the first woman to go up into space; several scientist from the NASA Lewis Research Center; students from the school and others in the city; and city officials.

A PERSONAL DOOR TO GRIEF

Wayne Thompkins, president of the Class of 1966, and teachers Donald Nutter and Burton Willeford, who had known Resnik well, also paid tribute to her, as did Principal Robert Hatherill. School superintendent Conrad Off and Mayor Thomas Sawyer, who organized the meeting, also spoke in honor of Resnik. Dagmar Celeste, who represented her husband, Ohio Governor Richard Celeste, was another speaker.

Dr. Marvin Resnik, the fallen astronaut’s father, thanked the participants for caring so much. He quoted from a letter written by one of his neighbors: “As parents, there is a personal door to grief no one else can enter… But the sheer number of people who mourn with you must be a great comfort now.”

Two members of the clergy also participated in the tribute. Rabbi Abraham Feffer, spiritual leader of Temple Beth El, where Resnik was Bat Mitzvahed and confirmed, gave the invocation. Reverend Eugene Morgan, Jr., a Black minister, made the closing benediction.

At the end of the tribute, students from Firestone High School, Resnik’s alma mater, gave several musical selections. “Our students are very attentive,” Principal Hatherill told the Cleveland Jewish News after the tribute, “They were impressed with what Judy had accomplished in her life.”