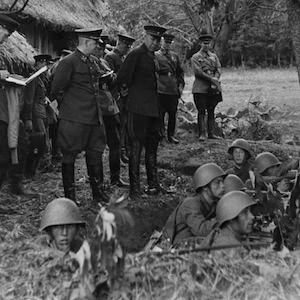 The American Israel Public Affairs Committee today urged President Nixon to “continue efforts to secure the withdrawal of Soviet military forces from the Middle East and to oppose any arrangement legitimizing their presence.” The action was taken at the AIPAC’s opening session of its two-day annual conference here and in light of Nixon’s scheduled arrival in Moscow May 22 for a conference with Soviet leaders.

Irving Kane of Cleveland, national chairman of AIPAC, thanked both President Nixon and members of both houses of Congress for their support to Israel. To the Congressmen he expressed gratitude for their resolutions urging Phantom aircraft for Israel as well as voting $300 million in military credits and $50 million in a grant for supporting economic assistance in view of Israel’s heavy defense burdens.

The Nixon administration, Kane told the approximately 300 members of the committee, has “responded vigorously in support of Israel. There is now far better understanding of America’s interest and responsibility in the Near East and we warmly commend the administration for its much firmer commitment.”

The committee also demanded that the Soviet Union “release all Jews harshly treated as political prisoners” and that “the Soviet Union grant exit permits to all who seek to join their people in Israel.” Nixon was also urged to bring up the matter of Soviet Jewry at the summit meeting in Moscow.

Regarding the situation in the Middle East, AIPAC said “The road to an Arab-Israel peace will be traveled when Arabs and Israelis travel it together” and that peace could be achieved “only through negotiations between the parties directly involved.”

Protesting “the cruel treatment of Jews living in Arab countries, especially in Syria” the committee urged the United Nations “to end these harsh and vindictive policies.” It recommended that the “small remnant of Syrian Jews should be permitted to emigrate to Israel or any other country of their choice.”

Dr. S. Pincham, the first South African Consul General in Israel, arrived today in Israel to take up his post as head of the Consulate General of South Africa which will be established in Tel Aviv.