After Revisions, Hitler Miniseries Gets Thumbs-up from Jewish Leaders 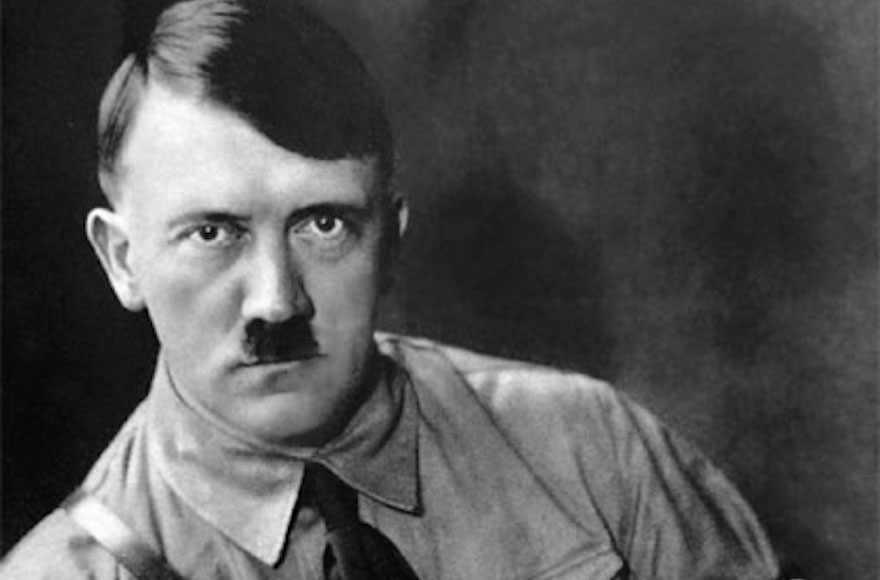 Adolf Hitler memorabilia are among the items being sold by a Berlin auction house. (Wikimedia Commons)
See Original Daily Bulletin From This Date
Advertisement

There were nights, acknowledges Leslie Moonves, president and CEO of CBS Television, “when I lay in bed, looking up at the ceiling and asking myself, ‘Is this the right thing to do? Will it open old wounds? Are we creating more anti-Semitism?’ ”

Moonves had good cause for sleepless introspection. Since announcing last July that CBS would air a four-hour, prime time miniseries on the early life of Adolf Hitler, media critics and Jewish spokesmen had had a field day.

They feared that the early Hitler would be “humanized” into a sympathetic figure as an abused child and misunderstood artist or as a German Rocky who overcame tremendous odds. Some even feared the film might trigger pogrom-like outbursts.

Moonves, who lost much of his grandparents’ family in Poland during the Holocaust, even took flak from his own relatives.

Now, with “Hitler: The Rise of Evil” broadcasting May 18 and May 20 during the ratings sweeps period, the CBS chief is breathing easier.

After previewing tapes of the film, a half-dozen Holocaust scholars and prominent rabbis generally have given it their approval.

Some of the turnaround can be credited to an entirely new script and complete revision of the original project, starting with the metamorphosis of the title from”Young Hitler” to “Hitler: The Early Years,” “Hitler,” “Hitler: The Origin of Evil” and finally to the present title.

The earlier critical volleys, and advice from Jewish leaders consulted by the producers, apparently gave a substantial push to the revisions.

In its final form, the film briefly touches on young Hitler’s brutal and domineering father, his troubled adolescence, his rootless existence in Vienna as a failed artist and his enthusiastic soldiering in World War

But the vast bulk of the film deals with Hitler’s career from a Munich beer-hall orator in 1920, through his political machinations within the Nazi party and against the Weimar Republic, ending in 1934 with the consolidation of state power in his hands.

An epilogue summarizes, in stark statistics and pictures, the utter devastation Hitler wrought on Europe and the Jewish people.

“I think any fears in the Jewish community that the film would glorify Hitler have been allayed,” noted Holocaust scholar Michael Berenbaum said. “It successfully narrates Hitler’s rise to power and shows clearly how those who tried to manipulate him were instead manipulated by him.

“Historians may have some trouble with interpretation, as they always do, and with some composite figures, but in general the film deals well with a part of Hitler’s life that people need to know,” said Berenbaum, director of the Sigi Ziering Institute for the Study of Ethics and the Holocaust at the University of Judaism in Los Angeles.

“It delivers a very powerful message, especially to young people, about how many times Hitler could have been stopped in the early years, how potent evil is and how fragile democracy is,” he said.

Rabbi Marvin Hier, founder and dean of the Simon Wiesenthal Center, praised the film and acknowledged that his earlier fears about the project had been unjustified. However, he said he would have liked to have seen a more substantial Jewish character in the series, and strongly urged a sequel that would take the Hitler story to its end in 1945.

“There are now youngsters who know nothing about World War II and the Holocaust, who didn’t see ‘Schindler’s List,’ and who need to know,” Hier said.

All the experts cited gave much of the credit for the film’s effectiveness to Scottish actor Robert Carlyle, whose portrayal of Hitler is “frighteningly brilliant,” Foxman said.

One dissenting view came from philosophy professor John Roth, director of the newly formed Center for the Study of the Holocaust, Genocide and Human Rights at Claremont McKenna College in California.

While acknowledging the complexity of the subject and the overall usefulness of the film, Roth felt that Hitler comes across as “too histrionic and crazed and insufficiently nuanced and ambiguous” — perhaps so that viewers won’t develop any sympathy for him.

The danger in such a portrayal is that “it plays into the stereotype of Hitler as a crazy man and that viewers will say, ‘I now understand who he was.’ It might be better to live with some ambiguity and to admit that we don’t really understand Hitler.”

One of the aspects of Hitler that the film does not explain — that, indeed, may be beyond explanation — is what triggered his murderous hatred of Jews.

Theories abound — a brighter Jewish classmate in school, a Jewish doctor who performed a mastectomy on Hitler’s beloved mother, the poisonous anti-Semitism of Vienna or simply the oratorical success of his anti-Jewish tirades — but a definitive answer may never be found.

During the broadcast, there will be a number of public service announcements on tolerance with guidance from the Anti-Defamation League. CBS has said it will make donations to one or more Holocaust education funds.

Moonves said that solicitation of advertisers was proceeding normally.

A comprehensive study guide for high school teachers and students has been developed as a companion piece to the film.

Plans also call for the film to be sold across the world, “certainly in Europe and Israel,” said Sussman. It also will be available on video and DVD.

As for all the controversy, Moonves remains unfazed.

“All of that should help the ratings,” he said. “I think the public will be curious.”