As Family and Officials Grieve, Ilan Ramon Memorialized in Israel 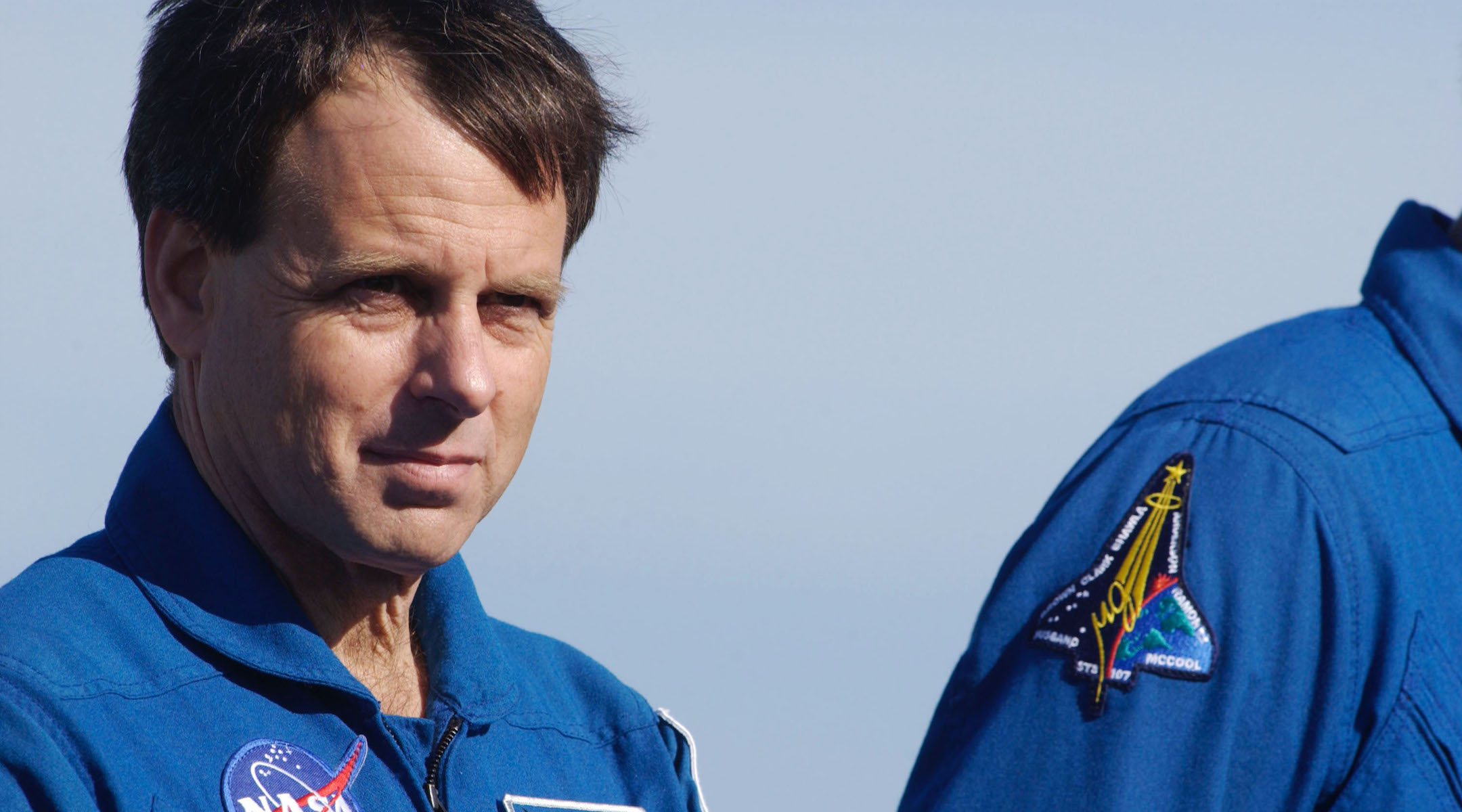 In a short but moving ceremony, Israel’s leaders gathered this week at Lod Air Force base near here to pay their last respects to Israel’s first astronaut, Ilan Ramon, a man who has come to symbolize Israel at its best.

Security was tight Monday as the Shin Bet security services guarded the safety of the upper echelons of the Israeli political and military establishments, past and present, who arrived to hear Ramon eulogized.

The memorial for a man whose death colored almost every newscast early last week was broadcast live on all three of Israel’s networks, and on most of its radio stations. In his speech, Prime Minister Ariel Sharon put Israel’s fascination with Ramon’s life and death succinctly: “His image, projected from above, was the reflection of Israel at its best — Israel as we would have liked to see it — the Israel we love.”

“Ilan, the son of a mother who survived the Holocaust, and a father who is a veteran of the War of Independence, was a courageous combat pilot and an outstanding officer, and was among the best of our sons and warriors,” said Sharon.

Ramon was killed along with the six other members of the Columbia crew Feb. 1 when the shuttle shattered as it re- entered the atmosphere.

News of Secretary of State Colin Powell’s U.N. Security Council speech and the looming threat of an Iraqi chemical and biological attack have blanketed Israel since last Wednesday and wiped the shuttle crash from the headlines for a few days.

But this week, almost 10 days after the arresting images of the shuttle catastrophe shook Israelis from the quiet of their Shabbat naps, wrenching images of Ramon and his suffering family again flooded the media.

President Moshe Katsav added that had Ramon not fulfilled his duty so perfectly in bombing the Iraqi nuclear reactor in 1981 — long before he reached the status of national icon — Israel and indeed the world might have been a far worse place.

“He knew how to unify the nation,” continued Katsav, noting in a quavering voice Ramon’s reciting of the Shema as the shuttle passed over Jerusalem, his decision to take along a miniature Torah scroll saved during the Holocaust and his proud bearing of the Israeli Air Force badge.

The pain the family endured would not be forgotten, Sharon said.

Neither would the fate of Ramon’s six crew mates.

Throughout the ceremony the American-Israeli bond was oft-reiterated. “The Star of David, the ‘blue and white’ of our flag, were interwoven with the American Stars and Stripes, and the common fate of the team poignantly strengthened the staunch partnership between our nations,” Sharon said.

Among the recipients of that sentiment were 15 NASA representatives who had escorted Ramon’s body back to Israel.

In addition to the NASA representatives, dignitaries and soldiers at the ceremony were a few Israeli high school students from Haifa who had designed an experiment that Ramon carried aboard the shuttle. They had traveled to Florida for Columbia’s Jan. 16 launch.

Sharon, like the others who eulogized Ramon, including Defense Minister Shaul Mofaz and Air Force Commander Maj. Gen. Dan Halutz, insisted that Israel’s participation in space was far from over.

Ramon’s wife, Rona, sat stoically in the front row beside her children, each draped in a NASA bomber jacket. When a man who had served under Ramon played, on his saxophone, the melody of a love poem Rona sent her husband aboard the Columbia, she winced but did not weep.

Ramon’s four children looked haggard and stunned. A wide-eyed Noa, 5, stared out from her mother’s arms at the dignitaries around her, apparently already used to the sight of dozens of security guards from previous memorial ceremonies.

The family broke down when a chorus of young children began singing a mournful version of “Watch Over the World Child.” Rona, arms folded across her chest, gazed down and away. Her eldest son, Assaf, gathered younger brother Tal under his arm.

The family arrived just a few hours before the ceremony. But the seemingly endless chain of memorial services they have attended was slated to end Tuesday when Ramon is buried near the grave site of Israeli commander Moshe Dayan in the northern moshav of Nahalal. Rona Ramon has asked that a plot be reserved for her beside her husband.

The ceremony at Lod lasted barely 45 minutes. An honor guard of eight Air Force colonels bore Ramon’s casket to a waiting truck that flew the body to Ramat David Air Force Base near Nahalal.

The final speakers during the ceremony were Assaf and Rona Ramon. Patched on the right shoulder of 14-year-old Assaf’s NASA bomber jacket was the Israeli flag, on the left the insignia of the doomed STS 107. Rona and Assaf walked slowly to the podium, making a wide arc around the coffin.

They read aloud a letter written to them by Ramon’s crew mate and friend Dave Brown on the second-to-last day of the flight.

“The most moving moment of the flight came when Ilan read a letter he brought from a Holocaust survivor who talks about his 7-year-old daughter who did not survive,” Assaf read in English as Rona Ramon translated into Hebrew.

The letter continued: “How could such a beautiful planet survive? It is such a beautiful thing. It makes me want to enjoy every bit of the earth for how great it is,” read the impassive mother and son, as if they did not really believe what they were saying.