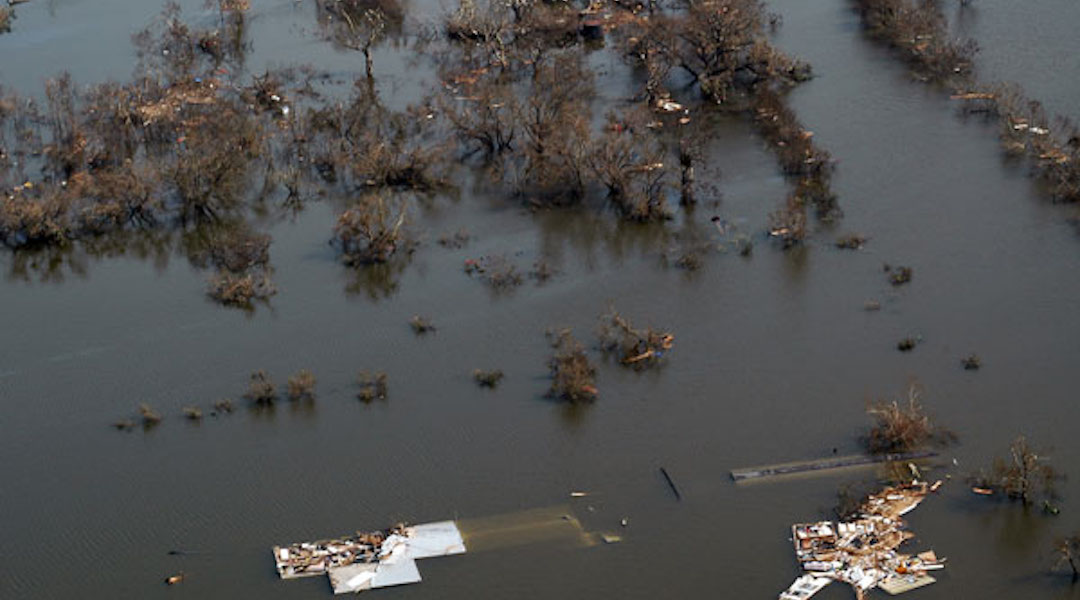 Adam Bronstone barely slept last night. After evacuating New Orleans and heading west to Houston on Saturday to avoid Hurricane Katrina, he had a lot on his mind.

“You’re worried about where it’s going to hit,” said Bronstone, director of communications for the Jewish Federation of Greater New Orleans. “You’re worried about the place you live in; the place you work; the synagogue I go to, which is near the lake; the federation office, which is on a beautiful campus that’s only three years old and is also near the lake. I worry about where I’m going to be next week.”

Bronstone is among the 10,000-12,000 Jews from New Orleans and its environs who are believed to have fled the city to stay out of harm’s way. He has taken up residence with a friend who works at Houston’s Israeli Consulate.

Other consulate employees have taken in other refugees from the hurricane, he said.

Katrina slammed cities and towns along the Gulf Coast on Monday, hitting portions of Louisiana and Mississippi with racing winds and an engulfing downpour. In New Orleans, levees overflowed and pumps failed, leaving part of the city under four to five feet of water.

The storm — reportedly among the most powerful to hit the United States — tore off a large section of the roof of the Louisiana Superdome, the football stadium where some 10,000 people who didn’t evacuate the city had taken shelter.

According to an Associated Press report, neighborhoods along part of Lake Pontchartrain were flooded, forcing residents onto their roofs.

It was too early to assess damage to Jewish sites in the area. Among sites of Jewish interest is New Orleans’ Touro Synagogue, which bills itself as the oldest Jewish house of worship in America outside of the original 13 colonies.

Jewish organizations in the region and beyond pitched in to help out those touched by Katrina.

A Jewish camp in Mississippi was opened to New Orleans residents fleeing the storm. Nearly 150 evacuees, including some disabled adults, took shelter at the Reform movement’s Henry S. Jacobs Camp in Utica.

Among them was Rabbi Yossi Nemes. Nemes had received a panicked phone call from a visiting Jewish family that had been evicted from their hotel, which was shuttering up against the storm, a Chabad spokesman told JTA.

The family couldn’t make it to the Superdome quickly enough to miss the storm and was concerned for its safety. Nemes decided to stay in his own home and take in the visitors.

Nemes could not be reached by telephone. Thirteen people are now staying on the top floor of his home, where water is running through the roof. The first floors have been flooded and toxic water is coursing through the taps, the Chabad spokesman said.

The United Jewish Communities, the umbrella organization of North American Jewish federations, established an emergency mailbox to accept donations to aid both the Jewish and general communities affected by the storm. UJC also is encouraging federations and affiliated communities to open independent mailboxes to raise money.

“The Jewish community has always been at the forefront of responding to human and natural disasters, and is playing a major role in alleviating such devastation,” said Carol Smokler, chair of the UJC Emergency Committee. “Hurricane Katrina is taking a human, emotional and property toll of historic proportions. UJC and the Jewish federations of North America will, as always, respond rapidly to ease the challenges and suffering of our Jewish brethren and their neighbors.”

Barry Swartz, UJC senior vice president, said the organization has a system in place to offer expertise to local communities in need.

“As soon as we knew it was heading toward the Gulf, we were in touch with the members of the federated communities and the network of independent communities,” he said. “We gave them advice in terms of preparation. We’ve been doing this for years, so they’re used to it and we’re used to it.”

“A natural disaster of this magnitude will certainly create huge need,” said Joel Kaplan, B’nai B’rith’s international president. “B’nai B’rith’s disaster relief fund will help us provide assistance as we have done in the case of natural and man-made disasters for nearly 140 years.”

The Union for Reform Judaism also opened a disaster relief fund. As soon as damages are assessed, the group said, it will decide which organizations are best equipped to aid victims, and will make donations to these groups.

While many New Orleans Jews headed west to Houston — which under normal circumstances is a five- to six-hour drive but, because of traffic, took some people more than 10 hours — others landed in Birmingham, Ala.; Nashville; Atlanta; Austin, Texas; Florida and elsewhere.

Some of those who ended up in Houston were expected to attend a special prayer service Monday evening at a local synagogue.

Bronstone’s New Orleans-based cell phone service was going in and out, he said, which made it tough to get work done. But the CEO of Houston’s federation, Lee Wunsch, has allowed Bronstone and the New Orleans federation’s executive director to use his organization’s facilities.

“I wanted to be able to go in and get some work done and feel useful,” Bronstone said. “This is the story of ‘kol Yisrael areivim zeh b’zeh,’ ” an expression that means that Jews look after one another. “In times of need, Jews always help each other. This is one of those times.”

Wunsch said welcoming other federation employees was a “no brainer.”

“We’re glad to help out,” he said. “Houston’s not new to hurricanes and there’s another Jewish community close by that needs our assistance, and we’re glad to do whatever we can to help.”

At the North Louisiana Jewish Federation in Shreveport, in the northwest corner of Louisiana about 60 miles south of Arkansas, there haven’t been many appeals from Jews in need.

Area hotels are booked solid, said Howard Ross, the federation’s executive director, but no requests for shelter or synagogues have come in. In fact, Ross said, the only hurricane-related request they received was from a Jewish man looking for love.

The note “came over the Web, through our feedback,” Ross said. “A message saying, ‘I’m in Shreveport; I was forced out of New Orleans. I’m a single, 57-year-old man and I was wondering if there are any singles events.’ ”

Contributions through B’nai B’rith should be made payable to the B’nai B’rith Disaster Relief Fund and sent to: B’nai B’rith International, 2020 K Street, N.W., Seventh Floor, Washington, D.C., 20006; or online by going to www.bnaibrith.org and clicking on the link for disaster relief.

Contribution through the UJC can be made online at www.ujc.org or by mail at United Jewish Communities, P.O. Box 30, Old Chelsea Station, N.Y., 10113, attention: Hurricane Katrina. Mark the memo section of checks with “Katrina.”

Contributions through the Union for Reform Judaism can be made at www.urj.org/give. Information on the Disaster Relief Fund can be found at www.urj.org/relief.