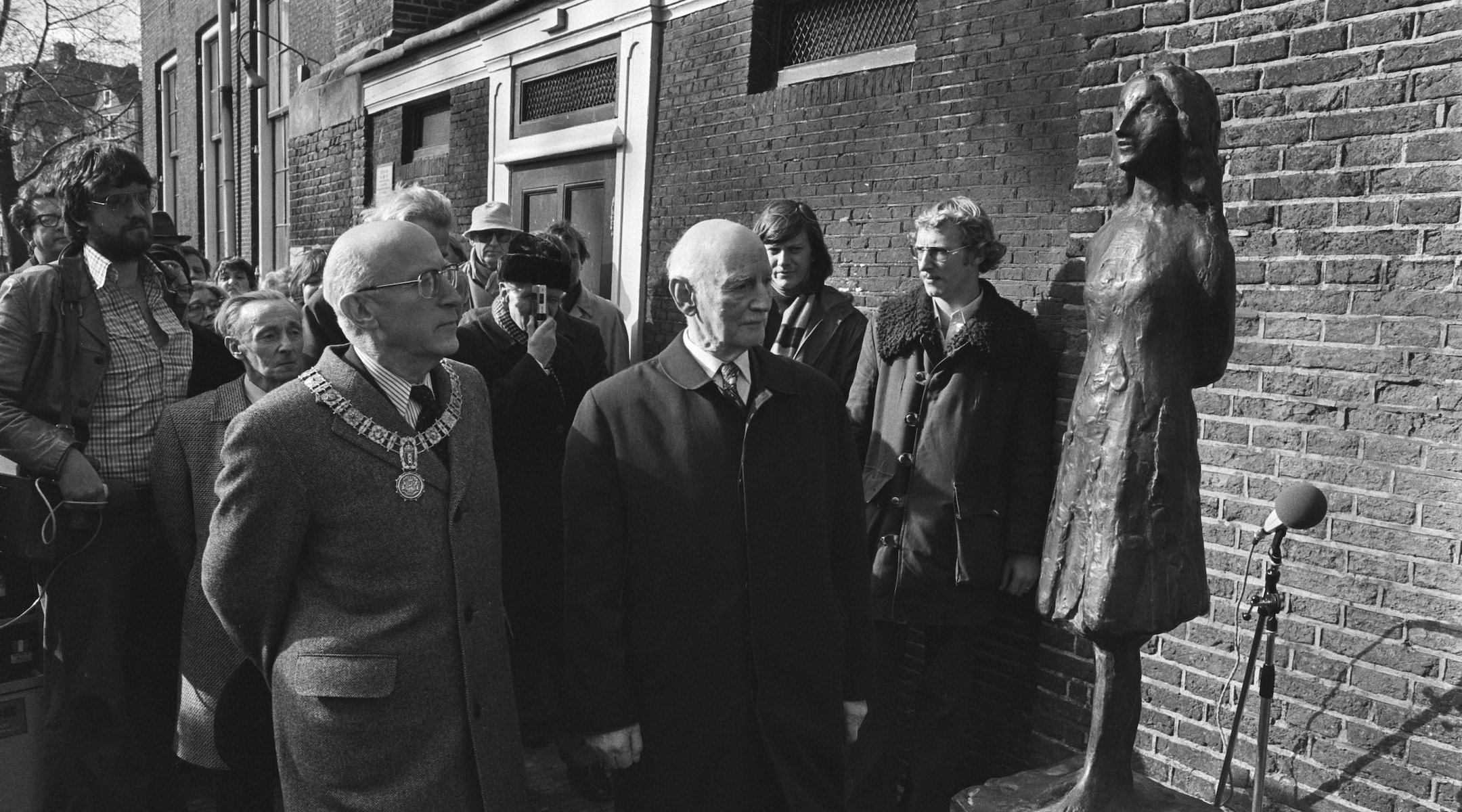 Otto Frank, center, at the unveiling of an Anne Frank statue in Amsterdam, 1977. (Wikimedia Commons)
See Original Daily Bulletin From This Date
Advertisement

Two survivors of the Auschwitz death camp, who have written widely on the Nazi holocaust have sharply criticized Anne Frank’s father for barring the Israeli Soldiers’ Theater from performing a drama based on his daughter’s world-famous diary, published posthumously.

Otto Frank, who has been waging a 14-year war against novelist Meyer Levin’s stage version of the diary, banned the performance by the Israeli soldiers because they used Levin’s script. The criticism was voiced by Elie Wiesel, now an American, and A. Katzetnick, now an Israeli.

Wiesel wrote to Levin that “I fail to understand the behavior of Anne’s father. That he should speak of rights, agreements and court trials is beyond me. Your play is what it should be — an outcry.” The soldiers’ troupe performed the Levin version for two months and it received excellent notices.