Behind the Headlines: Redistricting Could Diminish Size of Jewish Representation in House 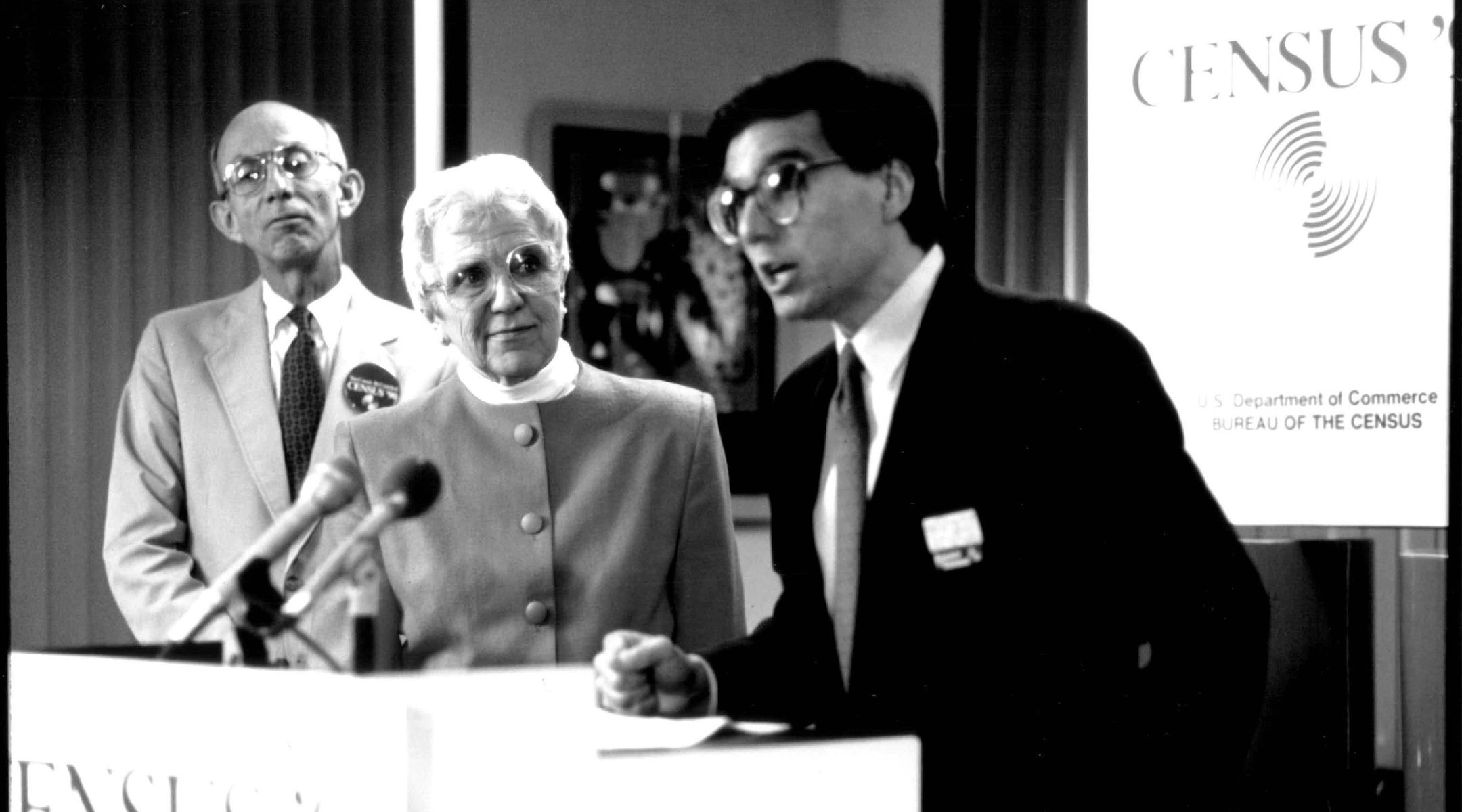 Pro-Israel members of Congress could be among those adversely affected when states redraw congressional districts to reflect the 1990 census.

The census is taken once a decade to meet the constitutional requirement that states be represented in Congress in close relation to their percentage of the national population.

The 1990 census of 249,632,692, unveiled last December, would have 19 seats in the House of Representative change states, many of which would move from the Northeast and Midwest to the South and Southwest.

The December figures require seven new House districts in California, four in Florida, three in Texas, and one each in Arizona, Georgia, North Carolina, Virginia and Washington.

To create those districts, the census mandates cuts of three districts from New York; two each from Illinois, Michigan, Ohio and Pennsylvania; and one each from Iowa, Kansas, Kentucky, Louisiana, Massachusetts, Montana, New Jersey and West Virginia.

The Census Bureau plans to issue revised figures by July 15. If Commerce Secretary Robert Mosbacher accepts proposed changes, California and Arizona would each gain another seat, Wisconsin would lose one and Pennsylvania would lose one more.

Even in states retaining the same number of House seats, districts must be redrawn in a way that equally distributes the state’s population.

Democrats and Republicans generally try to redraw the districts in such a way as to help members of their party get elected. This practice, known as gerrymandering, is often devious, but in most cases legal.

Jewish activists hoping to see pro-Israel members of Congress get re-elected tend to be advocates of “sweetheart gerrymandering,” in which districts are redrawn to best ensure that incumbents will be returned to office.

The one illegal form of gerrymandering is “racial gerrymandering,” which was outlawed by the Voting Rights Act of 1965. A 1982 amendment that strengthened the act is expected to disproportionately hurt the 33 Jewish incumbents this redistricting cycle.

That is because many Jewish incumbents in the House represent districts that either have or border on large pockets of minority voters.

The amendment changed the criteria for proving in court that a state’s remapping of House seats constituted racial gerrymandering. Previously, plaintiffs had to prove that a state had the “intent” of diluting the clout of a minority voting bloc; now they only need to prove such a dilution is the result of the remapping.

This configuration was chosen by Democratic-controlled legislatures in both states. The aim was to enhance the Democratic base in as many districts as possible, since minorities overwhelmingly vote for Democrats.

The 1982 amendment makes natural allies out of minorities, eager to increase their representation in Congress, and Republicans, eager to create “super-Democratic” districts that dilute Democratic strength in surrounding districts.

The Jewish House member whose district appears especially vulnerable at becoming absorbed into a district heavily populated by minorities is the one held by Rep. Sander Levin (D-Mich.).

Another Jewish incumbent, Rep. Martin Frost (D-Texas), could be pitted against Rep. John Bryant (D-Texas) to create a Hispanic-majority district in Dallas.

A third, Rep. Mel Levine (D-Calif.), is looking closely at a run for the Senate, in part because he is severely short white voters in his Los Angeles district. Levine could be pitted against another Jewish Democrat, Rep. Anthony Beilenson, in order to create a Hispanic-majority district in Los Angeles.

Another Jewish member of the House, Rep. John Miller (R-Wash.), may run for the Senate against Democratic incumbent Brock Adams, if his House district is shifted to include heavily Democratic voters in Seattle.

In New York, population attrition will likely eliminate a Jewish incumbent, by pitting one against another. The most-mentioned names are Reps. Eliot Engel and Nita Lowey, both two-term Democrats, and two more senior congressmen: Republican Bill Green and Democrat Ted Weiss.

In New Jersey, freshman Rep. Richard Zimmer, a Republican, is vulnerable to having his seat combined with a neighboring one.

An option for the pro-Israel community less interested in protecting Jewish incumbents than in increasing overall support for Israel would be to support a carving of their districts in ways that bolster the Jewish population in several districts.

In Michigan, the Jews in Levin’s district could be parceled out among neighboring Reps. John Dingell, William Ford and William Broom field.

David Gad-Harf, executive director of the Jewish Community Council of Metropolitan Detroit, said it would be “almost disloyal” to Levin to assess whether the Jewish community could be better served by dissolving his district.

More adamant opposition to elimination of a Jewish member’s seat came from Robert Asher, former chairman of the American Israel Public Affairs Committee, who is trying to preserve the Illinois seat held for 42 years by Democratic Rep. Sidney Yates.

Yates’ district is 30 percent Jewish, with relatively few Jews in neighboring districts. It is regarded as one of the House’s foremost gerrymandered seats for Jewish candidates.

“It’s important to preserve the district as a Jewish district” because otherwise, Illinois would “lose the one Jewish congressman that it has,” Asher said.

Asher said the Jewish community nationwide has not been turning enough attention to redistricting. It is “the crucial issue,” he said, because it is “the matrix over which everything is laid. This determines who will be in office and who will not.”