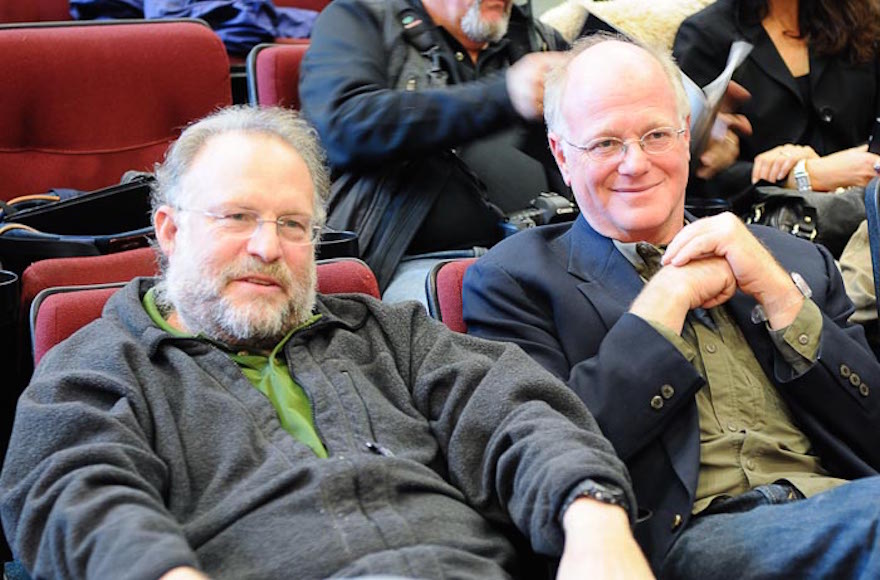 The conflict in the Middle East has given Ben & Jerry’s several chilly licks recently.

Under a hail of protest from anti-settler groups, the ice cream manufacturer’s Israeli franchise canceled a contract last month to purchase water from Mei Eden, a mineral water company based in the Golan Heights, to make sorbet.

But some Jewish organizations consider the move to break the contract — and endorse calls for boycotting certain Israeli products — a slap in the face of the peace process.

The president of the Zionist Organization of America, Morton Klein, said Jewish entrepreneurs Ben Cohen and Jerry Greenfield have sent a message to all Jewish businesses to boycott Israel.

Criticism of Mei Eden began in September 1997, after an Israeli group, Gush Shalom, urged consumers to boycott goods produced in Israeli settlements in the West Bank and Gaza Strip, and in the Golan. The group published a list of Israeli companies, including Mei Eden, that operate in those areas.

Israel captured the Golan Heights from Syria in the 1967 Six-Day War — and annexed the territory in 1981 a move that is not recognized by the international community.

Perry Odak, the chief executive officer of Ben & Jerry’s, was inundated with letters and e-mails criticizing the company after the Mei Eden contract was revealed in Israeli newspapers in June.

New Yorkers for a Just Middle East, a loose interfaith coalition, was one of the first groups to contact Ben & Jerry’s, urging Odak in an Aug. 13 letter to “terminate any existing contracts” with the mineral water company.

“Should an agreement indeed exist between Ben & Jerry’s and Eden Springs, and should you continue this agreement, we will consider calling for a boycott of Ben & Jerry’s products,” the group wrote.

Nathan Krystall, a 33-year-old Jewish founder of the coalition, said members are concerned that none of the profits from businesses like Mei Eden are reaching the Arab population in the Golan.

In an Aug. 24 letter to Odak, the American-Arab Anti-Discrimination Committee’s president, Hala Maksoud, said it was appalling that a company that “has prided itself” on promoting humanitarian and environmental issues is “essentially legitimizing Israeli violation of international law and illegal occupation of Arab land.”

Maksoud threatened to recommend a boycott of Ben & Jerry’s products if it did not end the water contract.

Jewish organizations are protesting the decision.

Abraham Foxman, national director of the Anti-Defamation League, said succumbing to boycotts only strengthens them.

Although Ben & Jerry’s “may have been well-intended and are supporters of the peace process, this is a very serious matter. It shows peace is not around the corner,” he said.

Foxman wrote in a Sept. 25 letter to Ben & Jerry’s that the European Union is considering excluding Israeli products manufactured in disputed territories from preferential trade benefits. He added that Arab organizations and countries are urging boycotts of Israeli goods.

“Unfortunately,” Foxman wrote, “Ben & Jerry’s has given the appearance of acquiescing to this campaign against Israeli products.”

The ZOA’s Klein also wrote a letter to Odak, cautioning that Ben & Jerry’s should be careful about “delving into historical areas with which it is obviously unfamiliar.”

Bram Kleppner, the international products manager for Ben & Jerry’s, said on an Israeli radio show that Ben & Jerry’s decided to “upset less people rather than more.” He added that many countries “have occupied the Golan over the past 3,000 years, so who are we to decide who is right?”