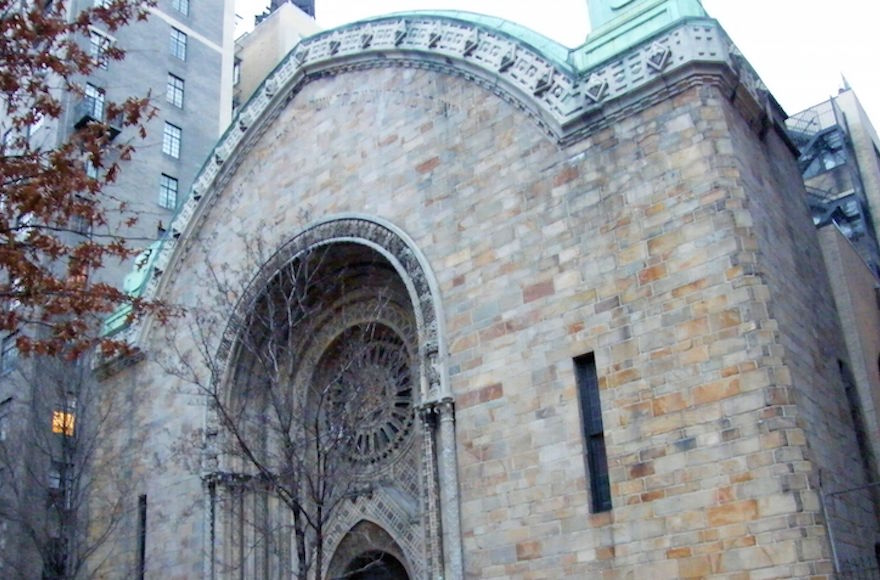 Mrs Dora L. Morrison, wife of Isidore A. Morrison and Mrs. Louis Schlecter were elected members of the Board of Trustees of Congregation B’nai Jeshurun, West 88th Street, New York. The election of women to the Board of the Conservative Congregation was made possible by an amendment to the by-laws introduced to enable the election of Mrs. Morrison. Following the adoption of the amendment, Mrs. Schlecter, who is president of the Sisterhood, was also elected. This is the first time that women hare been elected to the board of a Conservative congregation.

B’nai. Jeshurun is the second oldest congregation in New York. Dr. Israel Goldstein is the Rabbi.

The Congregation B’nai Jeshurun celebrated the corner-stone laying of its new Community House on 89th Street, between Broadway and West End Avenue, yesterday afternoon. The principal addresses were delivered by Dr. Stephen S. Wise and by Bishop Manning. Other addresses were delivered by Dr. Israel Goldstein, Charles W. Ended, President, and Sol M. Stroke, Honorary Secretary. The invocation was delivered by Dr. Barnett A. Elzas, President of the New York. Board of Jewish Ministers and the Benediction by Rabbi Max Drob, President of the Rabbinical Assembly of America.

The new Community House, which will be built at a cost of $750,000 including the cost of the land, occupies seventy-eight feet on 89th Street, between Broadway and West End Avenue, directly in the rear of the temple. The Community House will provide quarters for all the social and educational activities of the Congregation, including fourteen classrooms, an auditorium with a capacity of 500, a banquet hall, a Chapel, executive offices, a Rabbi’s office and a study work room and meeting room for the Sisterhood, a roof garden Such and a billiard room and bowling alley.