Among Haifa’s Arabs and Jews, Winter Holidays Occasion for Unity 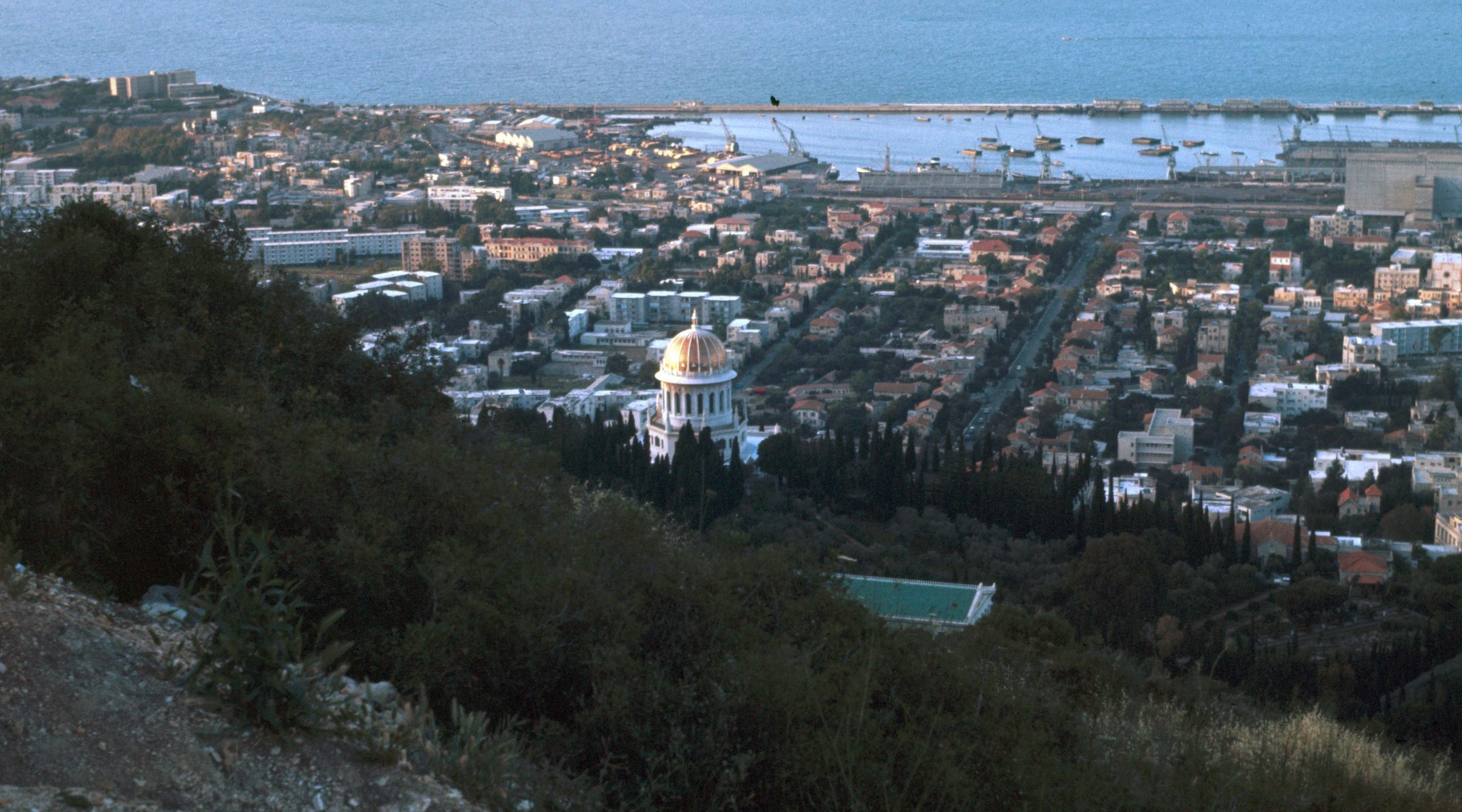 A view of the Bay of Haifa, circa 1930. (Universal History Archive/Universal Images Group via Getty Images)
See Original Daily Bulletin From This Date
Advertisement

Thousands of Jews and Arabs fill the winding stone alleyways of a Haifa neighborhood sampling latkes, roasted chestnuts and pastries dripping in honey at a coexistence festival to mark the holidays of Chanukah, Christmas and Ramadan.

Walking a path lined with poems by Arab and Jewish poets, celebrants take in sculptures strung over archways and perched on street corners, colorful murals painted on walls and photographs based on this year’s theme, Utopia.

“It’s all about the longing for something better,” says Hana Kofler, curator of the festival’s exhibition, which featured some 100 Israeli artists. “Everyone wants a better future, both Jews and Arabs.”

Now in its 10th year, The Festival of Festivals provides a rare occasion of unity for Arabs and Jews, who have grown increasingly wary of each other during the three years of intifada.

Residents of Wadi Nisnas, the majority-Arab working-class neighborhood that hosts the festival, say Israel and others around the world can learn a lot from their community and from the city of Haifa, a mixed Arab-Jewish city.

Locals here are proud of a long tradition of Jews and Arabs working and living together in peace.

“We have always gotten along here, and to see all these people from around the country coming here is fun,” says Hassan Zatut, a mechanic who lives in Wadi Nisnas.

As he speaks, a steady stream of people walk up the hill outside his family home, which is crowded with merchants selling toys and crafts.

“We are proud of what we have — this is the way it should be,” he says.

Dan Chamizer, a Jewish artist and member of the Beit Ha’Gafen Arab-Jewish Center, which organizes the event, says, “It’s an amazing sight to see so many Jews coming to an Arab neighborhood when most Jews in the country are terrified to go anywhere Arab.”

“This is the only spot in the Middle East — maybe in the world — where Arabs and Jews not only live together, but like each other, work together, make art together.”

In honor of this year’s theme, Chamizer designed a giant pair of rose-colored glasses made from iron and swirled pink-and-white glass.

Painted yellow footprints on the pavement lead visitors throughout the neighborhood where artwork from festivals of previous years mixes with new installations.

One artist posted a traffic light called “The Messiah.” When the light turns green, the words “He is coming” light up; when it turns red, “He is not coming” appears.

The mix of the whimsical and the serious characterize the collection of art that fills Wadi Nisnas and expands every year. Because of the festival, tourists come visit year-round.

On Saturday, church bells tolled and children in Santa Claus hats rung bells and sang Christmas carols in Arabic under a canopy of gold tinsel.

During the week of Chanukah, children’s plays are performed.

To mark the recent end of the Ramadan fast, the public was invited to join in the feasts and celebrations known as Eid al-Fitr.

Festival organizers say the winter festivals of the three faiths is the ideal opportunity to throw a party.

Each year the festival grows, and nowadays tens of thousands of people come for each of the five consecutive weekends of celebration. Dance productions, concerts, and plays are part of the festival, which also includes coexistence workshops.

The streets are lined with locals selling grilled meats, Middle Eastern salads and cotton candy. The smell of cardamon wafts overhead as strong cups of steaming Arabic coffee are poured into cups.

“It’s nice to see the folklore and traditions of both Jews and Arabs,” says Michael Kandero, an Israeli Jewish factory worker from Afula who brings his family to the festival. “To connect with Arabs close up is something we have missed out on in the last few years.”