Deli Turns Back Its Prices to Mark 50 Years of Chopped Liver, Pastrami 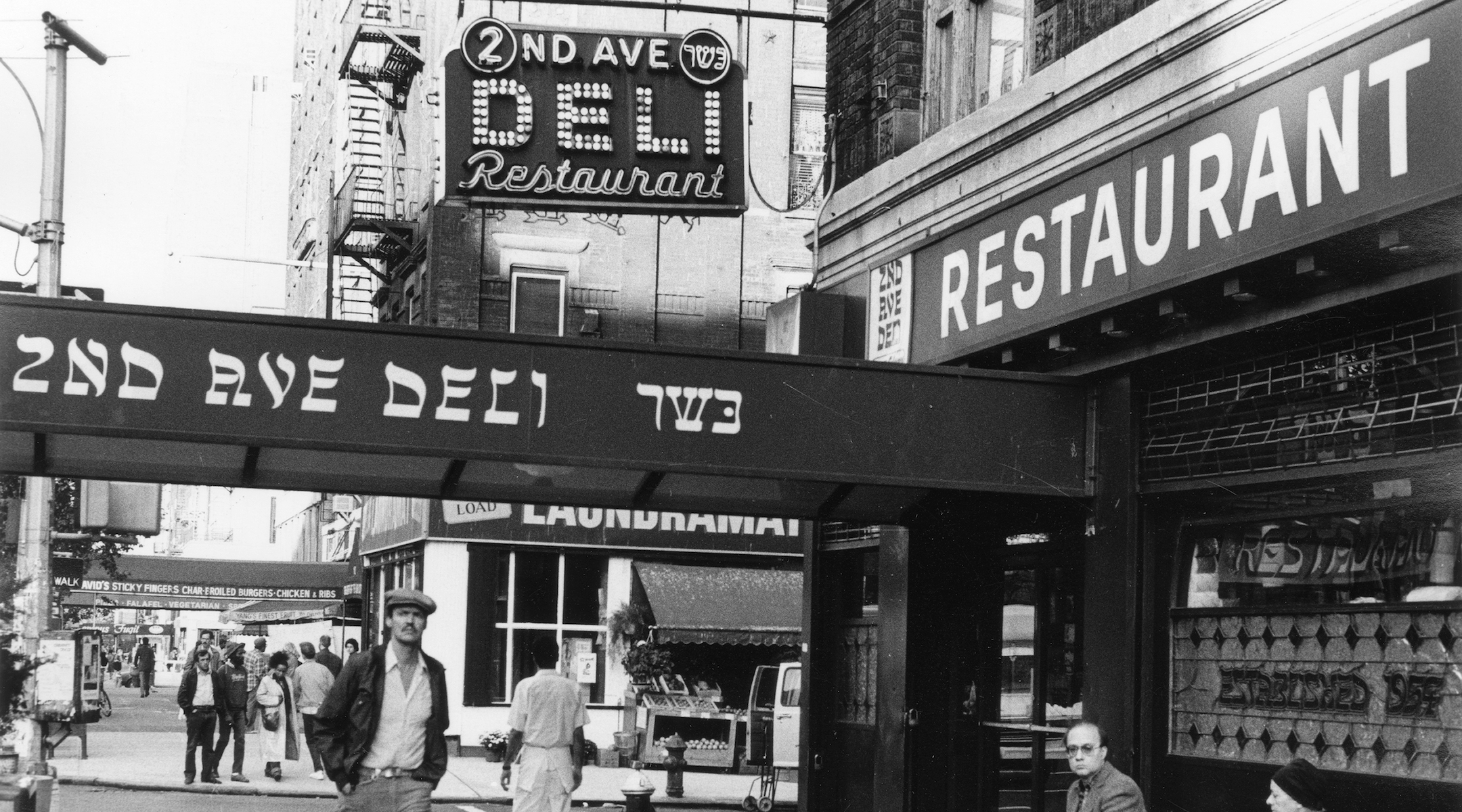 Over the years, the scenery outside the 2nd Avenue Deli has changed: Neighbors have left and the surrounding buildings have grown taller.

The deli itself has expanded, and its prices have gone steadily up over the years.

But time seemed to have been turned back on Monday when the New York City institution, celebrating 50 years of business, served lunch at its 1950s prices as a hungry crowd lined up down the block and around the corner.

It was a throwback to another era: Sandwiches cost 50 cents, potato knishes went for a dime and a bowl of matzo ball soup cost all of 40 cents.

At one table, the bill for four strangers who met in line added up to $4. That included Stu Richel’s “splurge” for a soda, which cost 5 cents.

But it wasn’t just the prices that had patrons lining up in the East Village: Since it opened in March 1954, the 2nd Avenue Deli has attracted both tourists and locals for whom the traditional Jewish menu has become a favorite.

“Nothing has changed,” beaming owner Jack Lebewohl said, presiding over teeming crowds jostling to get inside and waiters hurriedly delivering steaming soups and sandwiches.

Steve Gluck, 51, a deli patron for about 20 years, said the food only has gotten better with time.

“I don’t eat here often because it’s too fatty, it’s loaded with cholesterol,” he said. But he showed up Monday, he said, because he likes the “flavor” of the place.

Inside, the tiled floors and photos of celebrity patrons give the restaurant a heimishe feel.

But it was the food that caused some to wax poetic.

“The pastrami was divine; the matzo balls were heavenly,” said Rachel, an actor who lives nearby.

“We’re not a nouveau restaurant,” said Steve Cohen, who has been the deli’s general manager for 22 years. “We’re a place where you come in and people are glad to see you.”

Started by Abe Lebewohl in 1954, the restaurant has been owned and operated by Jack since his brother died eight years ago.

For the patrons celebrating a neighborhood favorite on Monday, the restaurant epitomizes an American and a New York dream.

“Abe came as an immigrant,” Cohen said. “It’s a celebration of what you can do when you come to New York and to America.”

Outside, a banner thanked New Yorkers for 50 years of patronage.

The restaurant’s success can be attributed partly to a menu that has barely changed over the decades, decor that is a tribute to the past and staff — most of whom have risen in the ranks from counter boys to wait staff to managers — who have been loyal to the deli for decades.

“We try to create an atmosphere where people don’t feel like they’re in a restaurant, but at home,” Lebewohl said.

Given the throngs of Jews and non-Jews waiting outside, that figure seem possible.

Andrea Fox seemed irritated by the three-hour wait but played the good sport, saying it was a “New York tradition to wait in line.”

One patron came prepared with a collapsible chair for the long wait, and others eyed it enviously.

Patrons came from near and far for the occasion: Rose Marie Higgins, 75, and her daughter Janet, 46, trekked to the East Village from suburban New Rochelle to celebrate a restaurant where they eat almost every month.

Even Mayor Michael Bloomberg stopped by, as did representatives for Gov. George Pataki, who was stuck in budget meetings in Albany, Lebewohl said.

Monday was the first visit to the famous deli for Avigail Hurvitz-Prinz of Portland, Ore.

Stuck in line midway between 9th and 10th Streets, she said she had been waiting for too long already but had “nothing better to do” than stand outside on a sunny day.

Alice Heideman and Ruth Rosenbluth said they had a soft spot for the deli’s chopped liver and for the restaurant where they have shared many memories during a 40-year friendship. The women, both in their 70s, said they had been eating at the 2nd Avenue Deli for 48 years.

Between mouthfuls, Heideman cocked her head coquettishly for a picture, saying she wanted her grandchildren to know they had a sharp grandma.

“We love this place,” she said.