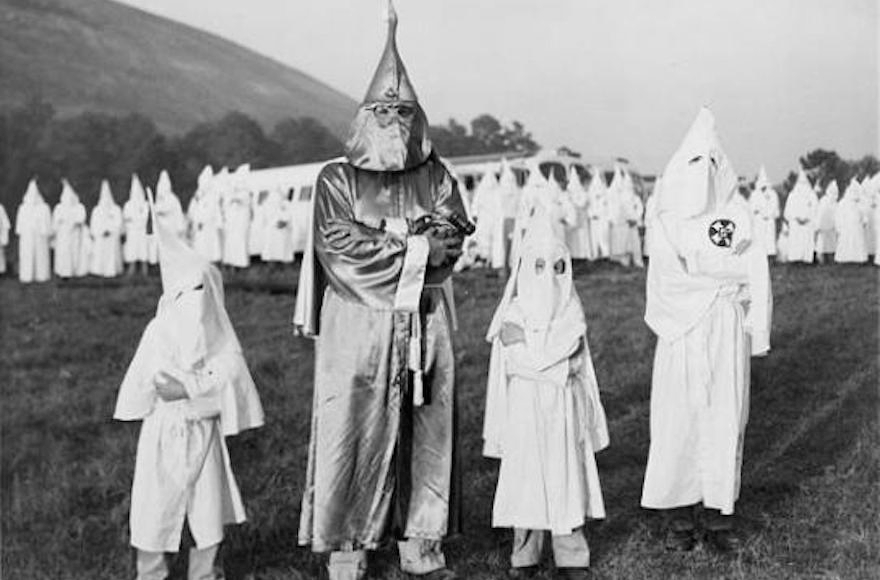 In the contest between William G. McAdoo and Alfred E. Smith for the Democratic nomination for the Presidency, the Ku Klux Klan was the most significant issue. Heated discussion took place on the subject both in the Resolutions Committee and in the General sessions of the convention.

On Saturday, the following majority resolution was bought in, by the Resolutions Committee, reaffirming the adherence of the Democratic Party to the principle of religious freedom:

“The Democratic Party reaffirms its adherence and devotion to those cardinal principles contained in the Constitution and the precepts upon which our Government is founded, that Congress shall make no laws respecting the establishment of religion or prohibiting the free exercise thereof, or abridging the freedom of speech or of the press, or the right of the people peaceably to assemble and to petition the Government for a redress of grievances, that the Church and the State shall be and remain separate, and that no religious test shall ever be required as a qualification to any office of public trust under the United States.

“These principles we pledge ourselves ever to defend and maintain.

“We insist at all times upon obedience to the orderly processes of the law and deplore and condemn any effort to arouse religious or racial dissension.”

The anti-Klan faction was, however, dissatisfied with this resolution and a minority addition was brought in by the Committee, reading as follows:

“We pledge the Democratic Party to oppose any effort on the part of the Ku Klux Klan or any organization to interfere with the religious liberty or political freedom of any citizen, or to limit the civic rights of any citizen or body of citizens because of religion, birthplace or racial origin.

William Jennings Bryan led the opposition to the adoption of the minority resolution, which was defeated by a majority of one in favor of the majority resolution. In his long speech, he declared, among other things, the following:

“The Catholic Church, with its Legacy of martyred blood and with all the testimony of its missionaries who went into every line, does not need a great party to protect it from a million men. The Jews do not need this resolution. They have Moses. They have Elijah. They have Elisha, who was able to draw back the curtain and show upon the mountain tops an invisible host greater than a thousand Ku Klux Klans. And the Catholic Church, as well as the Jewish faith, has its great characters today who plead for respect for them, and whose pleading is not in vain. It is not necessary, and, my friends, the Ku Klux Klan does not deserve the advertisement that you give them.”