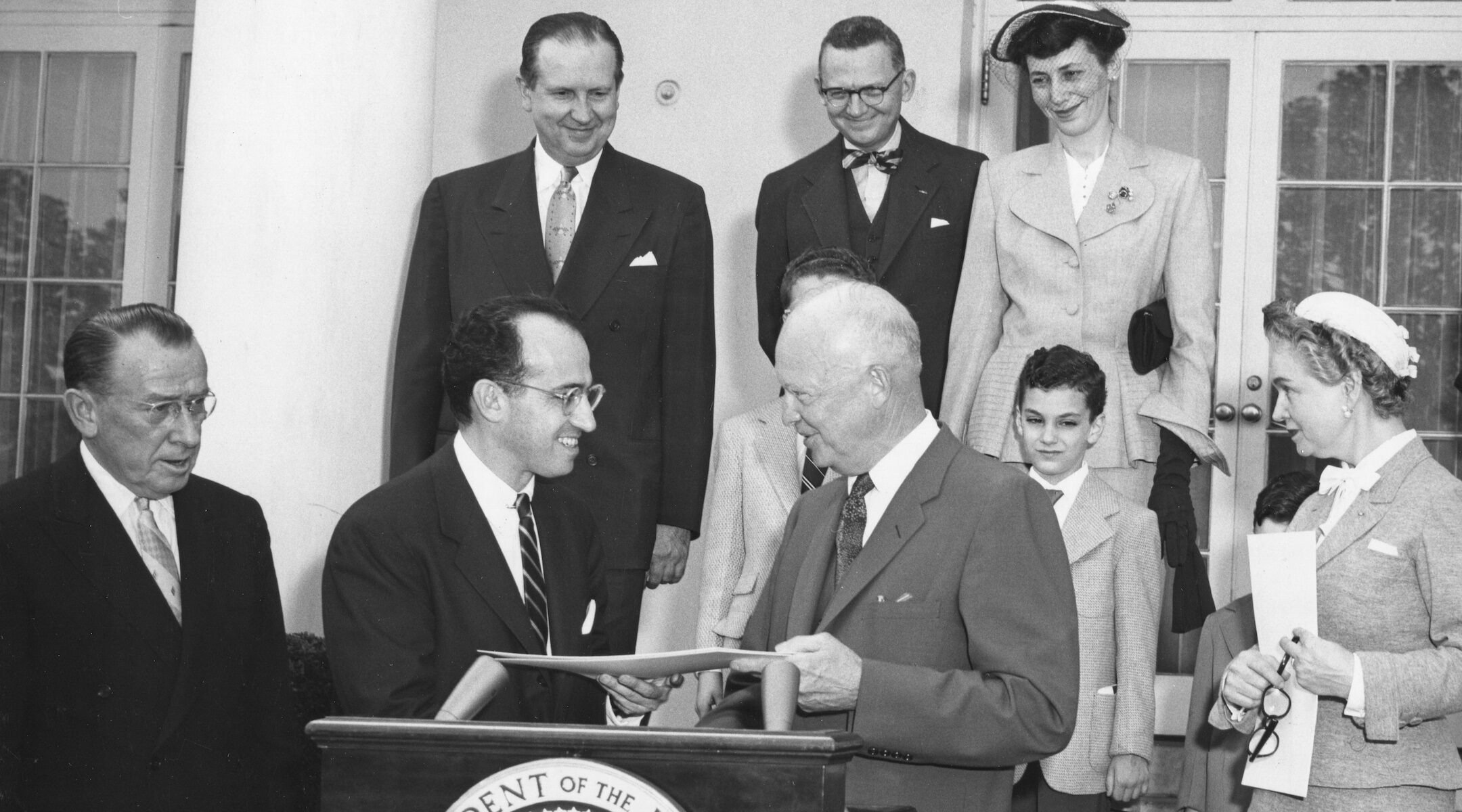 At a ceremony in the White House garden the President awarded a citation to Dr. Salk and expressed appreciation to him on behalf of “the countless thousands of parents and grandparents” whose fears have been dissipated by the Salk vaccine with which children throughout the nation are being inoculated. President Eisenhower read the citation which said:

“The work of Dr. Salk is in the highest tradition of selfless and dedicated medical research. He has provided a means for the control of a dread disease. By helping scientists in other countries with technical information; by offering to them the strains of seed virus and professional aid so that the production of vaccine can be started by them everywhere; by welcoming them to his laboratory that they may gain a fuller knowledge, Dr. Salk is a benefactor of mankind. His achievement, a credit to our entire scientific community, does honor to all the people of the United States.”

Dr. Salk, who was accompanied by his wife and children, expressed appreciation for the award on behalf of himself and all others who contributed. He said he hoped “that we may have the opportunity to see, again in our lifetime, the beginning of the end of other fears that plague mankind.” Congressional action is pending on a measure to establish an award for distinguished civilian achievement. Dr. Salk would be the first recipient of the award. President Eisenhower also presented a citation to the National Foundation for Infantile Paralysis.