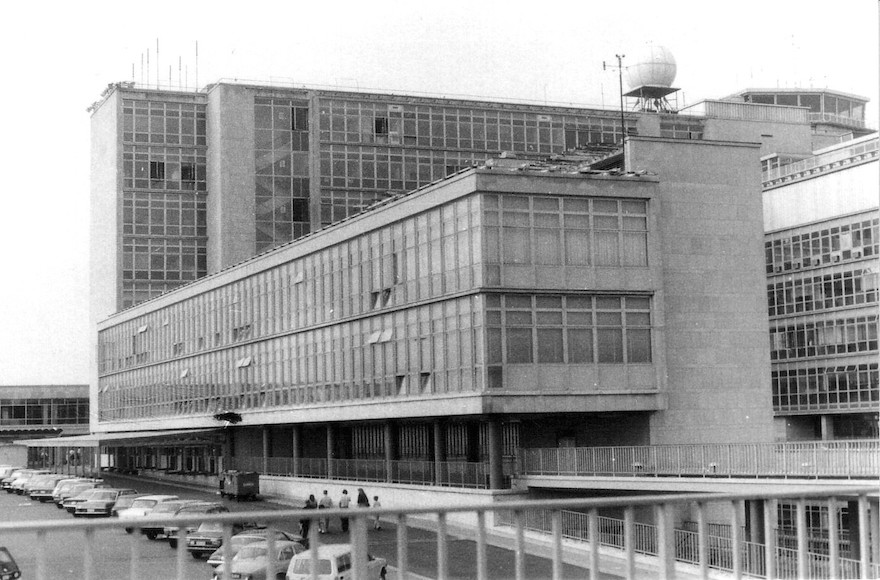 EI AI flight 334 is due to land at Ben Gurion Airport at midnight with passengers from Brussels who narrowly escaped a terrorist attack at Zavantem International Airport this afternoon. EI AI security guards helped foil the assault in a shoot-out in which two of the terrorists, identified as Arabs, were captured, and one of them wounded. No EI AI passengers or personnel were hurt. There was no immediate identification of the terrorists as being members of the Palestine Liberation Organization. (Belgian Red Crass officials said two people were hospitalized and 10 others treated on the spot for slight injuries.)

EI AI managing director Mordechai Hod said tonight that the terrorists threw two hand grenades in the duty-free shop area of the Belgian air terminal just after the EI AI flight from Tel Aviv had landed. EI AI security guards rushed to the scene of the explosions and joined Belgian gendarmerie who were battling the attackers. The latter tried to hide but quickly surrendered.

According to an Israel Radio report from Brussels, the terrorists had opened fire on passengers waiting to board the EI AI flight and others nearby. Hod indicated, however, that the scene of the attack was some distance from the EI AI embarkation and disembarkation gates. This raised questions as to whether EI AI passengers were the target. But an official at the Pan American Airways gate said there was no doubt that the attack was aimed at EI AI. He said the terrorists simply made a mistake. They were handed over to Belgian authorities.

(In Washington, the State Department condemned the terrorist attack but refrained from condemning the PLO. See related story p. 3.)

(In New York, the Conference of Presidents of Major American Jewish Organizations denounced the attack as “a savage and obscene act” that “confirms once again that Yasir Arafat and his band of murderers must be quarantined by civilized society. Those who find ‘moderation’ in the PLO deceive themselves and imperil the safety of innocent people everywhere.”

(Also in New York, Nathan Perlmutter, national director of the Anti-Defamation League of B’nai B’rith, sent a telegram to Secretary of State Cyrus Vance saying: “It is ironic and instructive that at a time when a State Department visa has been granted to Shafik AI-Hout, PLO representative in Lebanon, to lecture at U.S. universities, and PLO supporters are stressing the ‘moderate’ role of this murderous group, PLO assassins attack innocent passengers in the Brussels airport lounge. We respectfully request reconsideration of your position on AI-Hout.”)