Four American Jewish Scientists Named ‘Men of the Year’ for Once 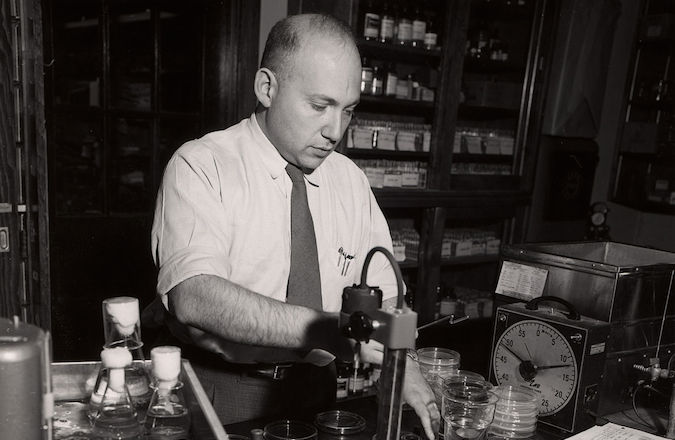 Four Jewish scientists were picked by Time Magazine this week among 15 American scientists named as “Men of the Year,” it was reported today in the latest issue of the news magazine. They are:

Dr. Lederberg, aged 35, and Dr. Glaser, 34, are the youngest among all of the 15 scientists was picked by Time as 1960 “Men of the Year.” Each is a winner, as is Dr. Rabi. Dr. Jeller, who is 53, is the man called “father of the hydrogen bomb.” While many other scientists collaborated in the development of the H-bomb, his work is credited, according to Time, “with the basic and original insight that made the finished product possible.”

Dr. Rabi, 62, won a Nobel Prize in 1944 for his experiments in molecular Physical which were vital to American atomic research. He is now on the faculty of Columbia University. Dr. Lederberg received the Nobel Prize in 1958 for his discovery of bacteria infected with certain viruses that may suffer hereditary changes. He is at the School of Medicine of Leland Stanford University. Dr. Glaser received his Nobol Prize only this month, sharing it will another American scientist. He developed so called “bubble-chamber” for photographing atomic particles. He is now at the University of California. Berkeley.