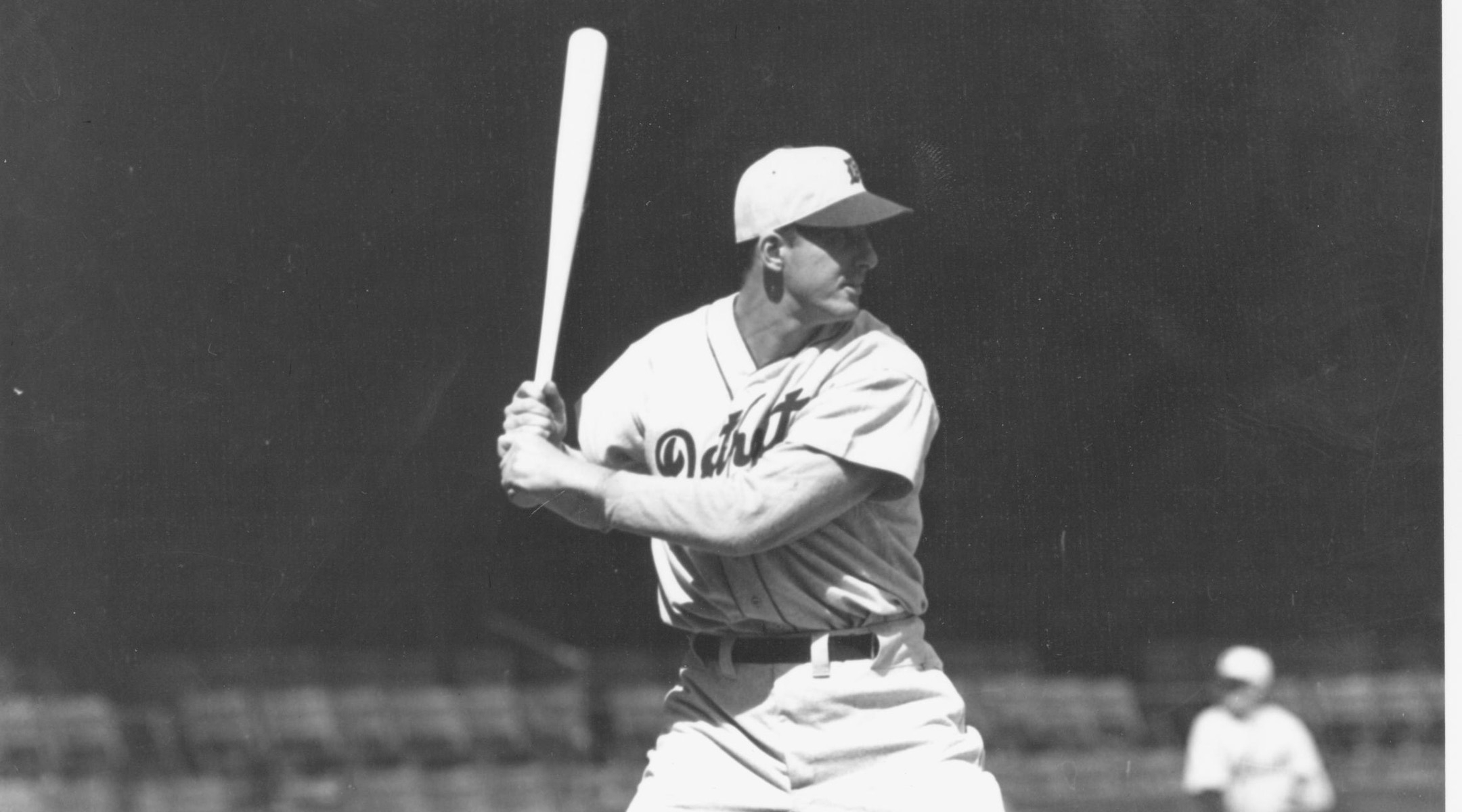 Harry Benjamin “Hank” Greenberg, the slugging first baseman who became the first Jewish inductee into the Baseball Hall of Fame, died last Thursday at his Beverly Hills, Calif., home. He was 75 and had been ill with cancer for 13 months.

Raised in the Lower East Side of Manhattan and the Bronx, Greenberg was a high school baseball star and basketball player. He played first base and left field with the Detroit Tigers for 12 seasons, (1930,1933-41,1945-46) interrupted by the more than four years that he served in the Army Air Corps during World War II. He spent his final season, 1947, with the Pittsburgh Pirates.

Greenberg hit 331 home runs in his career, with 1,276 runs batted in and a 313 lifetime batting average. In 1938, he hit 58 home runs, the most ever by a right-handed batter. He led the American League in home runs five times and runs batted in four times, and was the League’s Most Valuable Player in 1935 and 1940. In four World Series he batted .318.

In addition, he was elected into the International Jewish Sports Hall of Fame.

As the first great Jewish baseball player of this century, Greenberg used to recall “Remarks about my being a ‘sheenie’ and a Jew all the time.” But he denied rumors that anti-Semitism among opposing players thwarted his unsuccessful attempt in 1938 to break Babe Ruth’s record for home runs in a season.

Not religious, Greenberg nevertheless sat out a game during Yom Kippur at the height of the League race for first place. A Detroit newspaper carried a headline in Hebrew that day, accompanied by the English translation: “Happy New Year, Hank.”

Greenberg apparently condemned the racism that the first Black major league baseball player constantly faced. As Greenberg stood near Brooklyn Dodger Jackie Robinson at first base during a 1947 game, Greenberg told him: “Don’t let them get you down. You’re doing fine. Keep it up.”

Robinson later said that was the first encouragement he received from an opposing player. “Hank Greenberg has class,” he said. “It stands out all over him.”