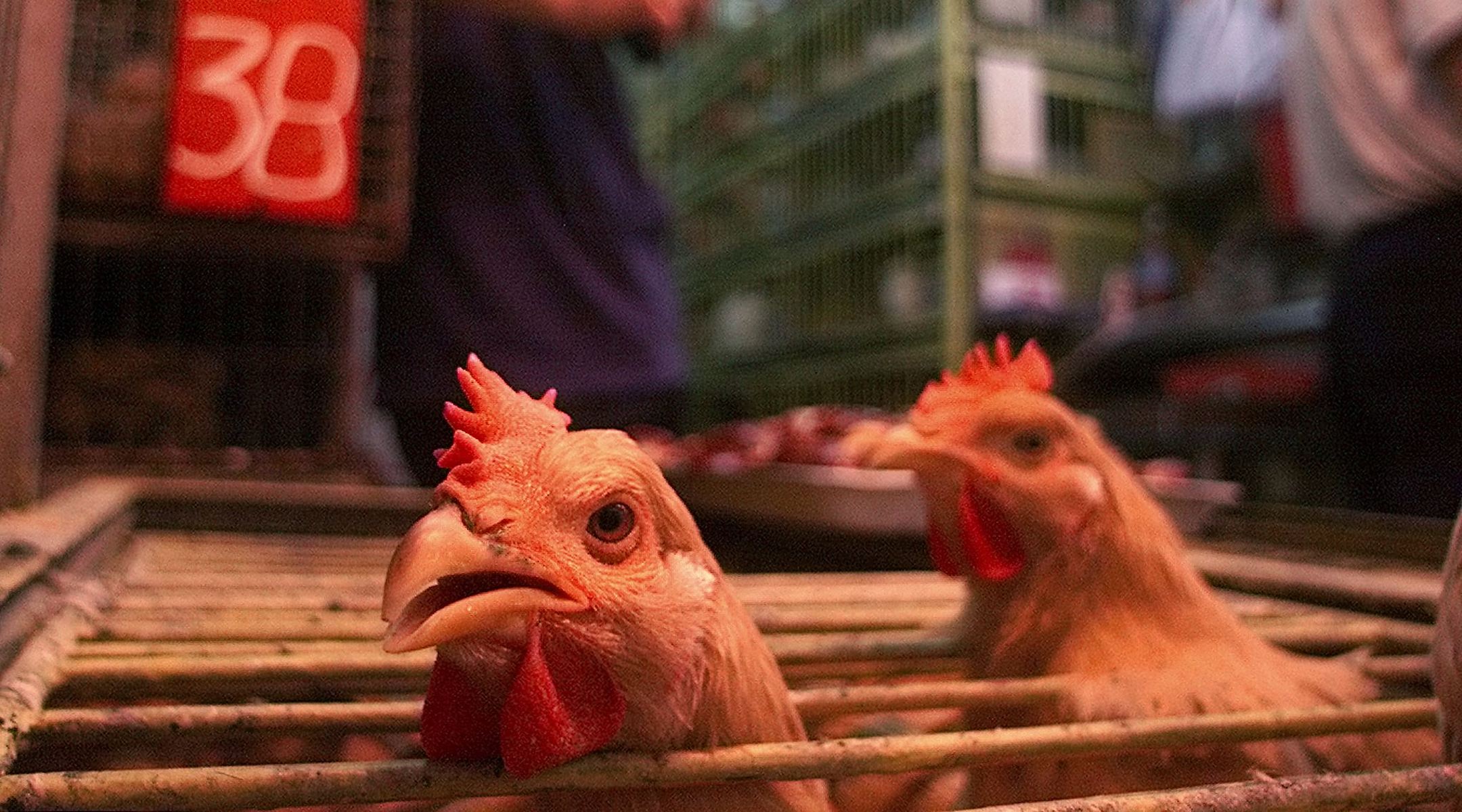 For once, terrorists are not the infiltrators most worrying Israelis. The Jewish state joined the fraternity of nations affected by avian flu over the weekend, when a contagion in the Negev prompted the mass sorting of poultry and quarantine of several farm personnel.

“The fact that avian flu has been discovered warrants serious attention, but I recommend we stay calm to ensure this does not spread to humans,” he told his Cabinet on Sunday.

Formally known as H5N1, avian flu has reached across Europe, Africa and parts of Asia since 2003, killing at least 100 people who caught it from infected fowl, and killing or forcing the slaughter of tens of millions of chickens and ducks across Asia. Scientists fear it may mutate into a strain communicable between humans, triggering a global pandemic.

Although health officials did not immediately confirm that ailing turkeys discovered at four Negev farms had been the victims of H5N1, the government took no chances, ordering all poultry at the affected sites poisoned and buried.

Some $3.4 million was earmarked to compensate farmers for their losses. Some 400,000 to 500,000 turkeys and chickens would be killed; Israeli farmers annually raise 200 million birds for food.

Four agricultural workers who showed signs of the flu were hospitalized. But tests revealed they were clean of H5N1.

Agriculture Minister Ze’ev Boim said closures had been imposed on the four Negev farms to prevent the avian flu penetrating northward. He predicted that the outbreak would be eradicated within 45 days.

Officials have also played down media reports that some infected poultry may have already reached stores, noting that the meat could be consumed as usual if properly cooked.

“There is no lack of meat, and the public need not fear meat bought in recognized stores,” Boim said.

Despite the ministry’s assurances, poultry and egg sales dropped in Israel over the weekend, Ha’aretz reported. The Israeli daily quoted predictions from economists that more than 40 percent of the businesses in the poultry, egg and meat sectors are in danger of going out of business as a result of the expected drop in sales.

In neighboring Egypt, a 30-year-old woman died of avian flu, stoking regional jitters. Israel has been cooperating closely with Jordan and the Palestinian Authority, testing dead fowl found in the West Bank and Gaza Strip on behalf of their owners.

Despite the testing, Palestinian heath officials buried alive hundreds of chickens on Saturday, saying they did not want to risk waiting for the results.

With Hamas on the verge of forming a government in the Palestinian Authority, a cutoff of diplomatic ties seems inevitable. But one Israeli official voiced optimism that this would not affect efforts to keep avian flu at bay.

“I hope that the very close cooperation which we have with our neighbors will continue. Everybody has to eat,” said Moshe Haimovitch of the Agriculture Ministry.