In Deference to Jewish Justices, Supreme Court to Delay Opening 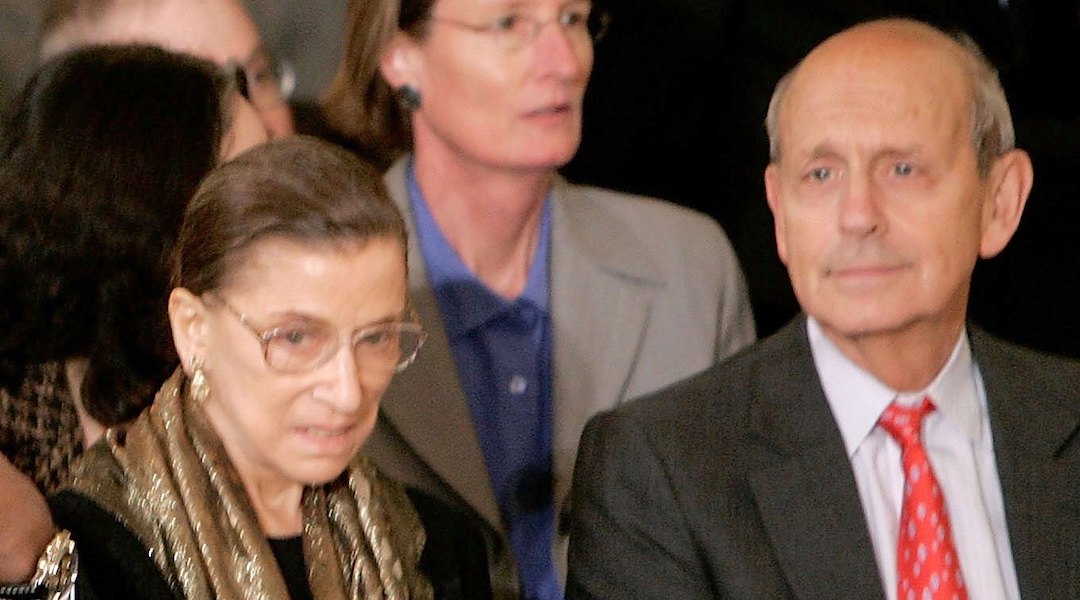 Ruth Bader Ginsburg and Stephen Breyer at the swearing in ceremony for Samuel Alito in the East Room at the White House, Feb. 1, 2006. (Mark Wilson/Getty Images)
See Original Daily Bulletin From This Date
Advertisement

The only pleas Ruth Bader Ginsburg and Stephen Breyer will be hearing the first Monday of this October are their own, for atonement.

For the first time in its 28-year tradition of opening its sessions on the first Monday of October, the Supreme Court will forego arguments in deference to its two Jewish judges, who will be observing Yom Kippur.

Instead, the seven other judges will convene only to admit new attorneys to the highest court’s bar and to announce which cases they have decided to hear in the new season and which they have rejected.

Arguments will begin only on Tuesday.

This is not the first time the court has suspended arguments for the holiday. In 1995, the court suspended arguments when Yom Kippur fell on the first Wednesday of October. Ginsburg, Breyer and Chief Justice William Rehnquist — who had undergone back surgery — all were absent that day. But the justices had opened on schedule and heard arguments on Monday and Tuesday of that week.

Additionally, that suspension was not explicitly in deference to the holiday, even if that implicitly was the case, court spokeswoman Kathy Arberg said. This year’s announcement said the decision was made “so that Yom Kippur may be observed.”

According to a clerk of Justice Felix Frankfurter in the mid-1940s, Louis Henkin, such deference was unimaginable in the time of Frankfurter, a Jewish justice who served on the court from 1939 to 1962.

Jews were just happy to be employed by the court and would never have dreamed of asking for the day off, he said.

Henkin, now in his 80s, slept Friday nights on the couch in Frankfurter’s chambers in order to attend the court’s weekly conference on Saturday. At the conference meetings, Henkin was careful not to write.

Henkin’s observance was so subtle that Frankfurter, who did not observe the Sabbath or holidays, might not even have noticed that his clerk was keeping the religious laws.

Henkin’s was not an unusual approach at that time, said Marc Stern, a church and state expert who directs the Commission on Law and Social Action of the American Jewish Congress.

“Jews were happy to have been hired, to be on the court,” Stern said. The attitude toward Jews was “more in the mode of tolerance than of accommodation.”

The court began hearing cases on the first Monday in October in 1975. The tradition before then was to begin the month with conferences to consider the cases before the court. Nowadays those are held in the last week in September.