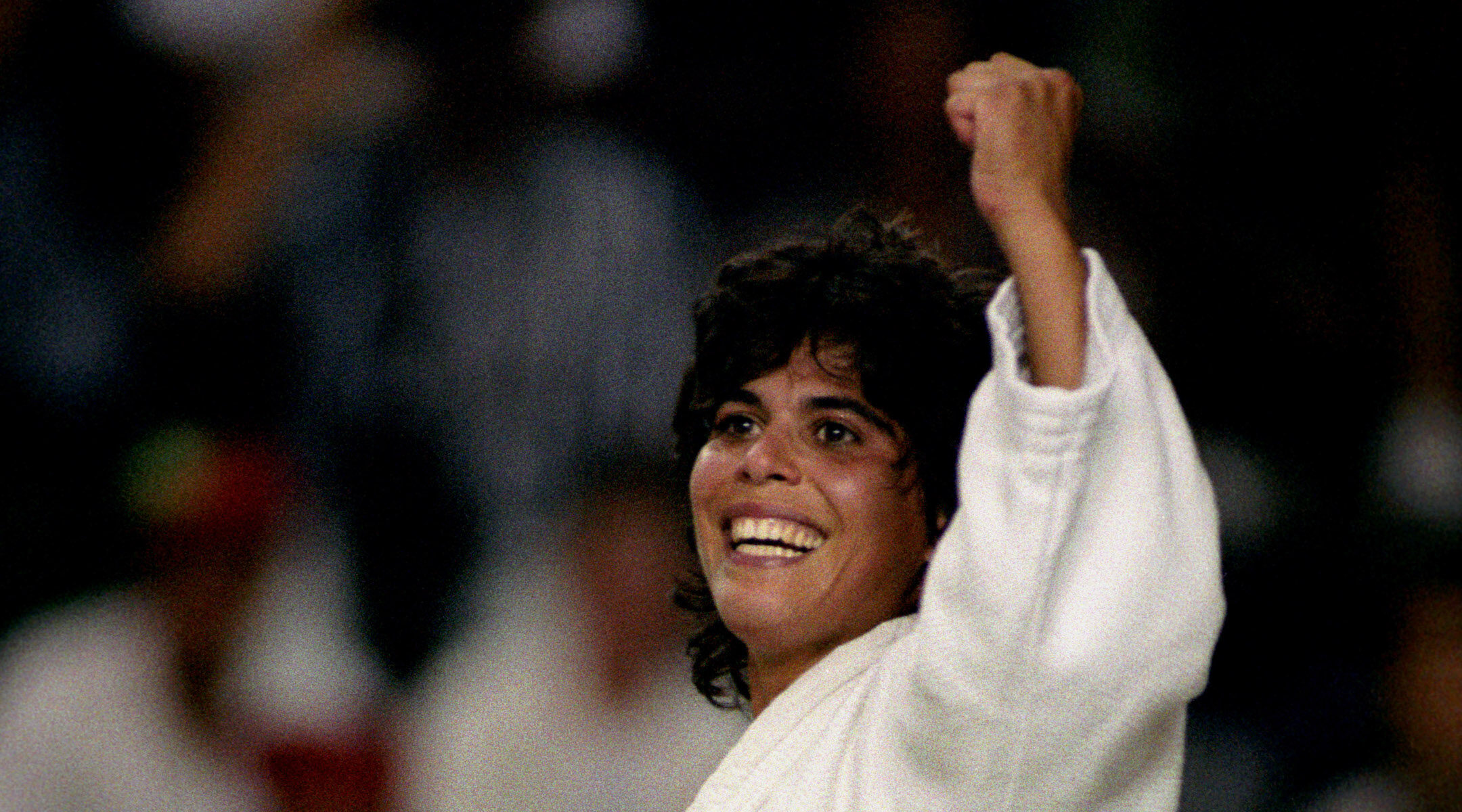 Israelis are walking tall this week, after the country garnered the first Olympic medal in its history. And it won not just one medal, but two.

Arad’s match against the German, Frauke Eickoff, kept viewers at the edge of their seats. The match was so close, in fact, that the Israeli TV announcer judged Eickoff the winner. But when the judges declared Arad the victor, one could hear the cheers from every open window.

About 11 p.m. Israel time, Arad faced off against Catherine Fleury of France. Arad, 25, competes in the half-middleweight (134 1/2 pounds) division.

Again, the match was very close, but the Israeli seemed to be ahead. Viewers were therefore more than a bit disappointed when the judge’s split decision gave the gold to Fleury and the silver to Arad.

The next day, newspapers and radio were filled with praise for the country’s “best athlete.” The headline in Ma’ariv exclaimed, “Arad Equals Silver, But for Us She is Gold.”

Yediot Ahronot ran a headline in the national colors of blue and white that screamed “After 2,000 Years.”

Arad’s mother, a writer for Yediot, wrote a front-page story that began simply: “My daughter Yael did it!” There were many plays on the family name Arad, which means bronze in Hebrew.

Prime Minister Yitzhak Rabin sent a telegram to Arad — who had been named Israeli Sportsperson of the Year in 1991 — congratulating her on behalf of the country.

Arad herself touched on the deep sentiments aroused by her victory. At the post-medal ceremony news conference, she dedicated her medal to the Israeli athletes massacred at the Munich Olympics 20 years ago.

“Maybe now we can say, if it is possible, that we have avenged this murder,” Arad told reporters. “I think we owe it to the families and the people in Israel. We’ll never forget it, but maybe today it is something that will close the circle.”

And then just when the media seemed to have exhausted every accolade, Israeli judo competitor Oren Smodga won a bronze medal on Friday night in the men’s lightweight (156 1/2 pounds) event. The win was a complete — but happy — shock to most Israelis because the media had described Arad as “our last hope for a medal.”

Whether on the Tel Aviv beach, the bus to Haifa, or in the alleys of the Old City of Jerusalem, people were talking about the medals.

“The entire country is proud of their achievements,” said Shlomo, the owner of a T-shirt store in Haifa. When asked whether he was selling any Olympics T-shirts featuring the Israeli athletes, he replied, “No way. This is a moment of pride, not the royal wedding.”

While the shopkeepers may change their tune once the athletes return home next week to a hero’s welcome, local sports officials are openly trying to capitalize on the Israelis’ strong Olympic showing.

“We hope to attract more people, especially children, to take up sports,” said Baruch Dagon, spokesman for the Sports Federation of Israel. “Right now, it’s too early to tell whether more kids will join sports clubs as a result of our medals. We’ll have to wait until September, when school begins.”

Noting that only 0.3 percent of the national budget goes toward sports activities and facilities, Dagon expressed hope that the government may now be more generous in its funding.

“We need more money to train our athletes, on both the lower and higher levels,” he said. “But one way or the other, we’ll be in Atlanta for the next Olympics, and we’ll be ready.”