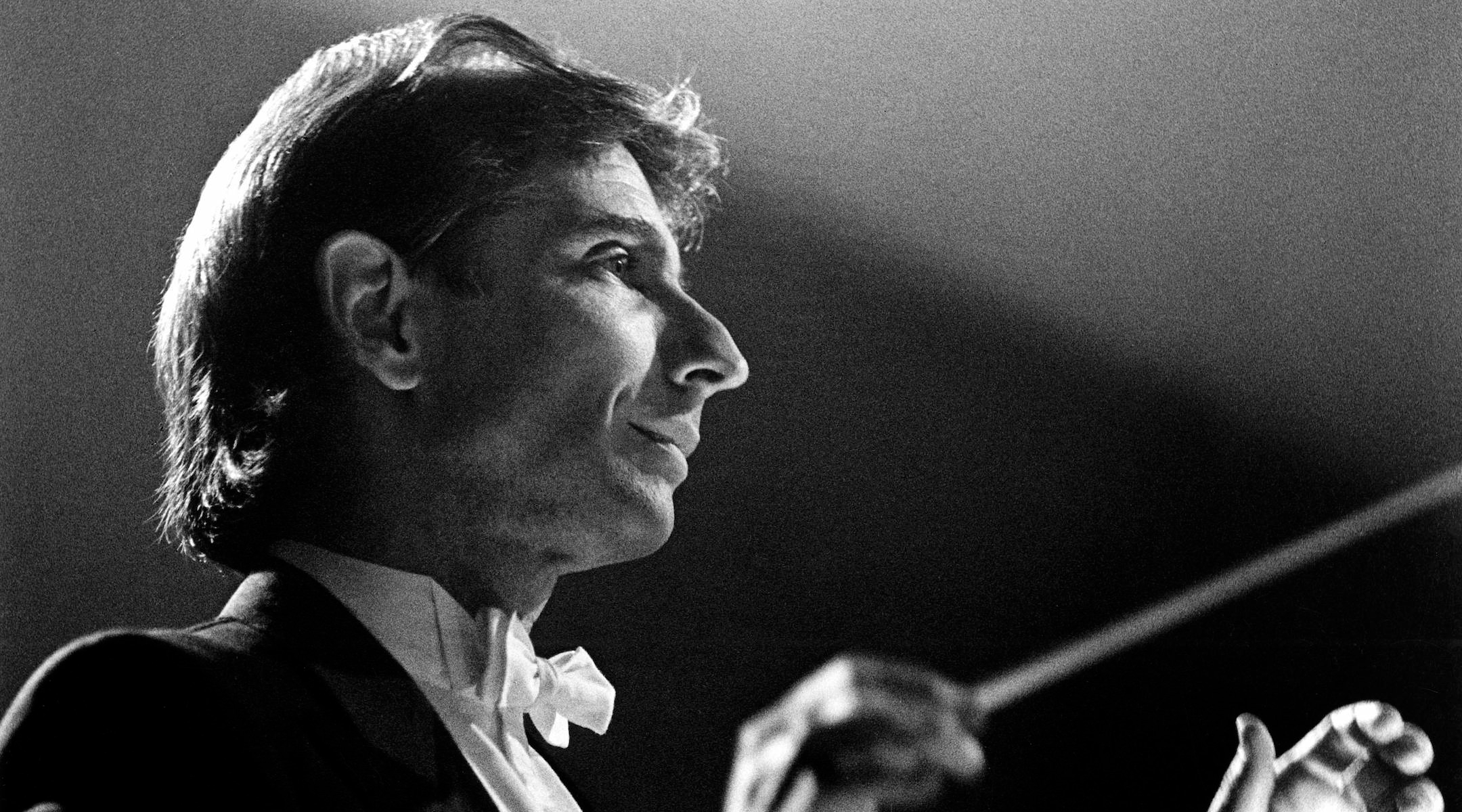 A well-known conductor has apologized for including an English translation of a 19th-century Russian poem offensive to Jews in the program of a children’s concert, held Feb. 10 at the Barbican Concert Hall.

It was one of Tchaikovsky’s “Songs for Children” which comprised the second half of a concert by the London Symphony Orchestra, conducted by Michael Tilson Thomas, to which a number of primary schools had been invited.

Tilson Thomas, grandson of fabled Yiddish actor Boris Thomashevsky and a self-described “extremely aware Jew,” wrote to the headmasters of all the schools, saying,” I regret very much that this should have happened.”

Tilson Thomas, who often conducts youth concerts, explained that the translation was of a poem, “Legend,” by Alexei Pleshcheyev, which Tchaikovsky set to music. The poem tells about Jesus’ rose garden, which Jewish children despoil, leaving Jesus with only his crown of thorns.

“This song was one of Tehaikovsky’s most famous pieces in his own lifetime, the only one he chose to orchestrate.” the conductor wrote.

Joe Shub walked out of the concert with his two children and sent an angry complaint to the orchestra. He said he was “not satisfied” with the conductor’s letter, which he described as a “defense of Tchaikovsky.”