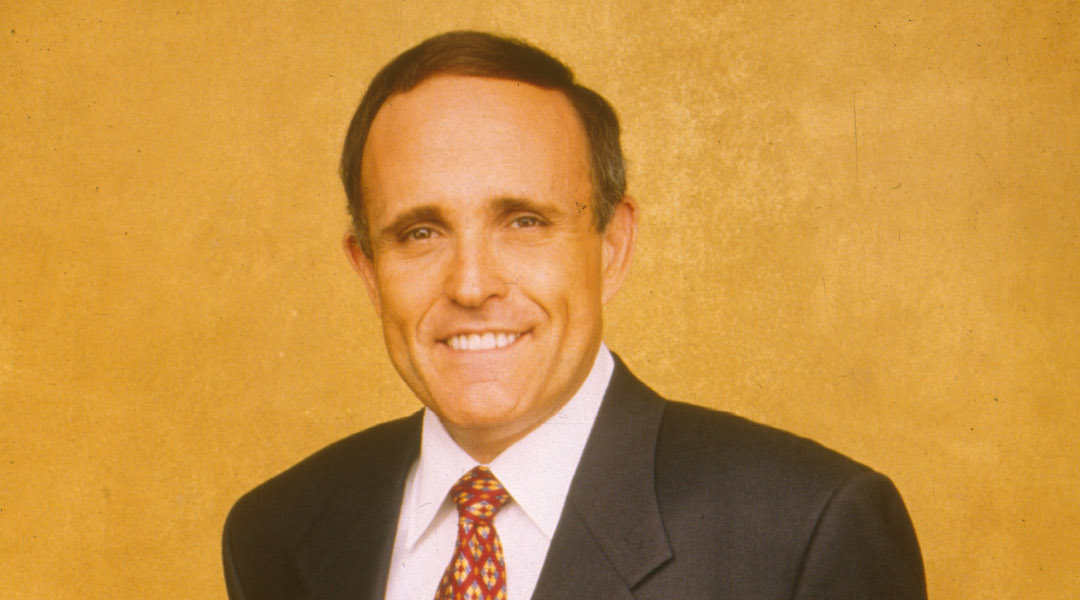 Jewish voters are being credited with helping Rudolph Giuliani become the first Republican elected mayor of New York City since 1965, rallying behind him in larger numbers than virtually any other group in the city in the closest mayoral race in a century.

News media analyses of the exit polls showed that Giuliani received from 60 to 67 percent of the Jewish vote.

Exit polls conducted by Voter Research and Surveys found that only 4 percent of the voters questioned considered incumbent Mayor David Dinkins’ handling of the Crown Heights riots to have been a major factor in their vote.

The riots in August 1991 occurred after a car driven by a Chasidic man accidentally struck and killed a 7-year-old black child, Gavin Cato. His death sparked four days of violence in the mixed Jewish and black enclave of Brooklyn.

During the riots, Yankel Rosenbaum, an Australian scholar, was knifed to death after a group chased him, yelling, “Kill the Jew.” The man charged in his death was acquitted.

Among the findings of a state report on the riots was that Dinkins had been remiss in giving directions to the police to quell the disturbances.

The riots’ impact on Jewish voters was not immediately available, but several observers expressed surprise that Crown Heights had not hurt Dinkins more.

Michael Miller, executive director of the Jewish Community Relations Council of New York, said such results “send a message to our friends in Crown Heights that New Yorkers as a whole factor in many elements in deciding who to vote for.”

“Such things as crime, drugs, housing, education and homelessness are the issues that decided this race,” Miller said.

That became apparent during interviews with New Yorkers on Election Day on the Upper West Side of Manhattan.

Arthur D’Lugoff, 69, said he and his wife, Avital, had considered Crown Heights but believed it did not outweigh Dinkins’ “overall record.”

Meryl Meiteles, 31, said she was voting for Giuliani because “I think New York needs a tough Italian. New York is deteriorating, crime is up. He (Dinkins) had four years to straighten out the city and he didn’t seem to do it.”

Exit polls found that two out of three voters believed that crime was the most important issue facing the city. Fully 55 percent of them said crime was worse than it was four years ago, and two-thirds of those voted for Giuliani.

Crime, competence and quality of life were major campaign themes for Giuliani, a former U.S. attorney for Manhattan.

Dinkins had stressed his ties to a Democratic president in the White House. And to counter a perception that crime in the city was up, he cited FBI figures that showed a drop in the seven major categories of crime. He also stressed that he had put more police on the streets.

During the campaign, Dinkins also sought to pull together the city’s diverse populations to rebuild the coalition that helped him defeat Giuliani by just 2 percentage points in 1989, making him the city’s first black mayor. But in the end, he was unable to overcome a relatively small erosion of support.

Miller said the Jewish community has had a “long-standing relationship with Rudy Giuliani. As U.S. attorney, he traveled to Israel with the JCRC. We’ve also maintained contact with the mayor-elect during his tenure as U.S. attorney and over the last four years.”

He said the JCRC, the umbrella Jewish organization in the New York area, is “confident that the concerns of the Jewish community, in particular, will be given the highest level of attention.”

On the Upper West Side, which is composed of largely liberal, younger and more assimilated Jews, Dinkins received 62 percent of the vote there this year, compared with 60 percent four years ago.

In contrast, Jews on the Lower East Side who are generally older, from union families and more religiously observant, increased their vote for Giuliani. Four years ago they gave him 72 percent of the vote; this year they gave him 81 percent.

In Borough Park, Giuliani received 97 percent of the vote, compared to 87 percent four years ago. The percentage of Jews who voted there dropped slightly from 79 percent to 75 percent.

Jews comprised 18 percent of the overall vote this year, compared to 17 percent in 1989.

About 1.7 million New Yorkers voted this year, a figure that was down by about 100,000 votes from 1989. And although it had been widely thought that the Crown Heights issue would have increased the percentage of Jewish voters, there was a slight drop in the number who actually went to the polls.

This year’s was among the ugliest, with the race card being injected by everyone from a policeman who said Hispanics should not vote for Herman Badillo, the Republican-Liberal candidate for city comptroller, because he married a Jew, to President Clinton, who suggested that some whites would not vote for Dinkins because he is black.

In becoming the 107th mayor of the city and the first challenger to unseat an incumbent mayor here since Fiorello LaGuardia did it in 1933, Giuliani, 49, immediately sought to reach out for the support of all New Yorkers. In his victory statement, he called for a “time of healing.”

In a gracious concession speech, Dinkins, 66, asked all New Yorkers to “pray for our city and our next mayor.” He said the city must not be divided and he called for his supporters to stand with Giuliani. “He needs our partnership; he has earned it.”