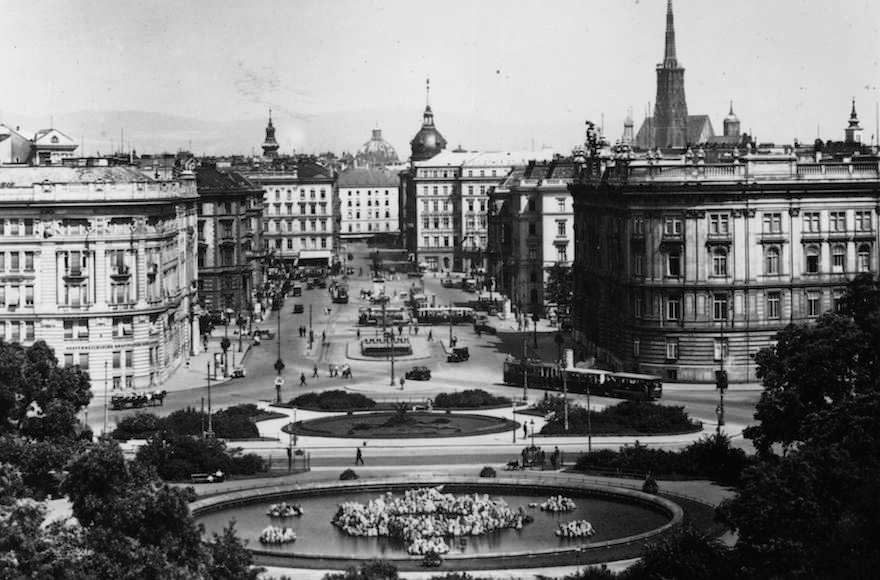 circa 1935: A square in Vienna with an ornamental pond and garden in front of a wide street with trams. (Photo by Fox Photos/Getty Images)
See Original Daily Bulletin From This Date
Advertisement

Crowds of Nazis attacked Jews in the principal streets, on the tram-cars and in the cafes to-day, on the occasion of the opening meetings of the Vienna City Council and the Vienna State Parliament.

The cry “Jews, go to Palestine!” was raised repeatedly by the Nazis in the vicinity of the Parliament building. Many Jews have been injured.

The police were slow at first in taking action against the Nazis, but afterwards they adopted a vigorous attitude in putting a stop to the disorders and dispersing the rioters.